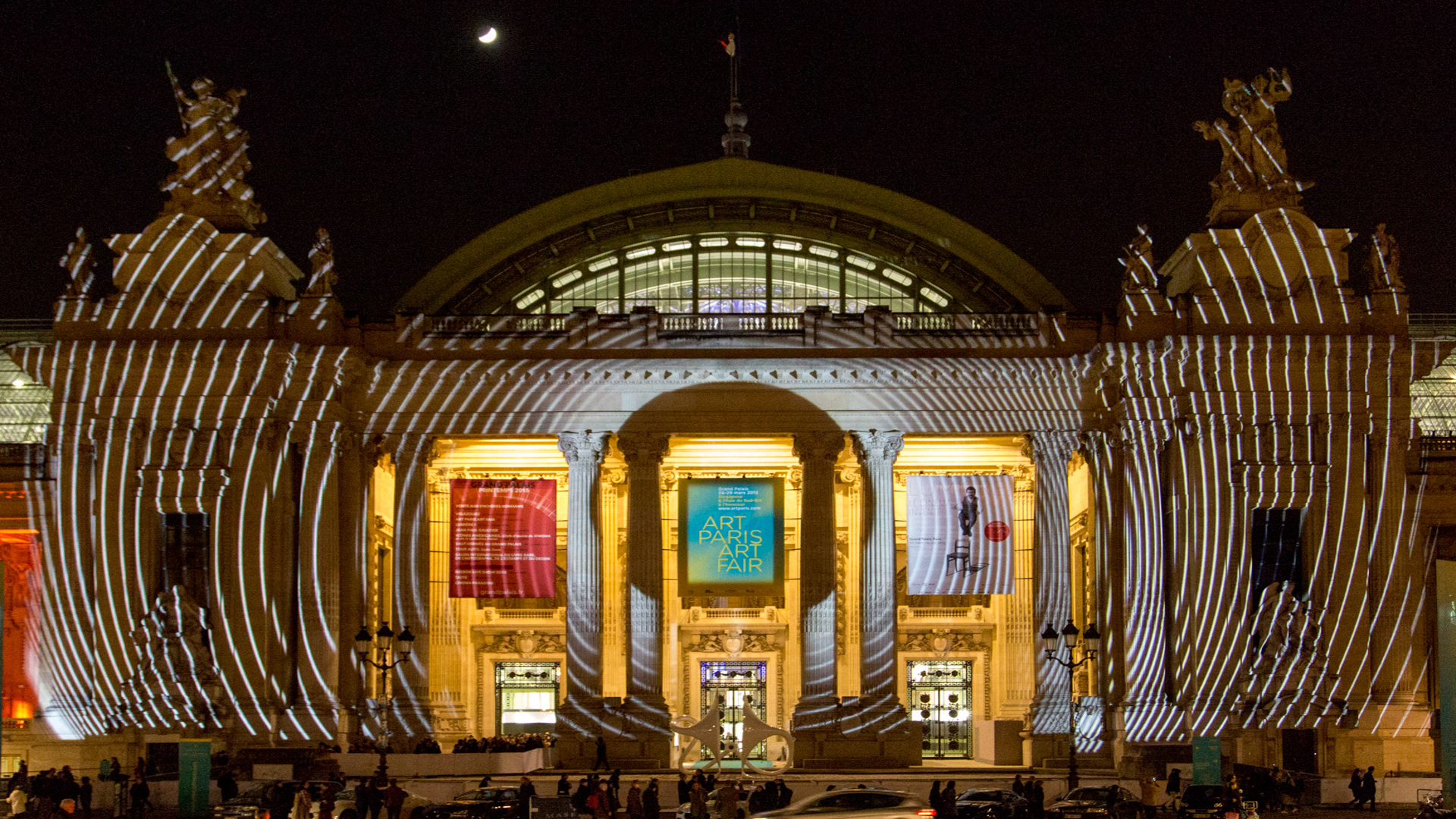 A Concentric Study: The Grand Palais 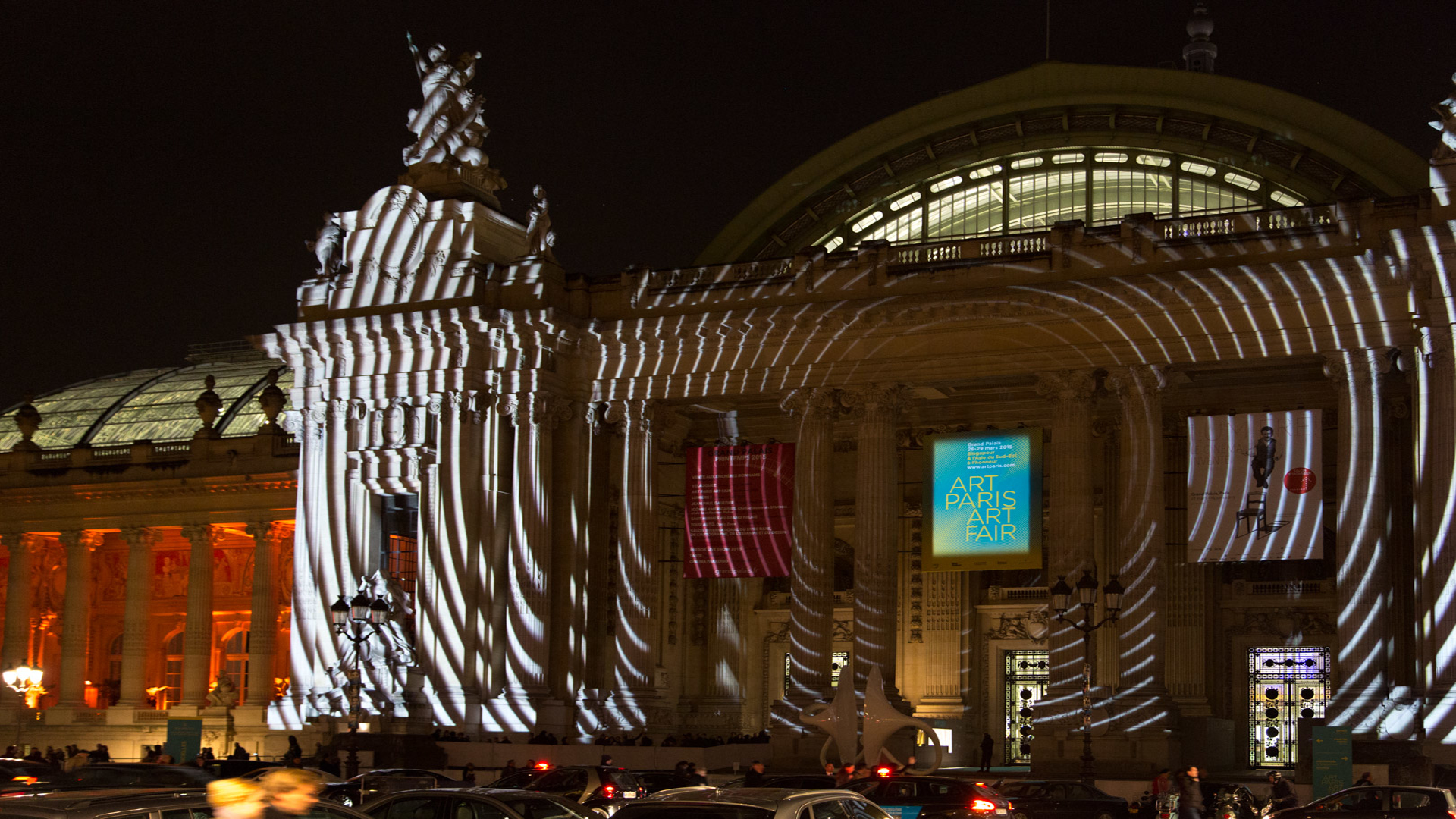 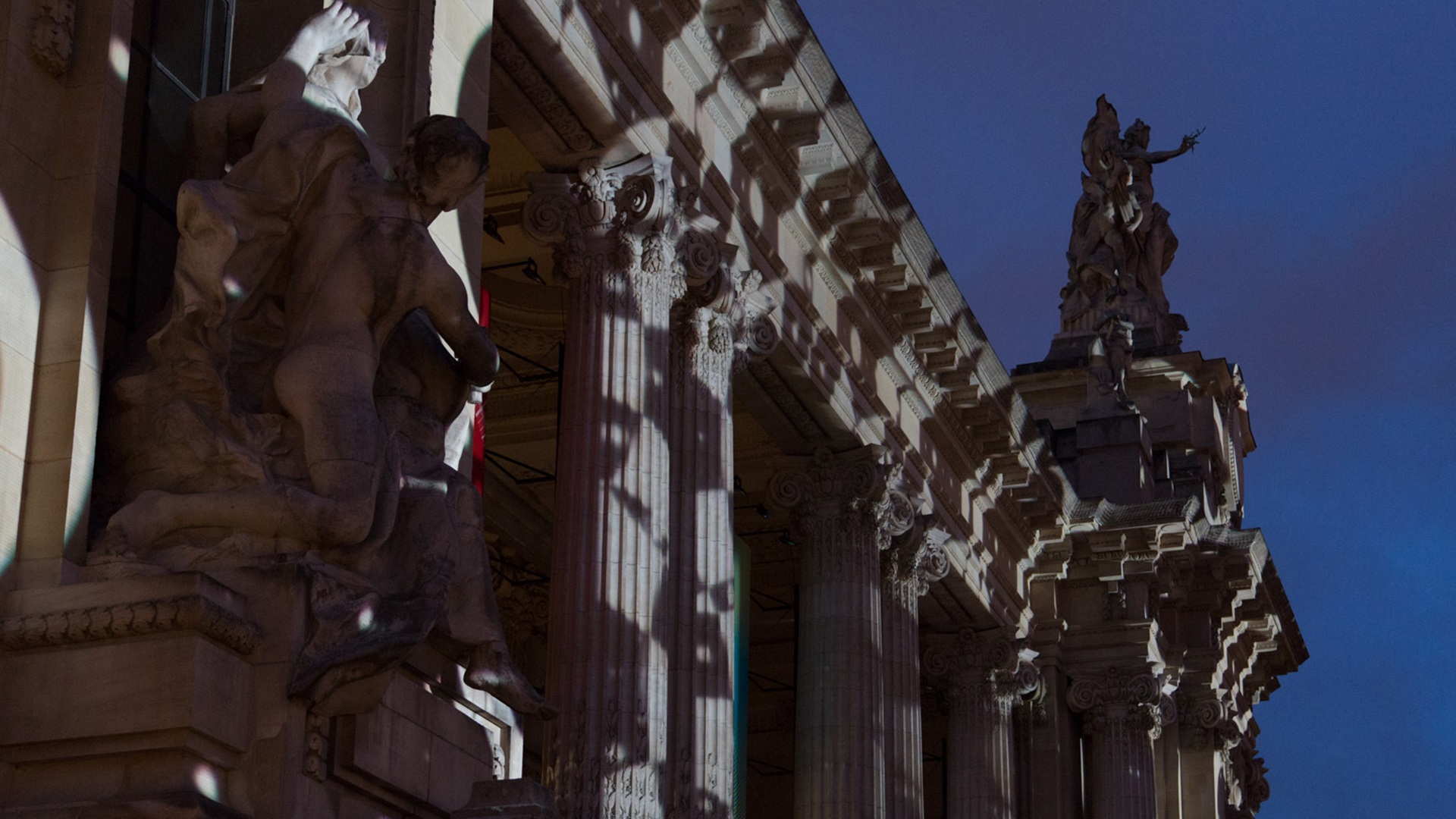 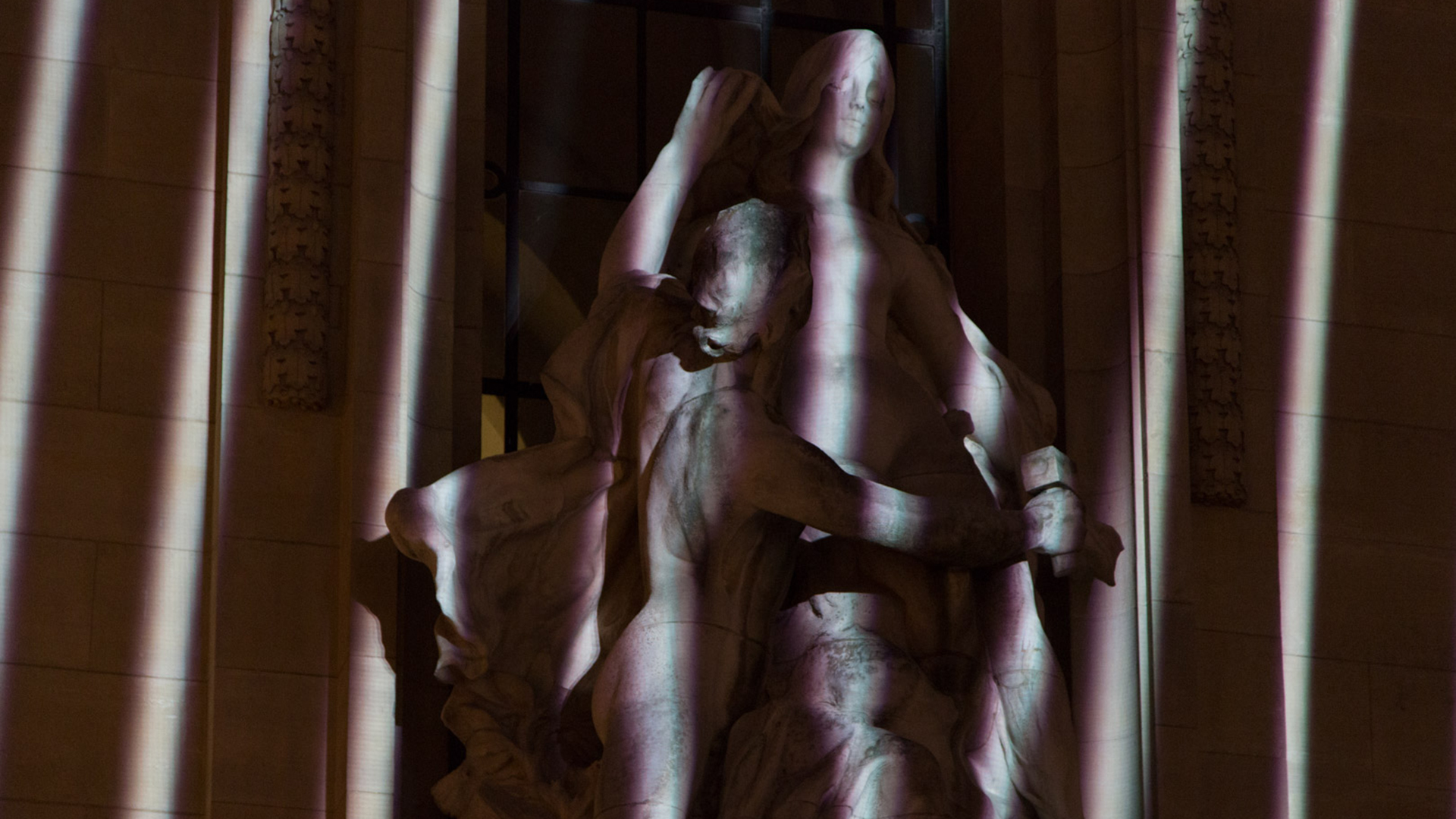 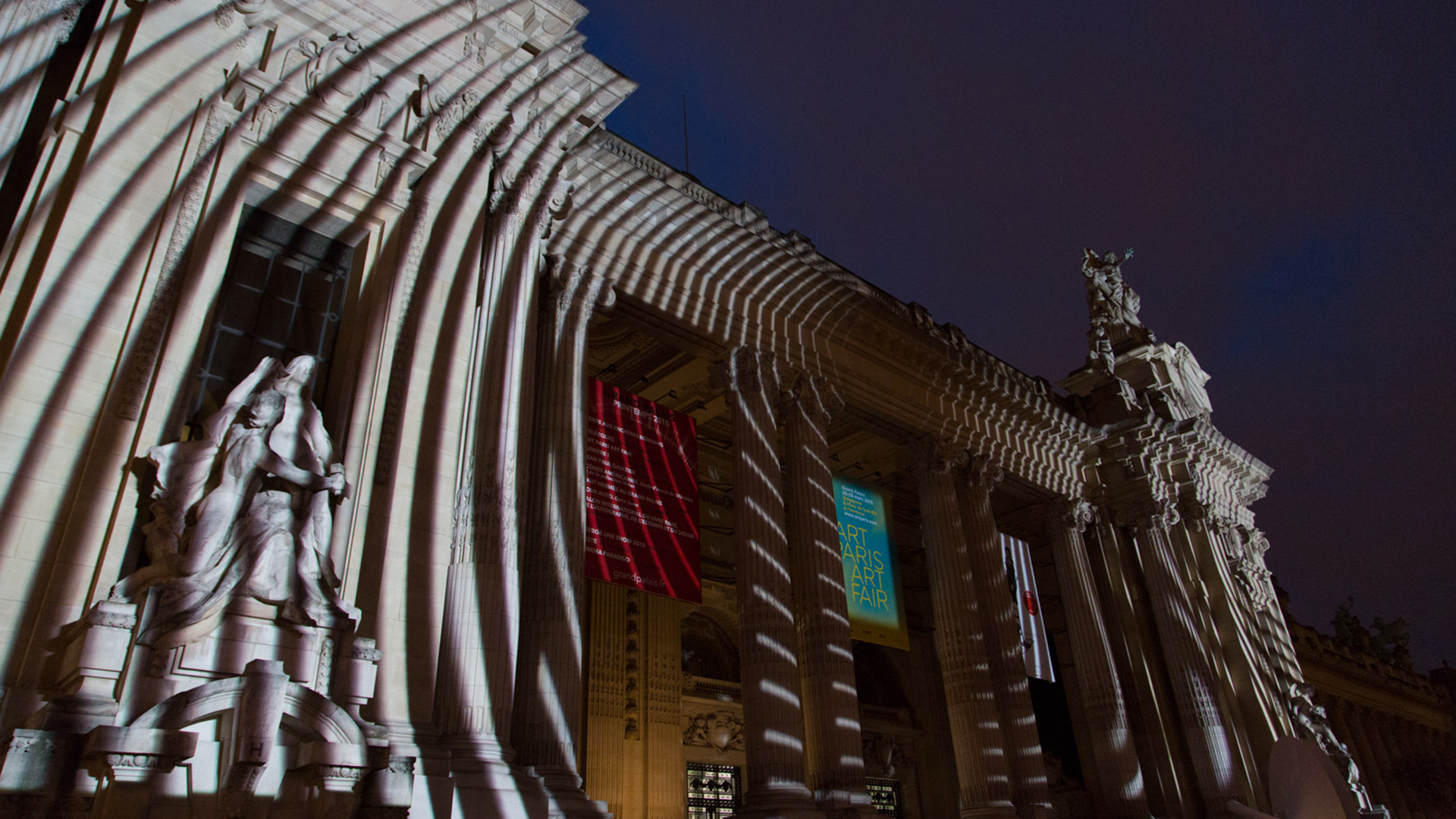 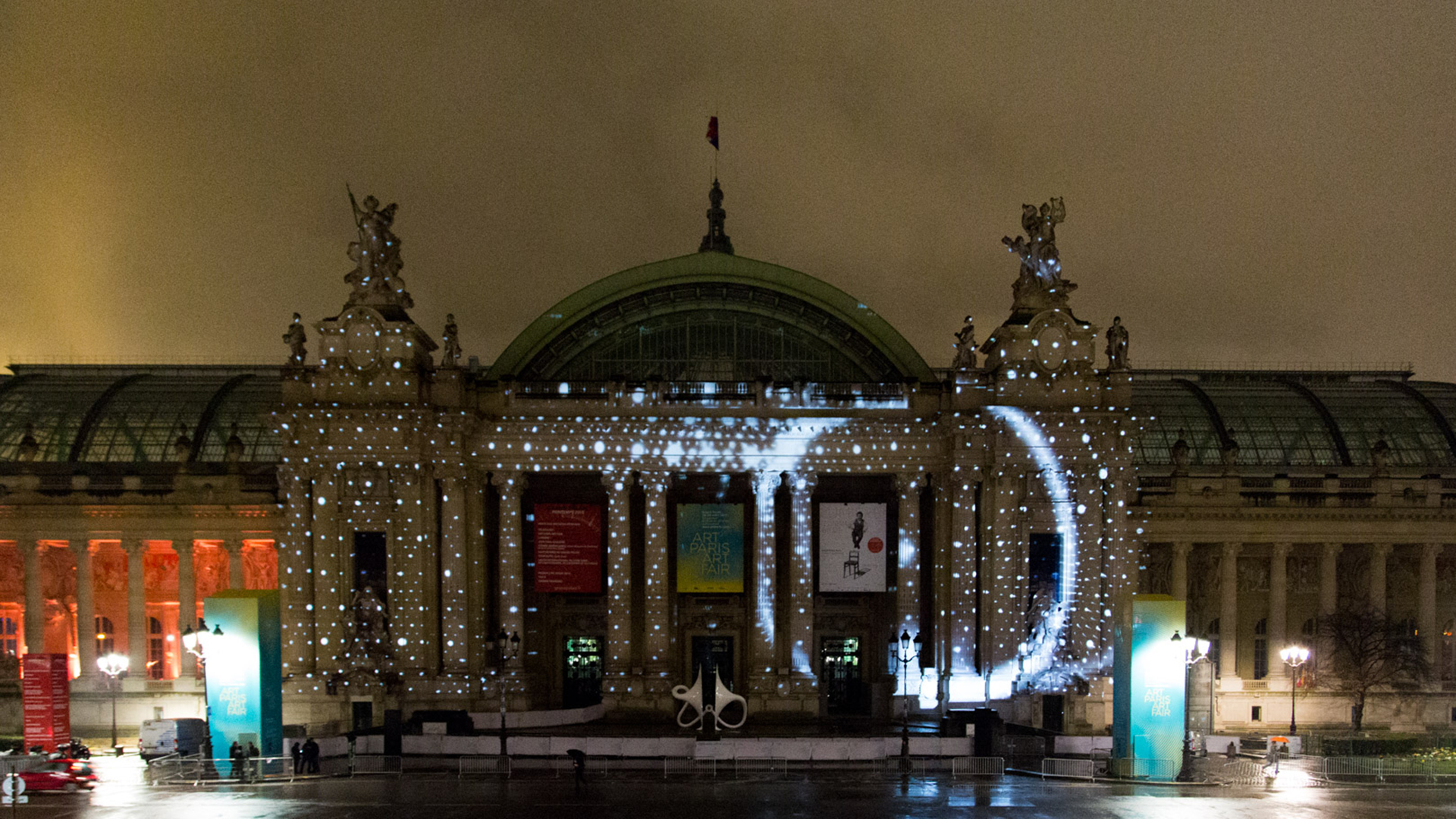 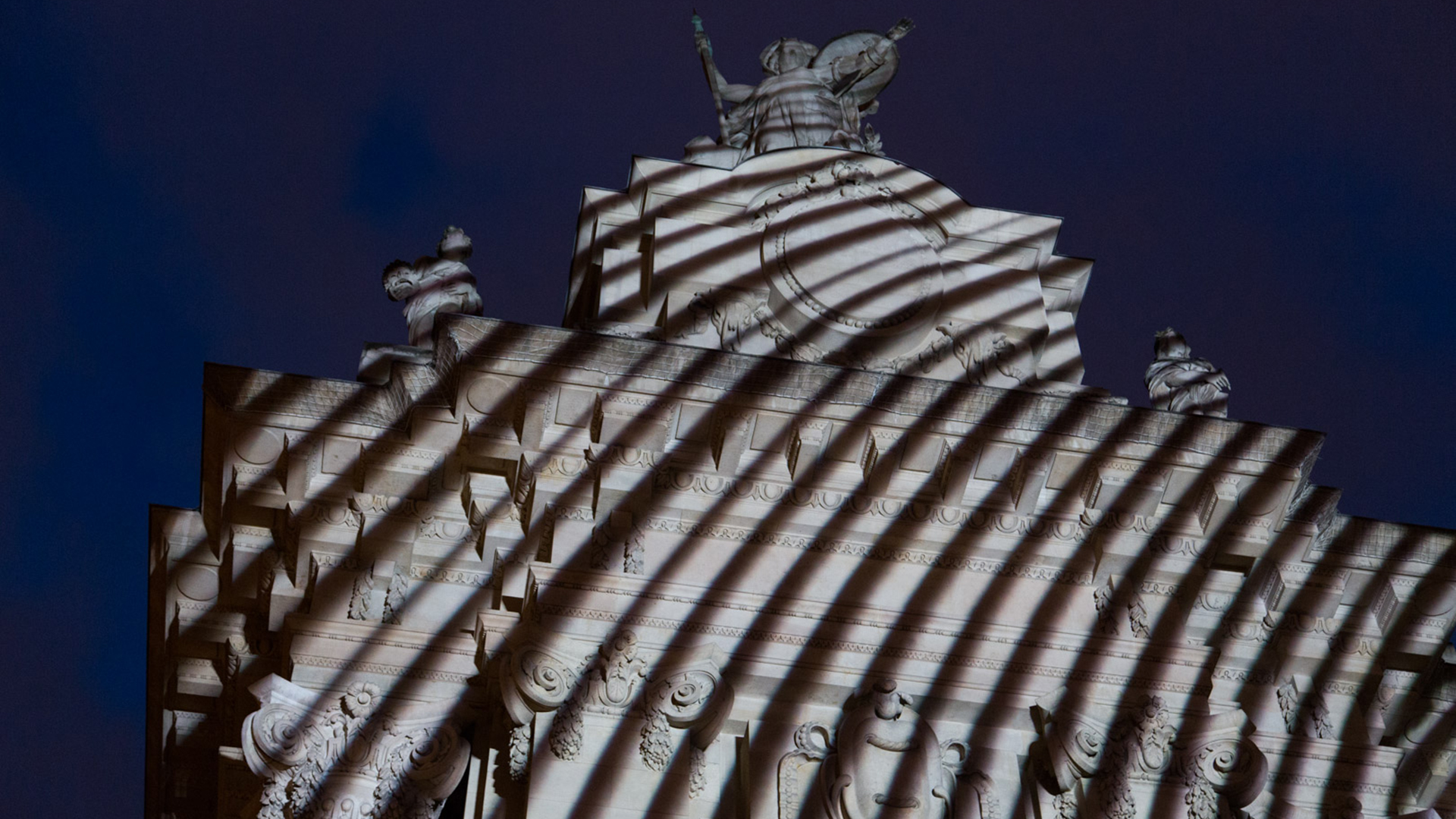 The artwork is a a son et lumiere geometric exploration of light and form that plays upon Harris's background as an architect. Within the piece the artist has turned his attention to the historically rich Beaux-Art facade of the Grand Palais in Paris.Although the architectural elevations have been removed from the final version of the video work, Harris's tracing and musings are evident in the black and white graphics that explore and distort the hidden architectural history. The interplay between the projected patterns creates a playful yet dynamic tension to the underlying architecture and the historical gravitas of the surrounding area. In an evolution of traditional optical illusions, the patterns meander between calming geometric studies and more dramatic visual movements, accompanied throughout by a musical score that is integral to the overall experience. Both the visual and sonic elements of Harris' installation alter the viewer's perception of the Grand Palais so that its architecture takes on a new narrative.The musical score to the artwork was created specifically for the installation by Harris' collaborators Kristian Gilroy and Dougal Drummond. Several major musical movements occur over the 20 minute cycle, with the instrumental score directly driving the computer code responsible for bringing the series of geometric studies to life.

With special thanks to: Julien Lecêtre, Art Paris 2015, Videlio - Projections

Other artworks and collections related to '
A Concentric Study: The Grand Palais
' include:
No items found.