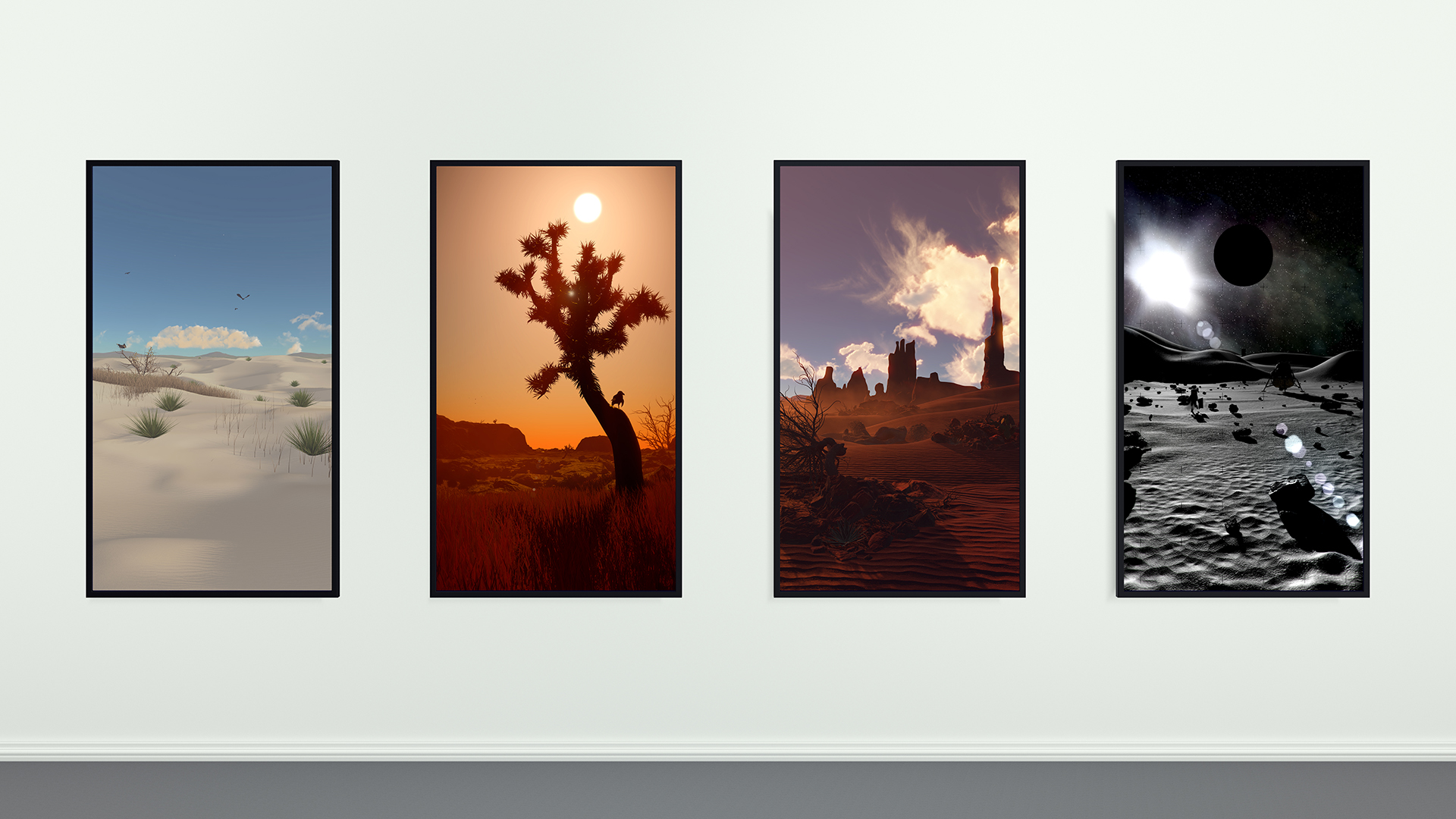 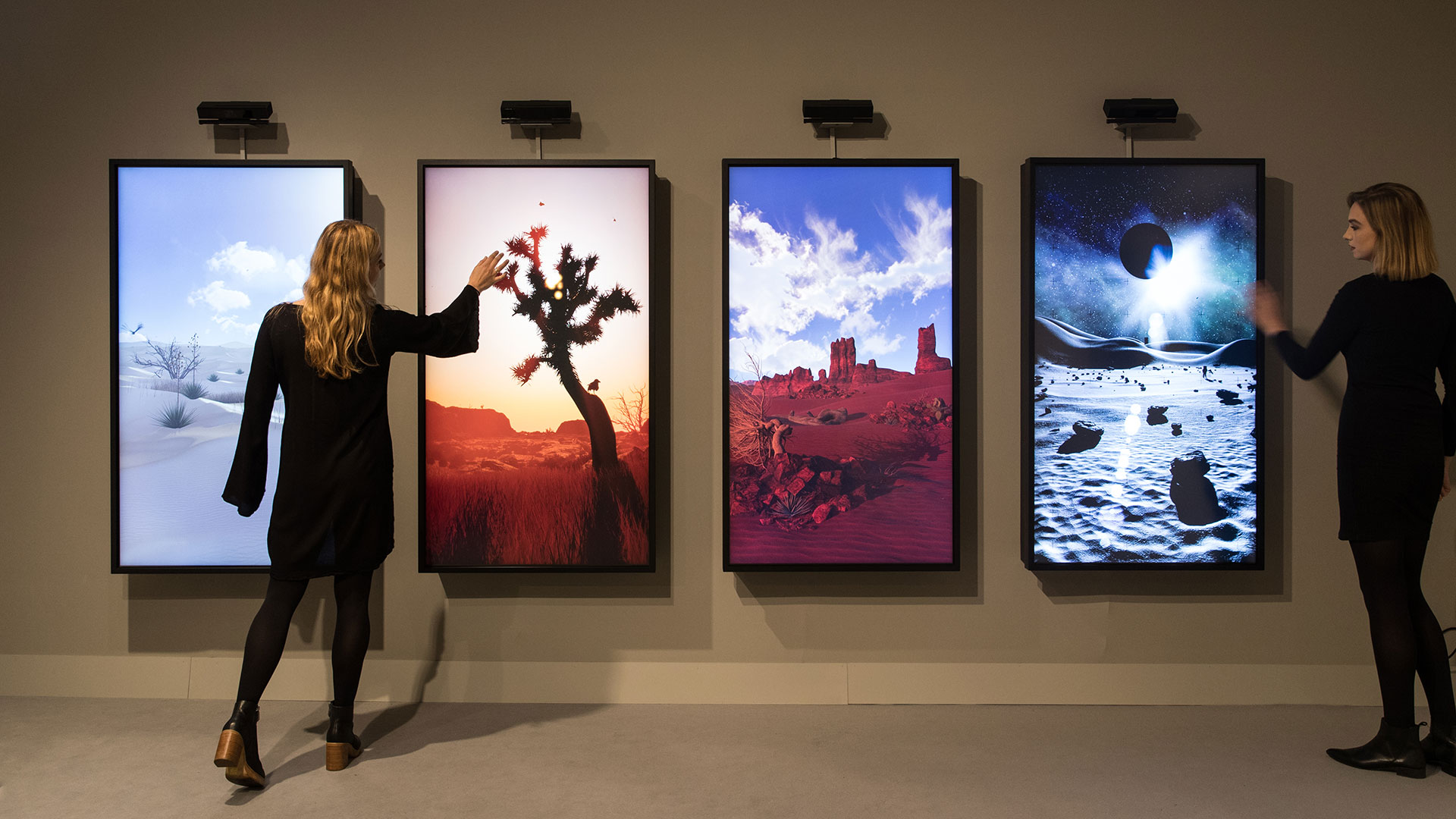 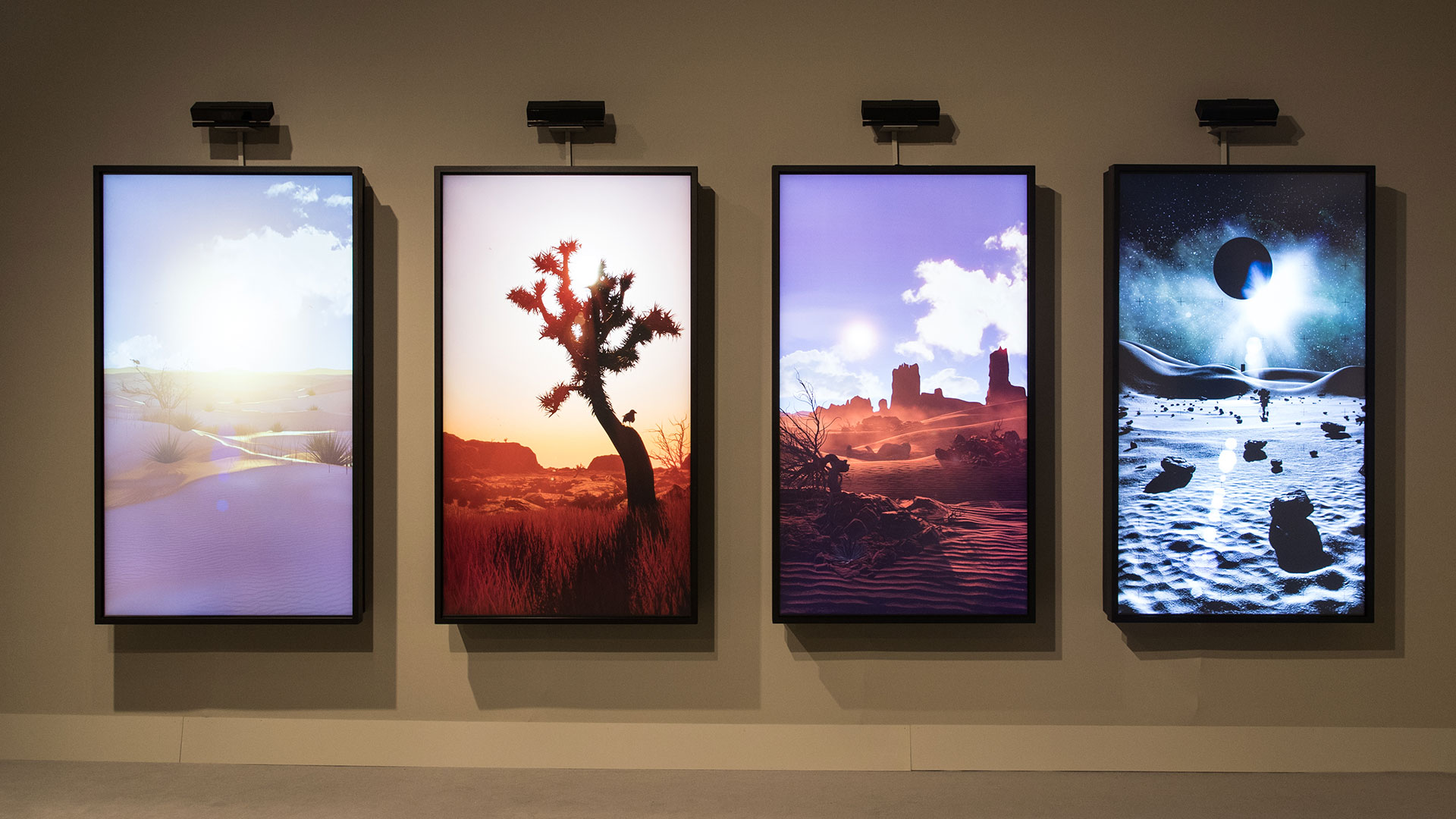 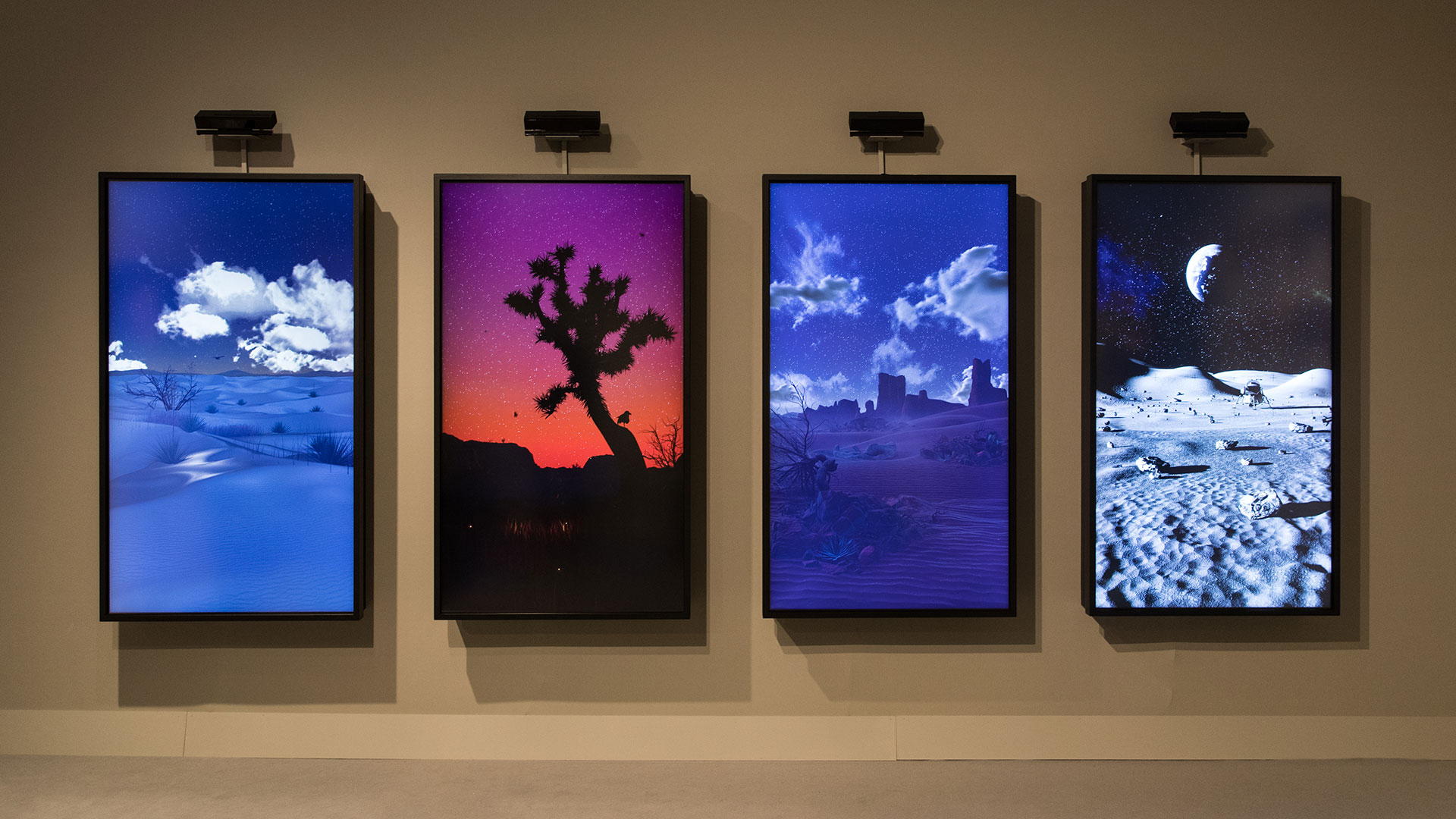 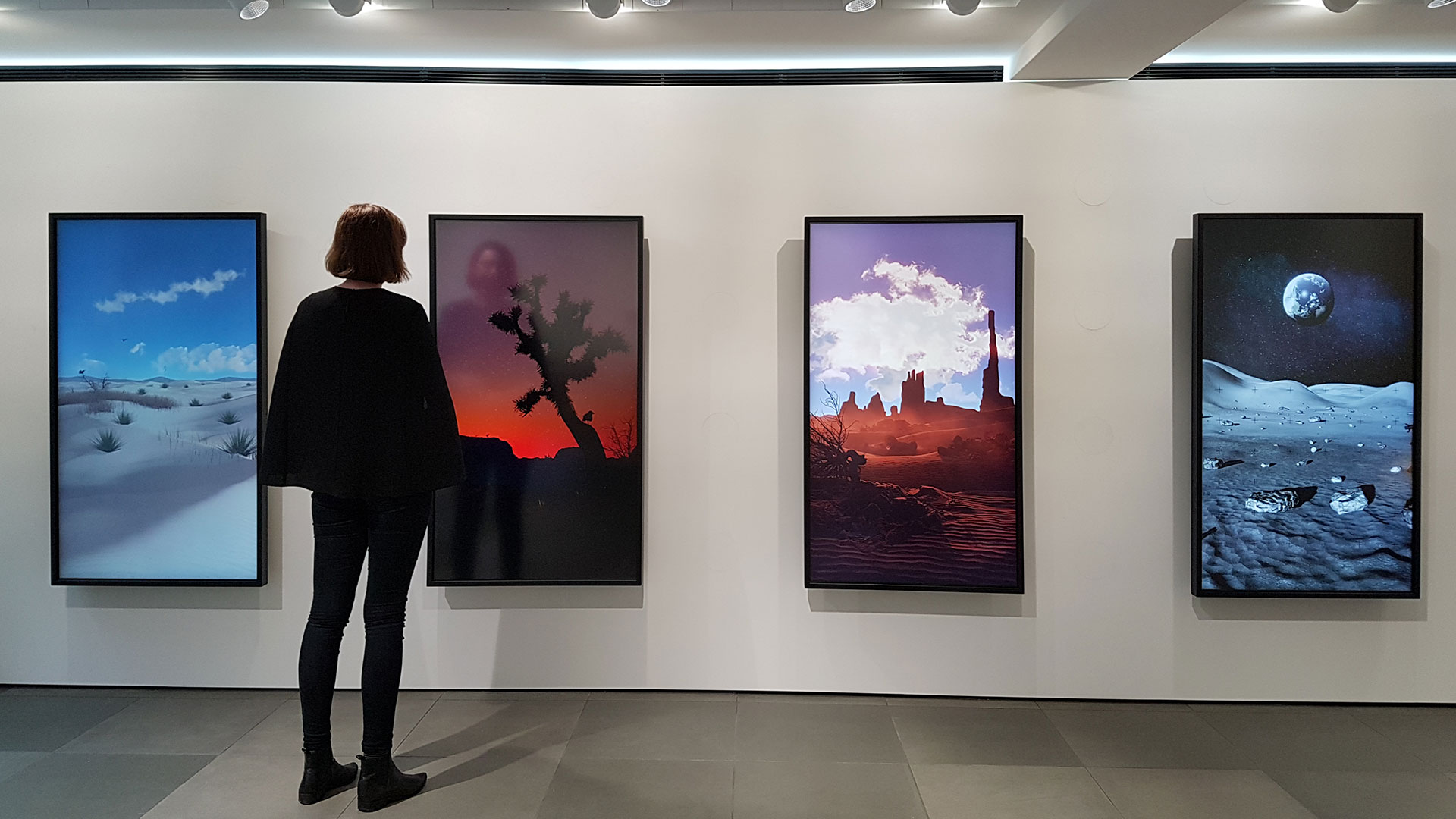 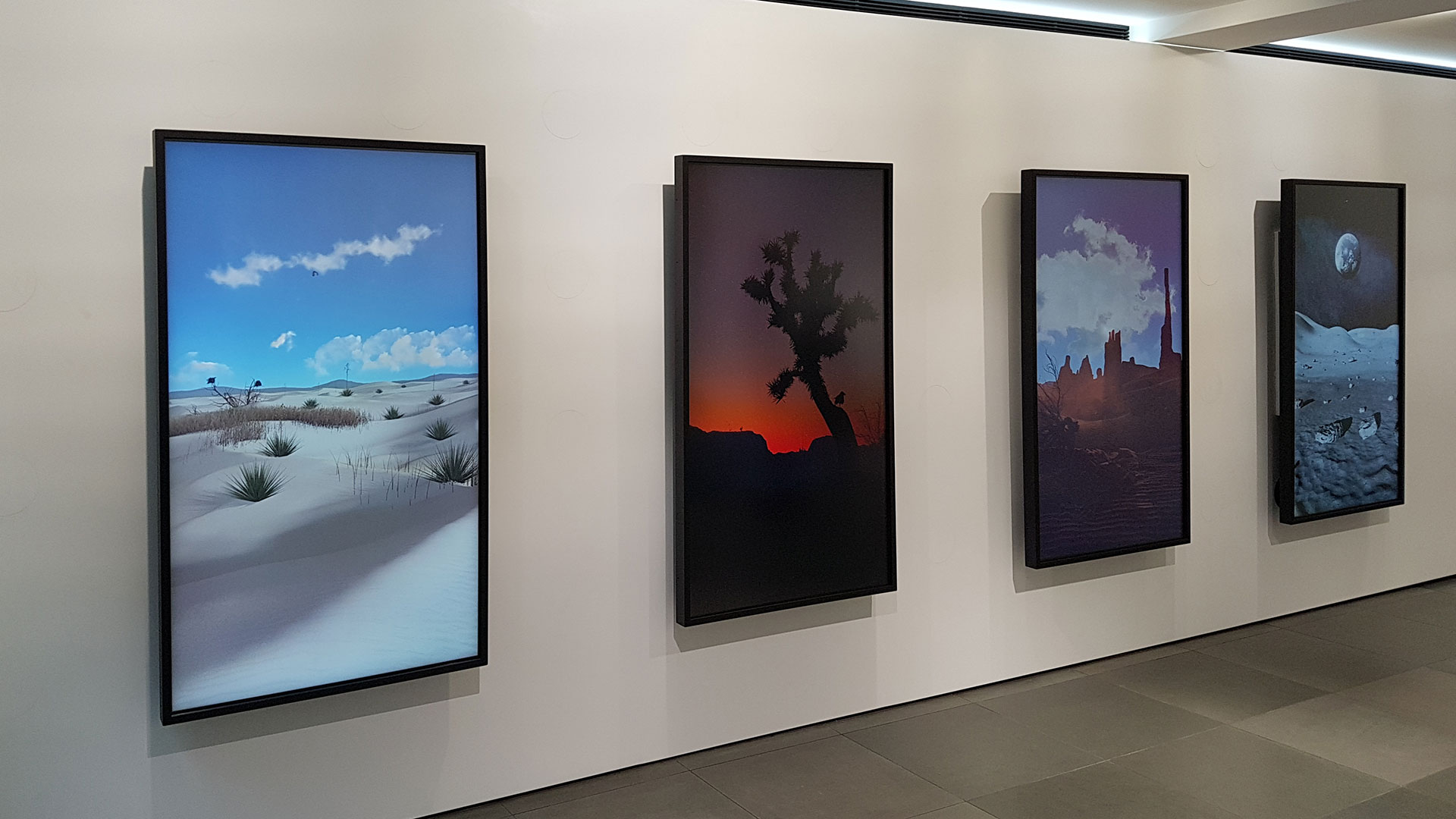 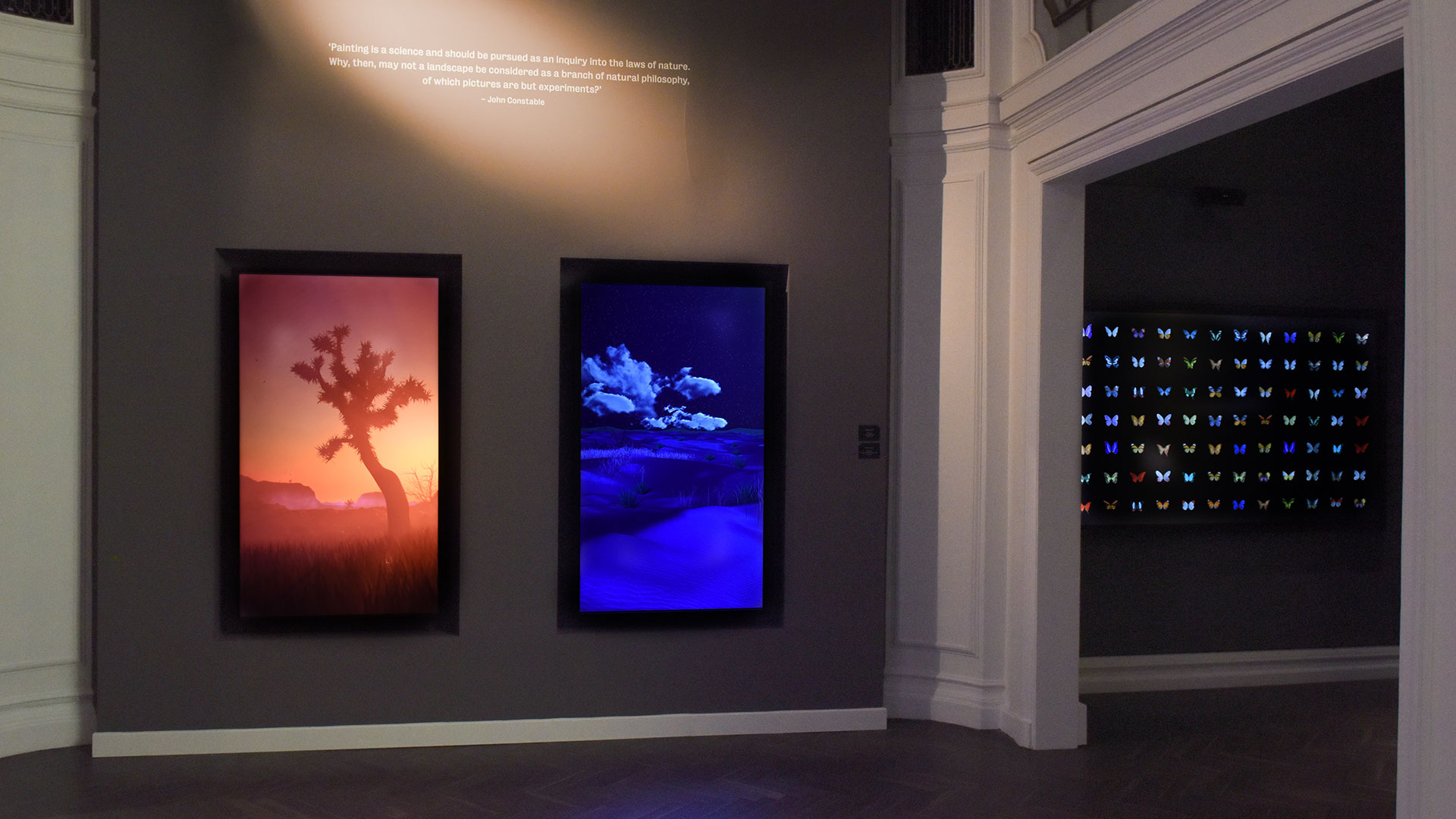 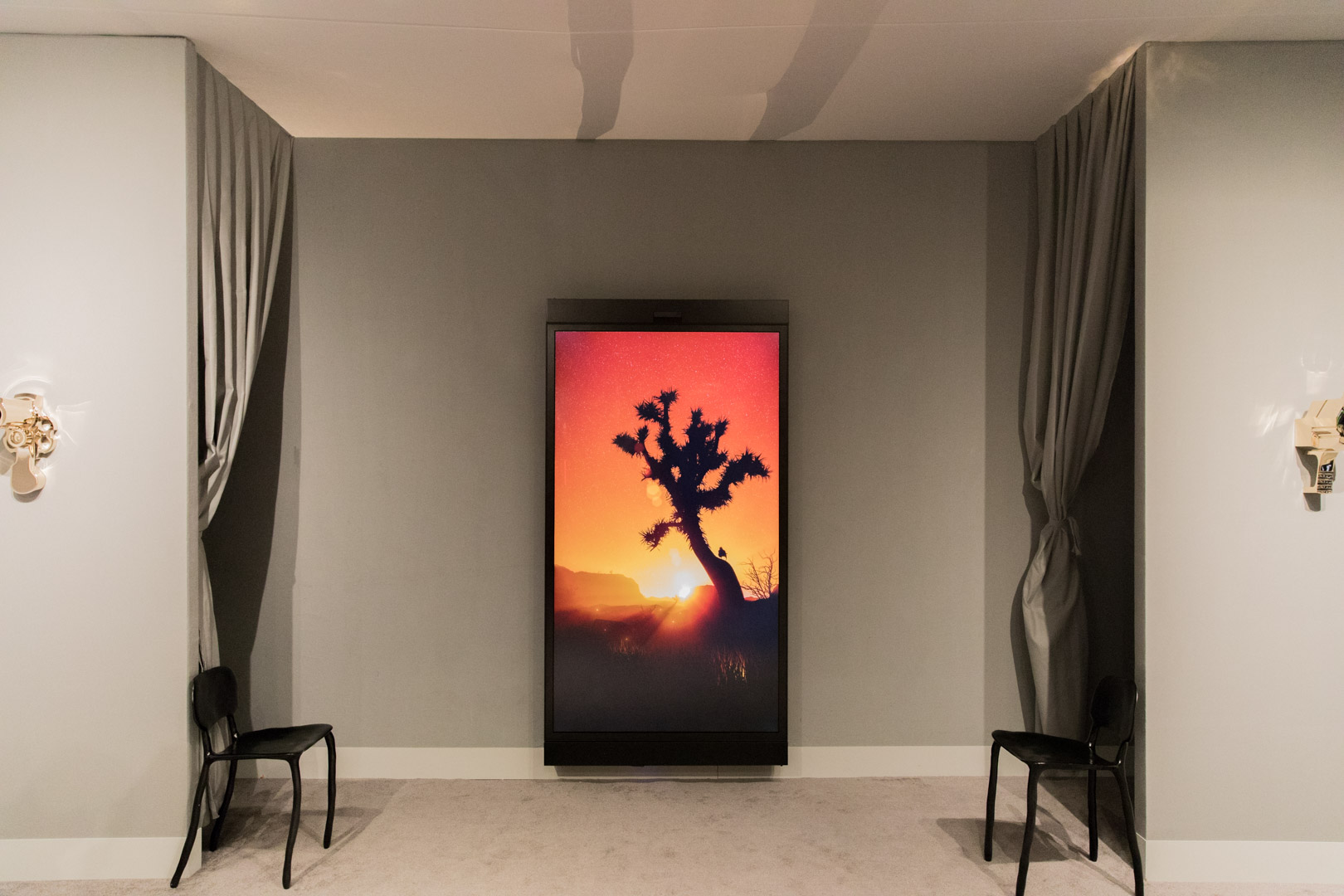 Surreal, alluring and unattainable are just a few of the words that describe the world's deserts in all their charm and complexity. With his characteristic play on reality, Harris has depicted scenes that at first sight appear to be windows into the truly remarkable ecosystems, wildlife and natural phenomena within deserts. By exploring the artwork more closely, the viewer is drawn into Harris's romanticised surrealness, interrogating what lies below the seemingly pictorial study of these fascinating landscapes.

Interaction is central to this artwork, and with the viewer's touch or movement the elements within each landscape respond: from the smallest of creatures to the largest of weather systems. Deserted is composed of four distinct scenes portraying three very different deserts in North America: White Sands New Mexico, Joshua Tree National Park and Monument Valley. In the fourth scene Harris plays upon the NASA lunar-landing conspiracy theories, presenting a landscape that could be either on earth or on the moon.

Other artworks and collections related to '
Deserted
' include: 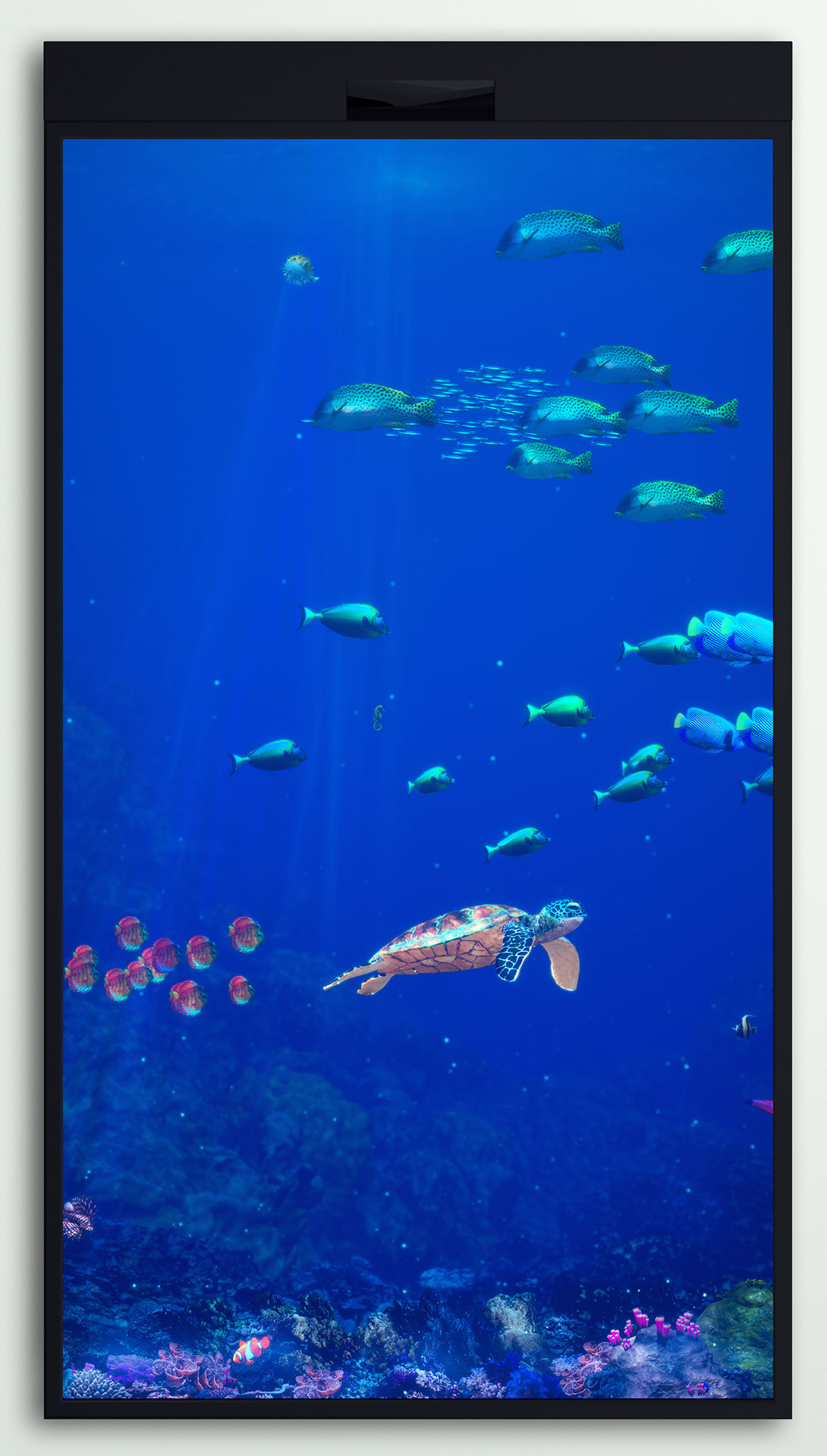 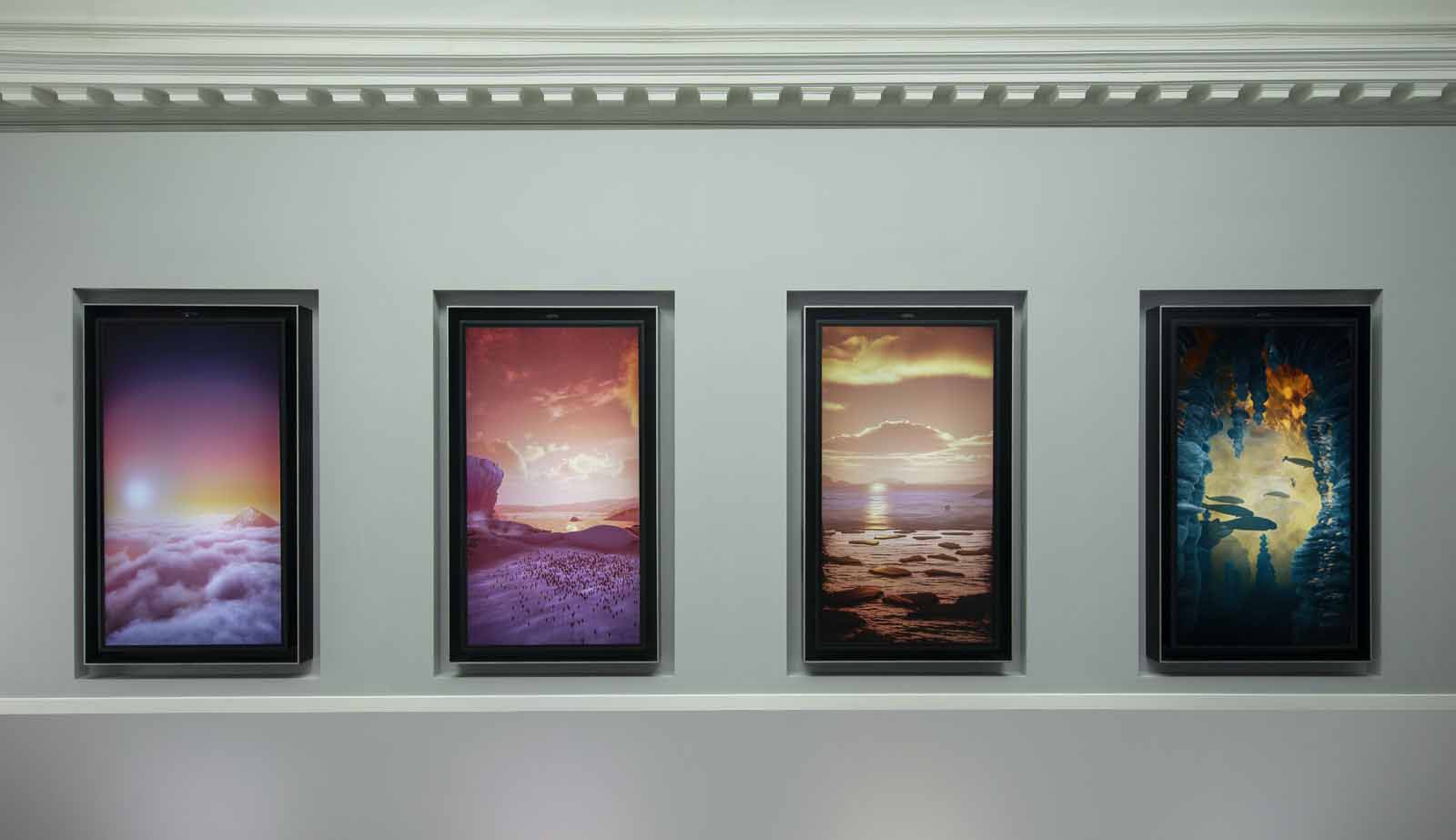 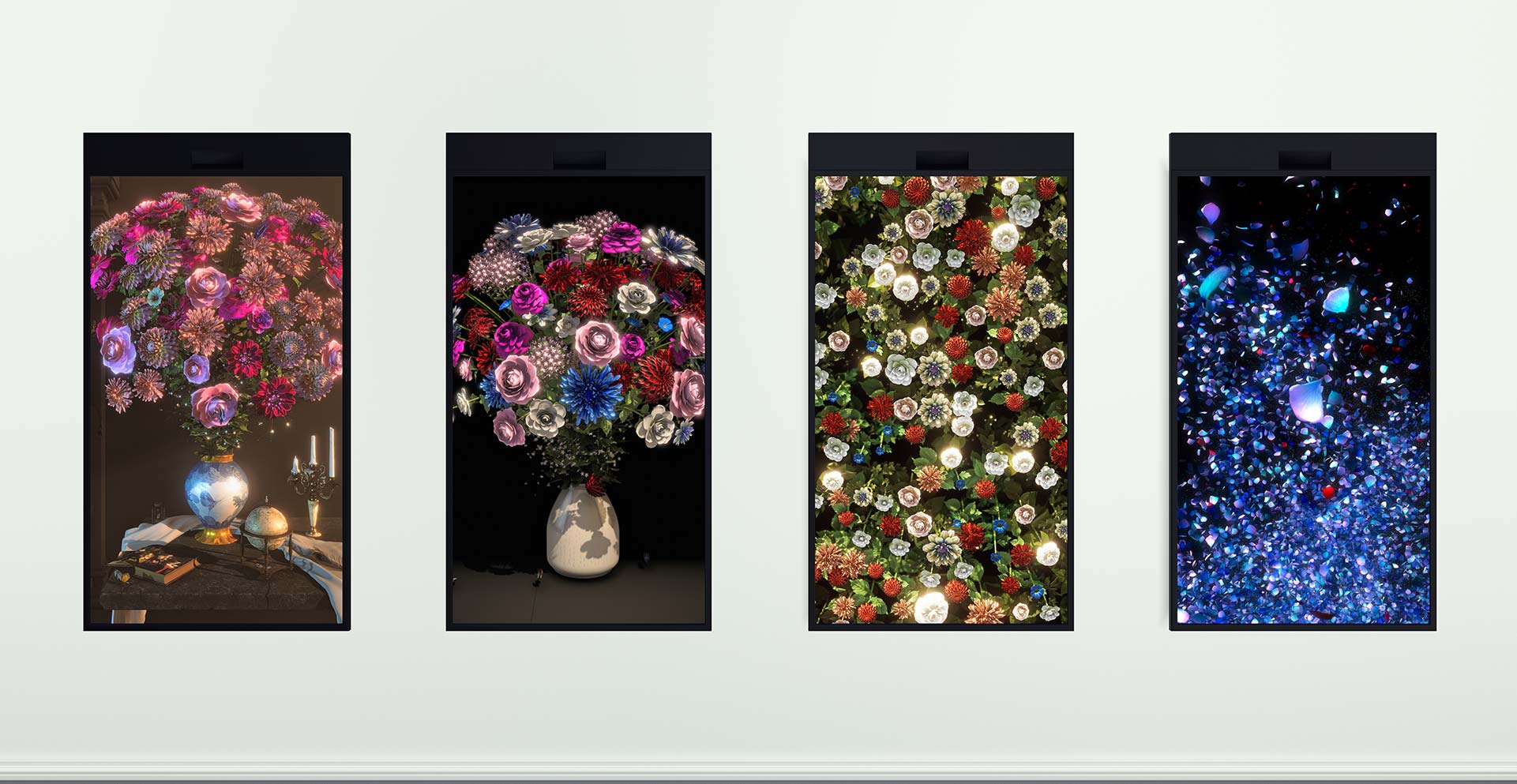