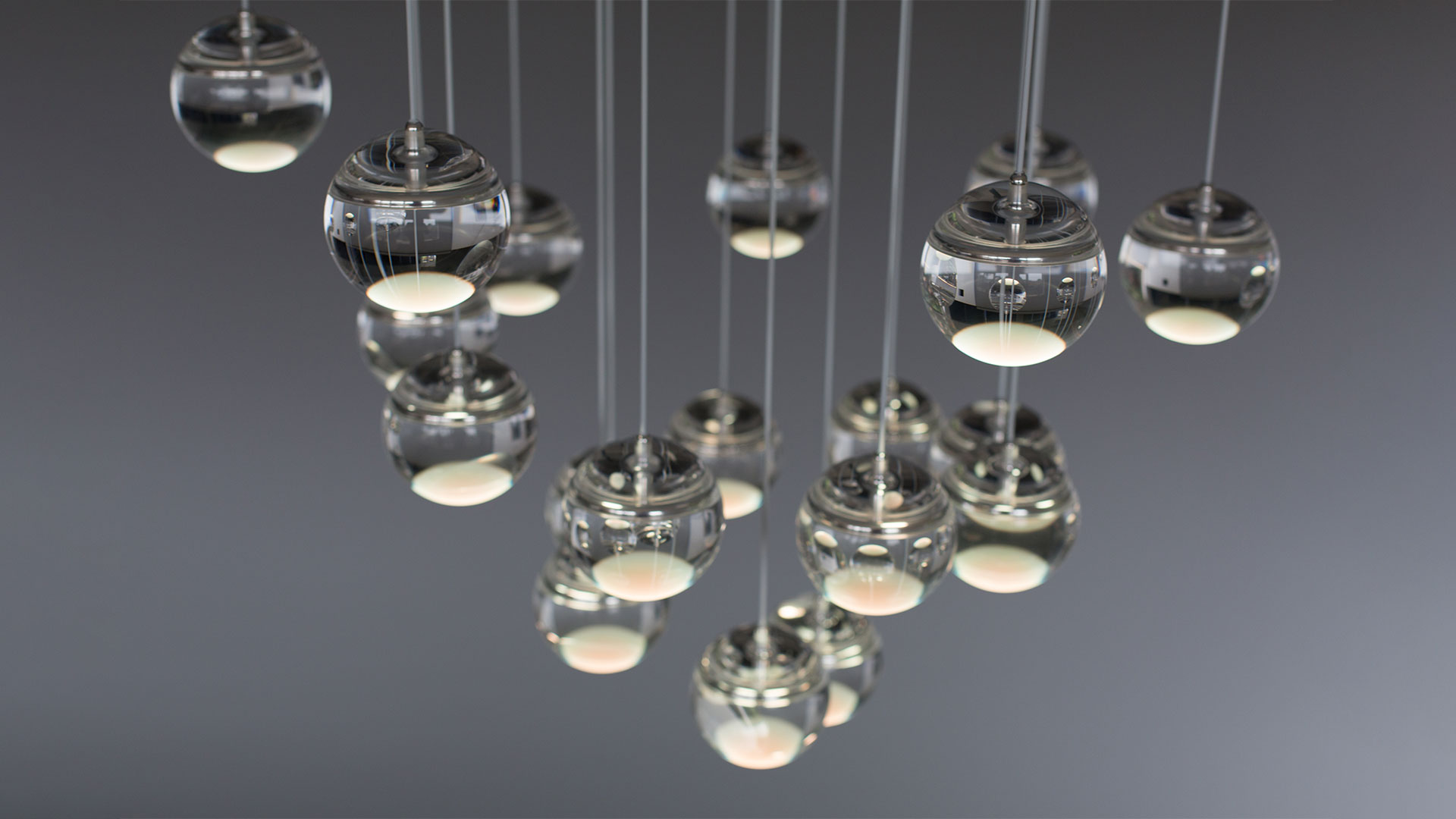 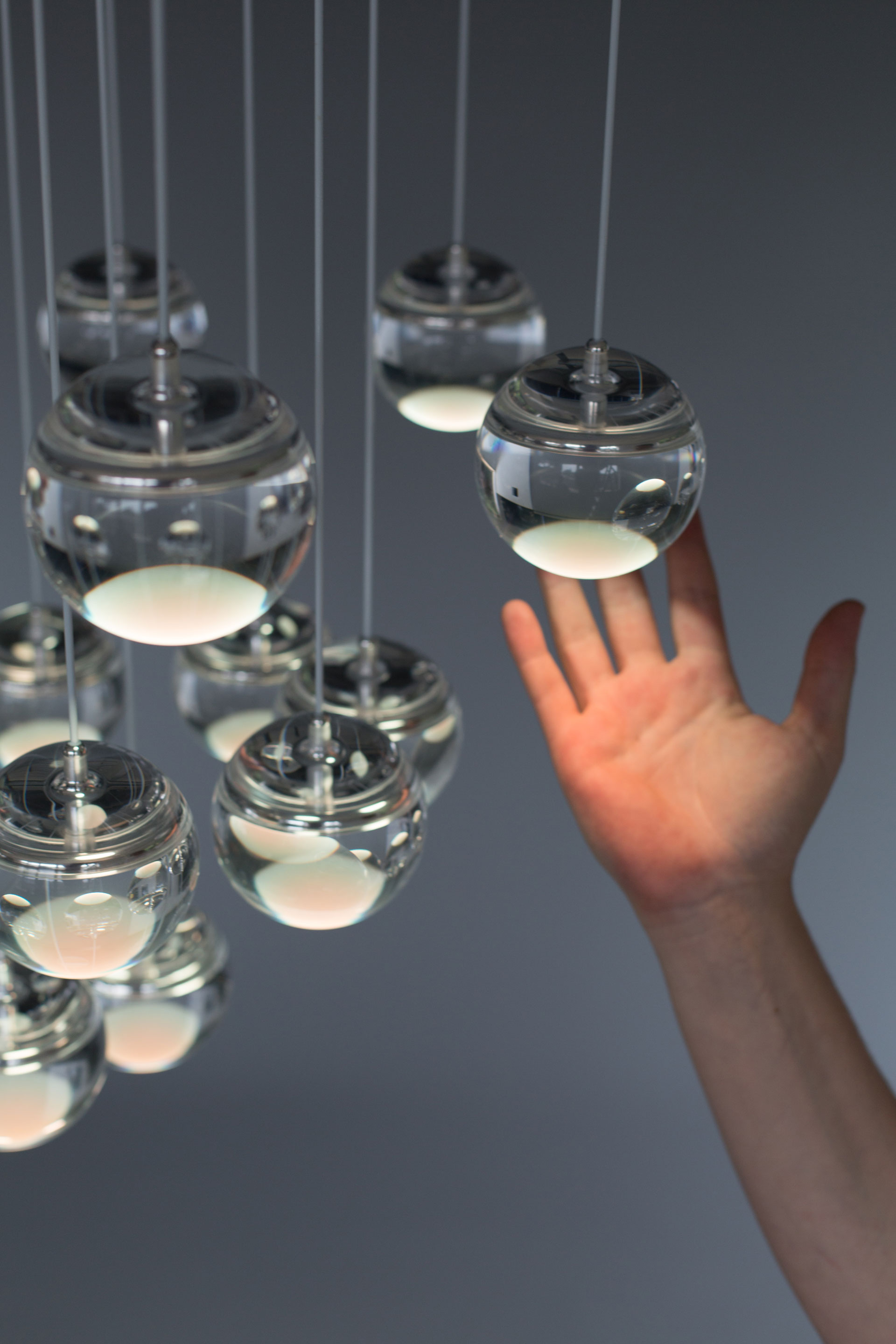 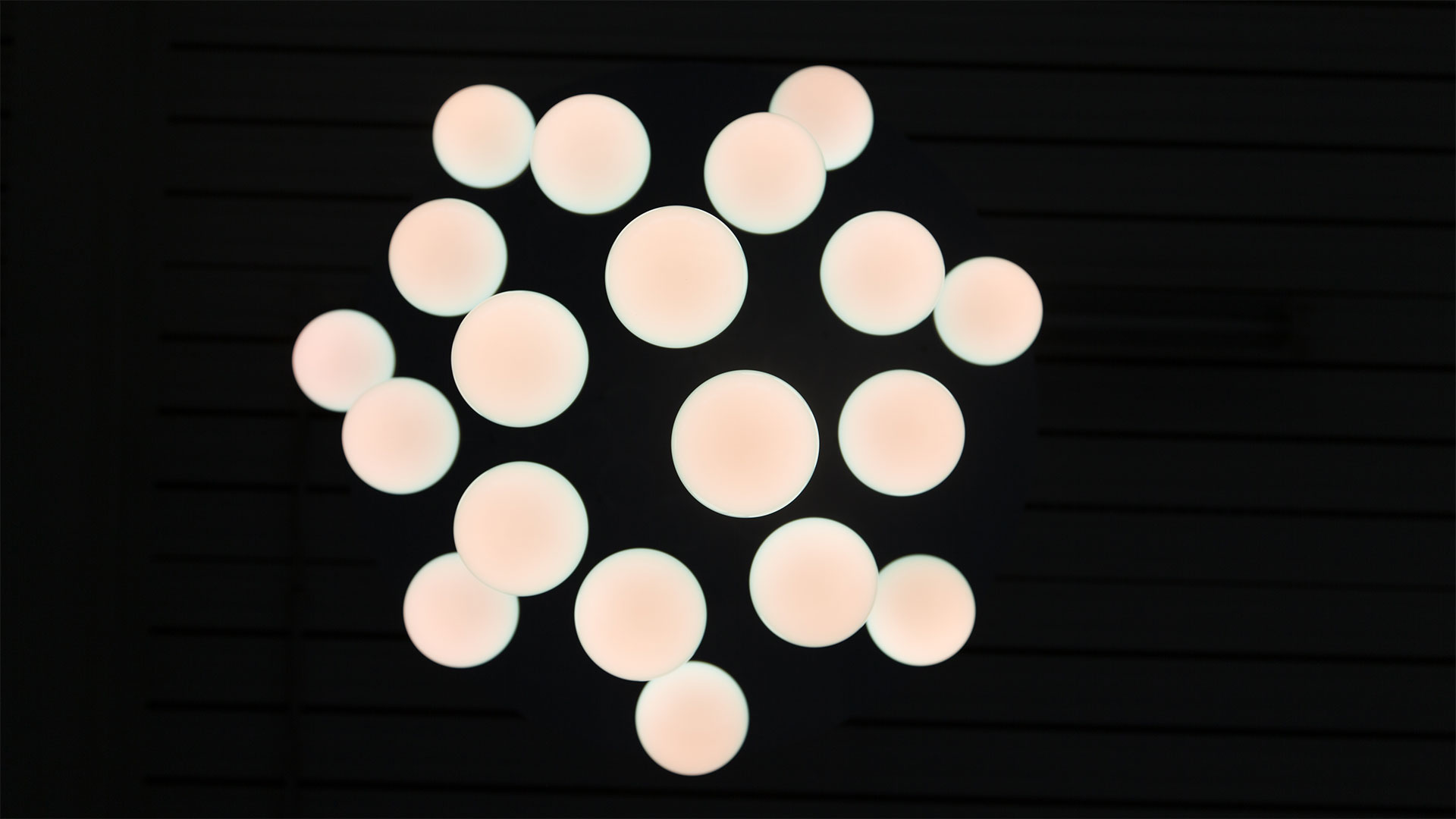 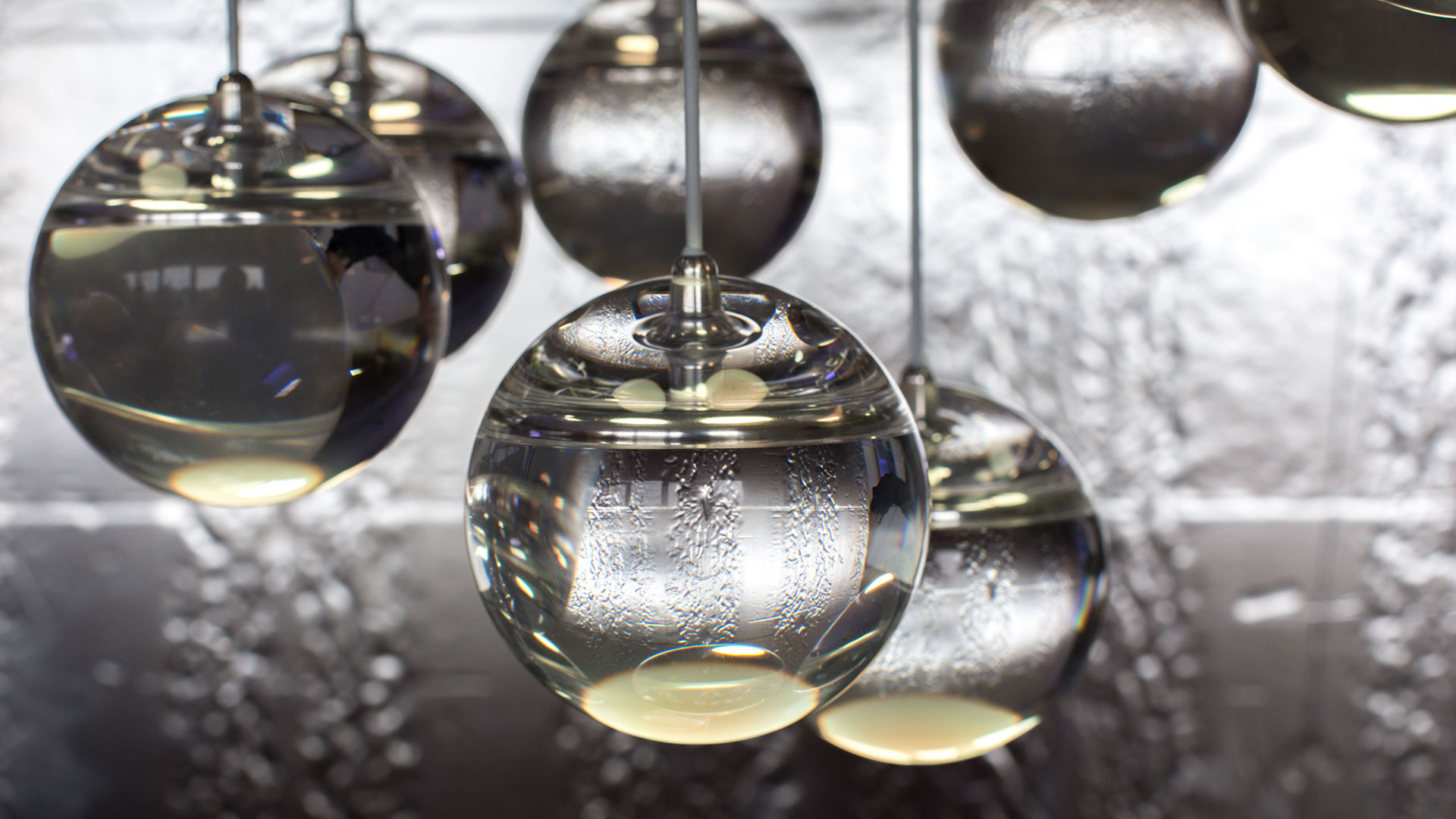 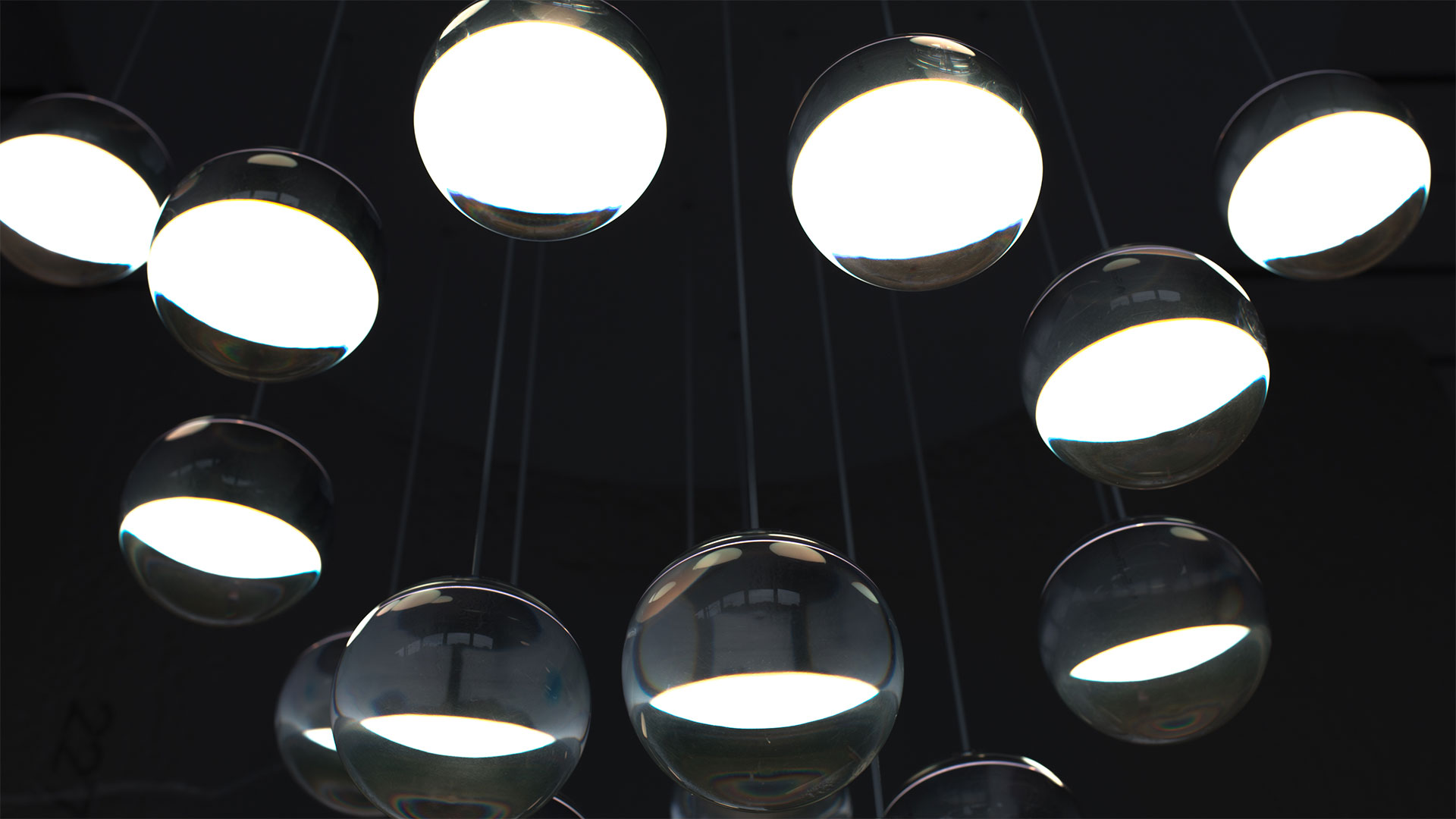 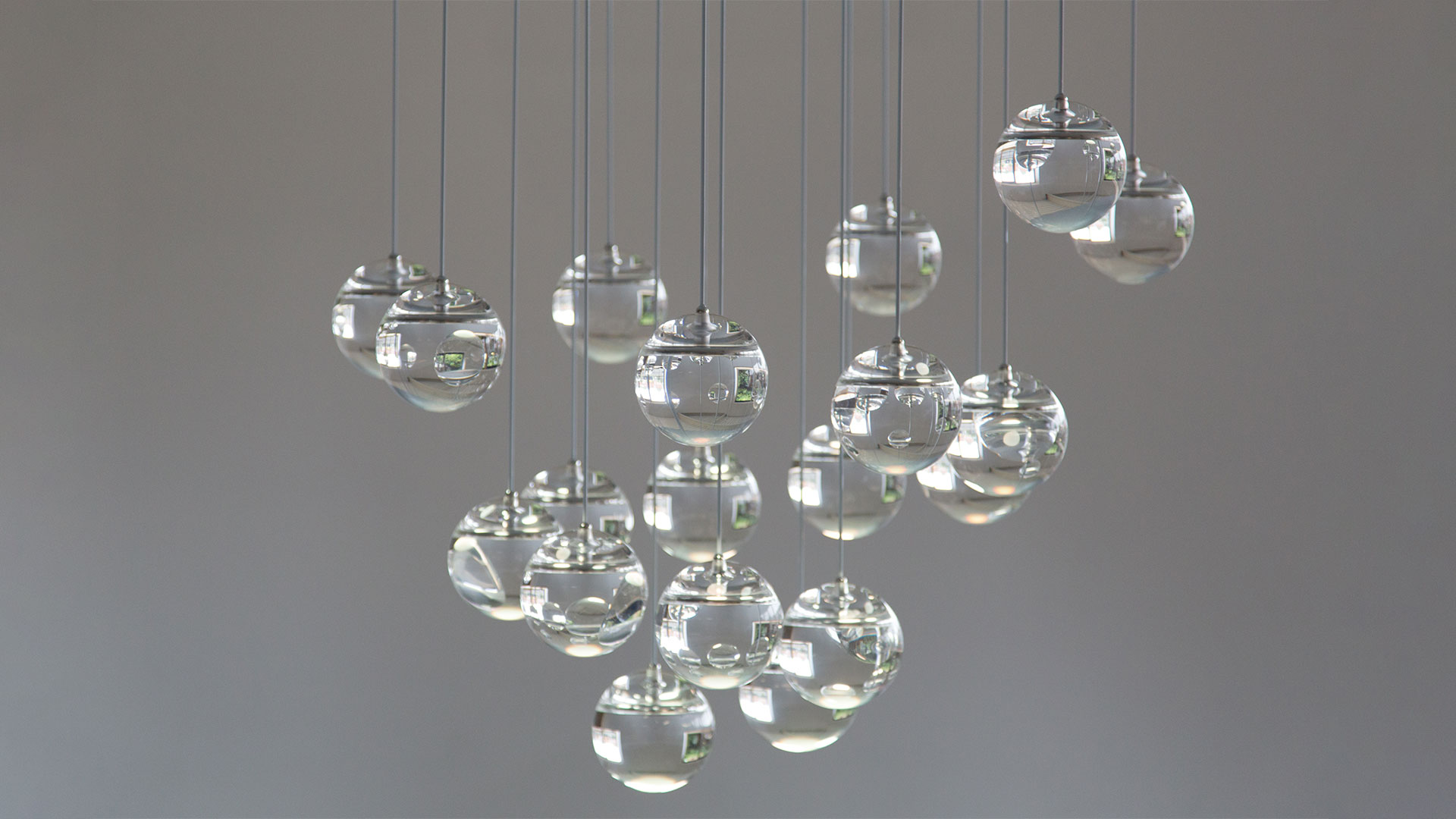 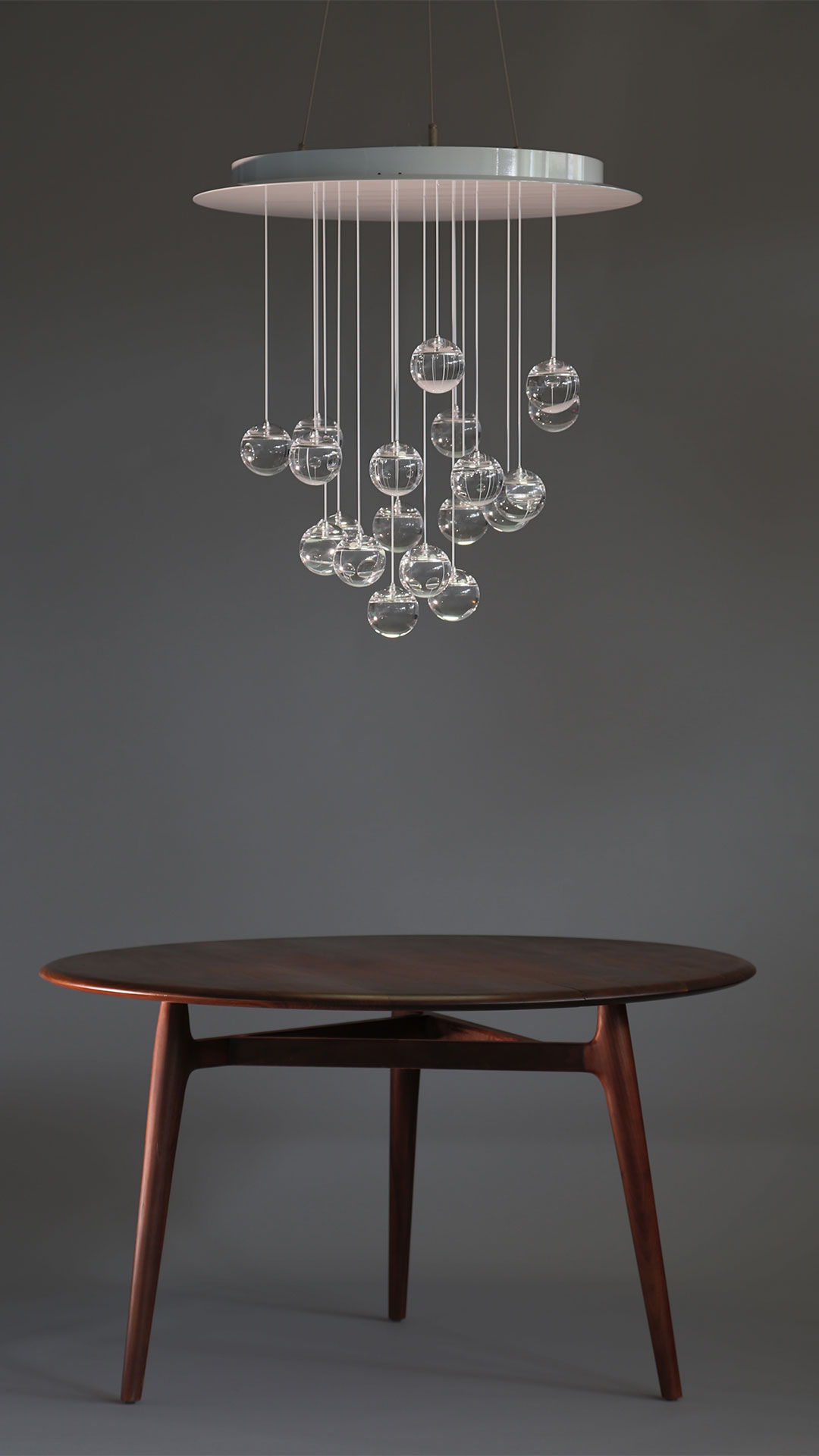 The Moon Chandelier is conceived as a play between invisible light sources and the crescent of the moon in the sky at night. As one moves about the chandelier it will at times appear to consist of nothing more than crystal balls which from within begin to reveal a never-ending beautiful array of crescent shapes generated by the lighting layers within.

The Moon Chandelier is the result of playing with light, form, perception and technology. The incredible flatness of the lighting layer that has fascinated other designers is used to great effect, except in a radical inventive step it has been embedded within a precisely turned and hand polished acrylic sphere. This marriage of flatness and volume is responsible for the ephemeral and mesmerising light that at times is invisible, and at other times appears larger than life.

An example of Dominic Harris' mastery of integrating lighting within geometry -- this artwork explores his obsessive fascination with tectonic proportions and quality of materials. Harris' first prototype consisted of the then nascent technology of OLED (organic LED) sandwiched between hand polished crystal glass. The overall form along with some of the materials deployed were retained for what then went on to become the edition of the artwork.

Th Moon Chandelier was entered by Dominic Harris into the UK's 2014 Lighting Design Awards competition where it took the top place for "Best Luminaire", and in doing so his lighting artwork eclipsed the design entries from the biggest names in lighting,

Dominic Harris extends his gratitude to Mike Stoane Lighting for their collaboration in producing this artwork.

Moon Chandelier is made bespoke each for collector

Other artworks and collections related to '
Moon Chandelier
' include: 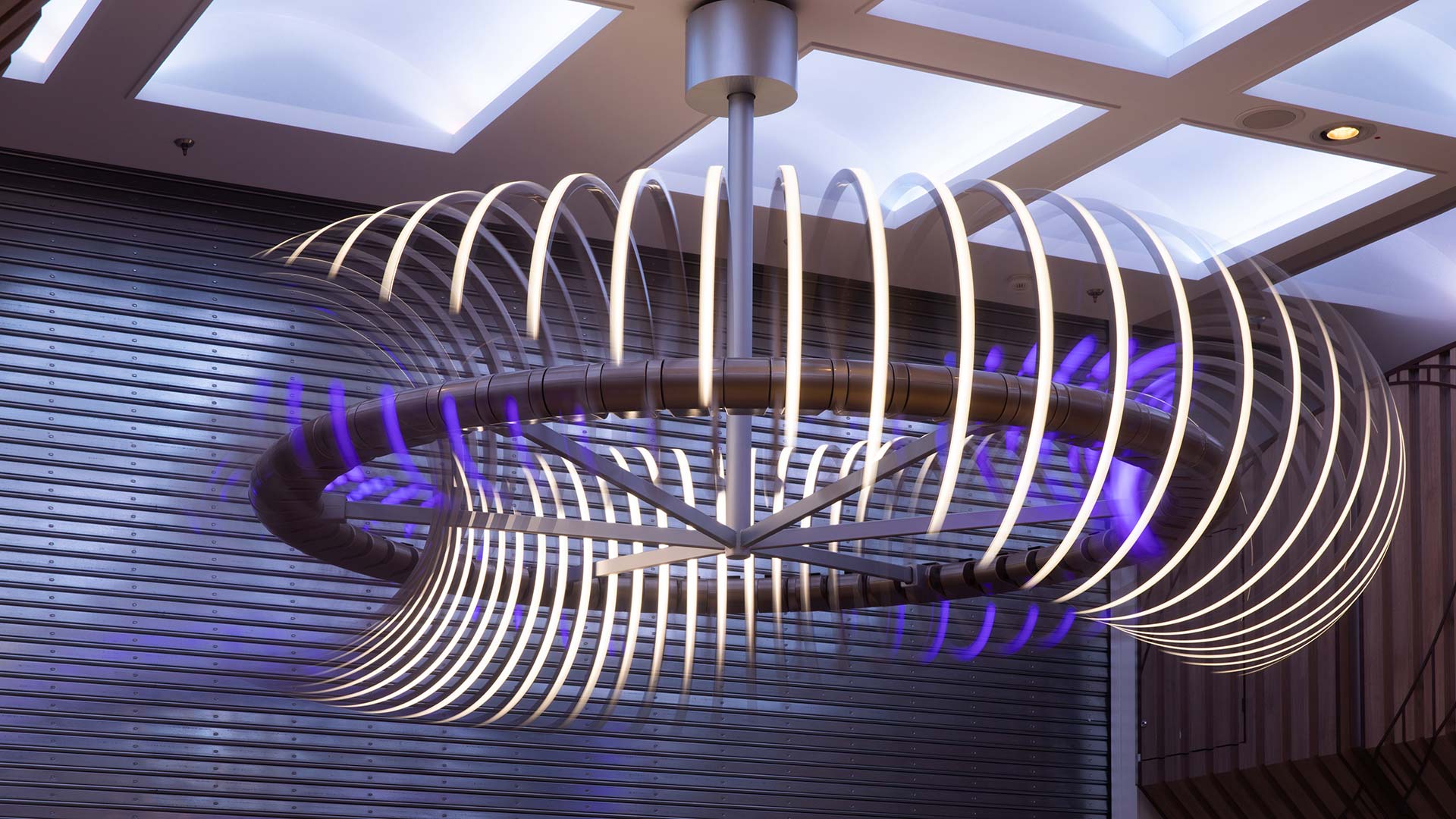 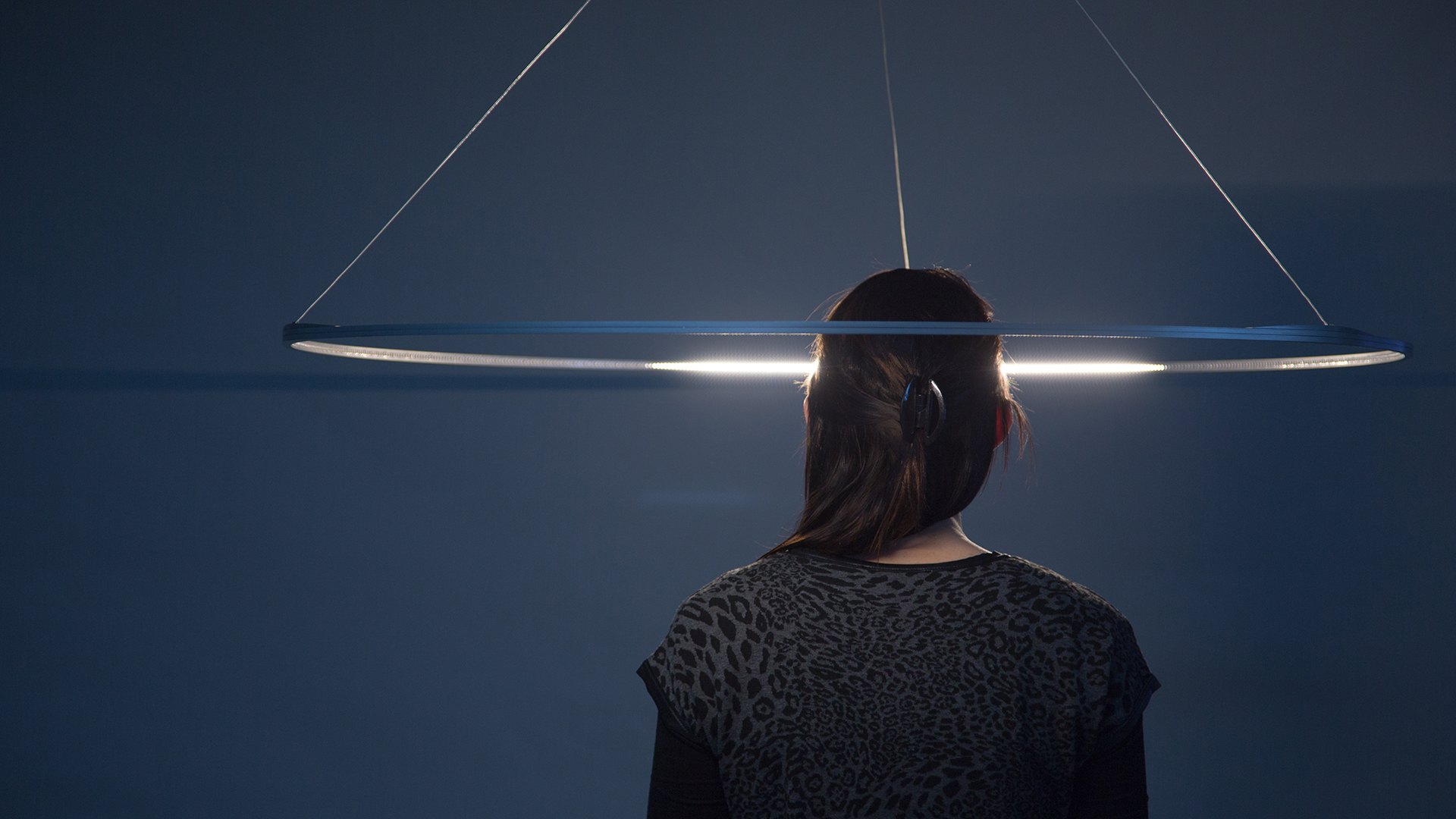