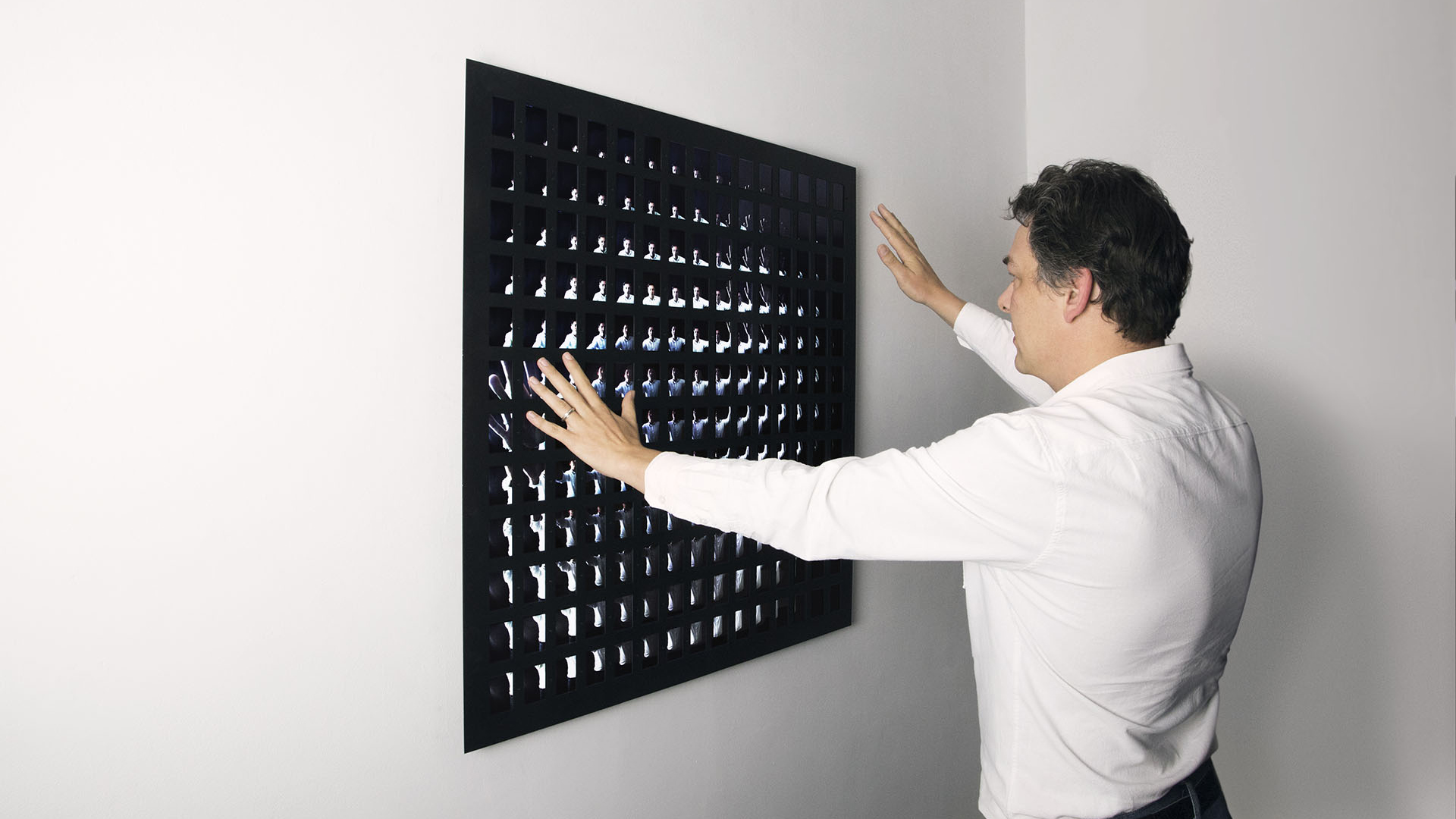 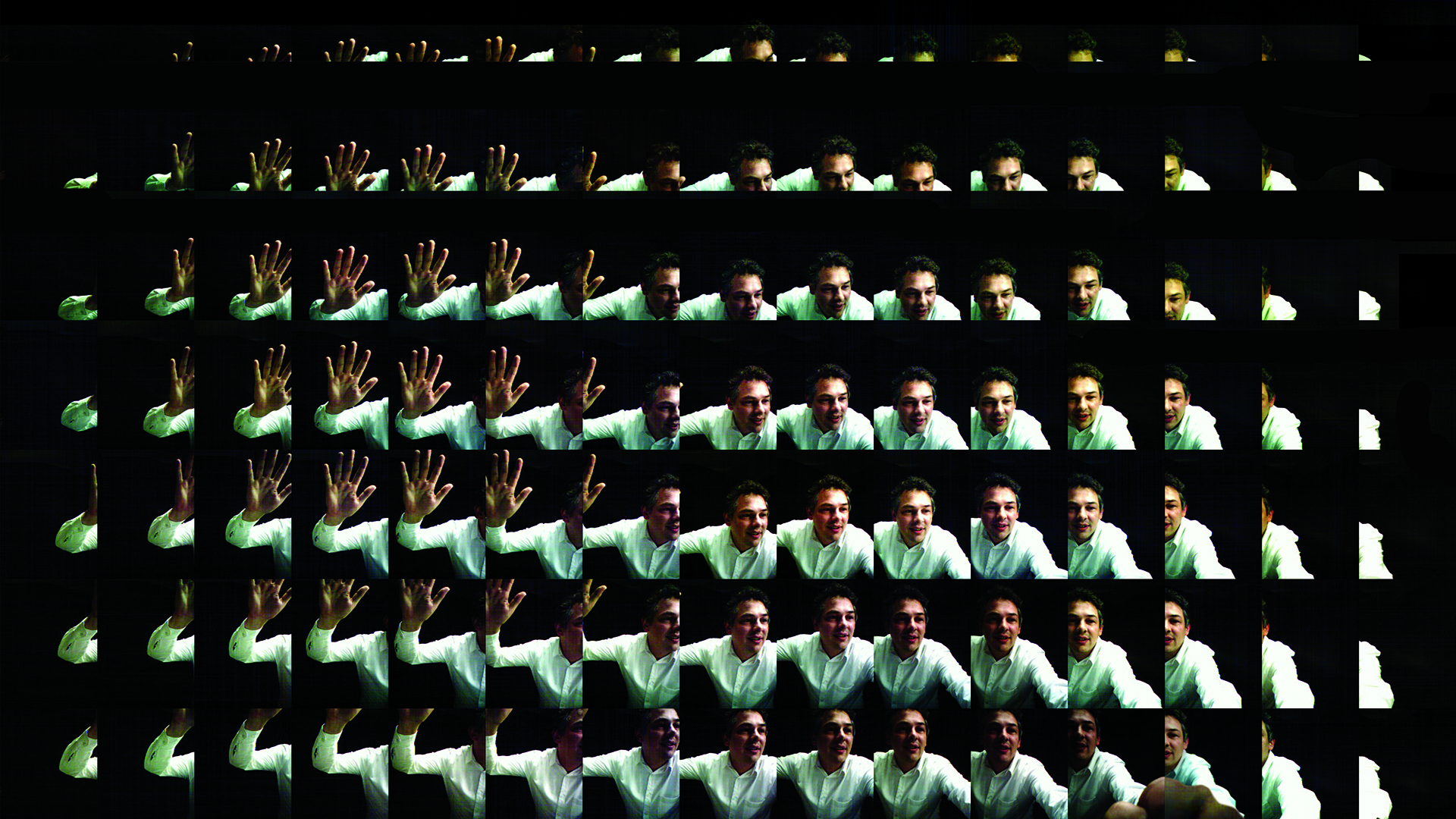 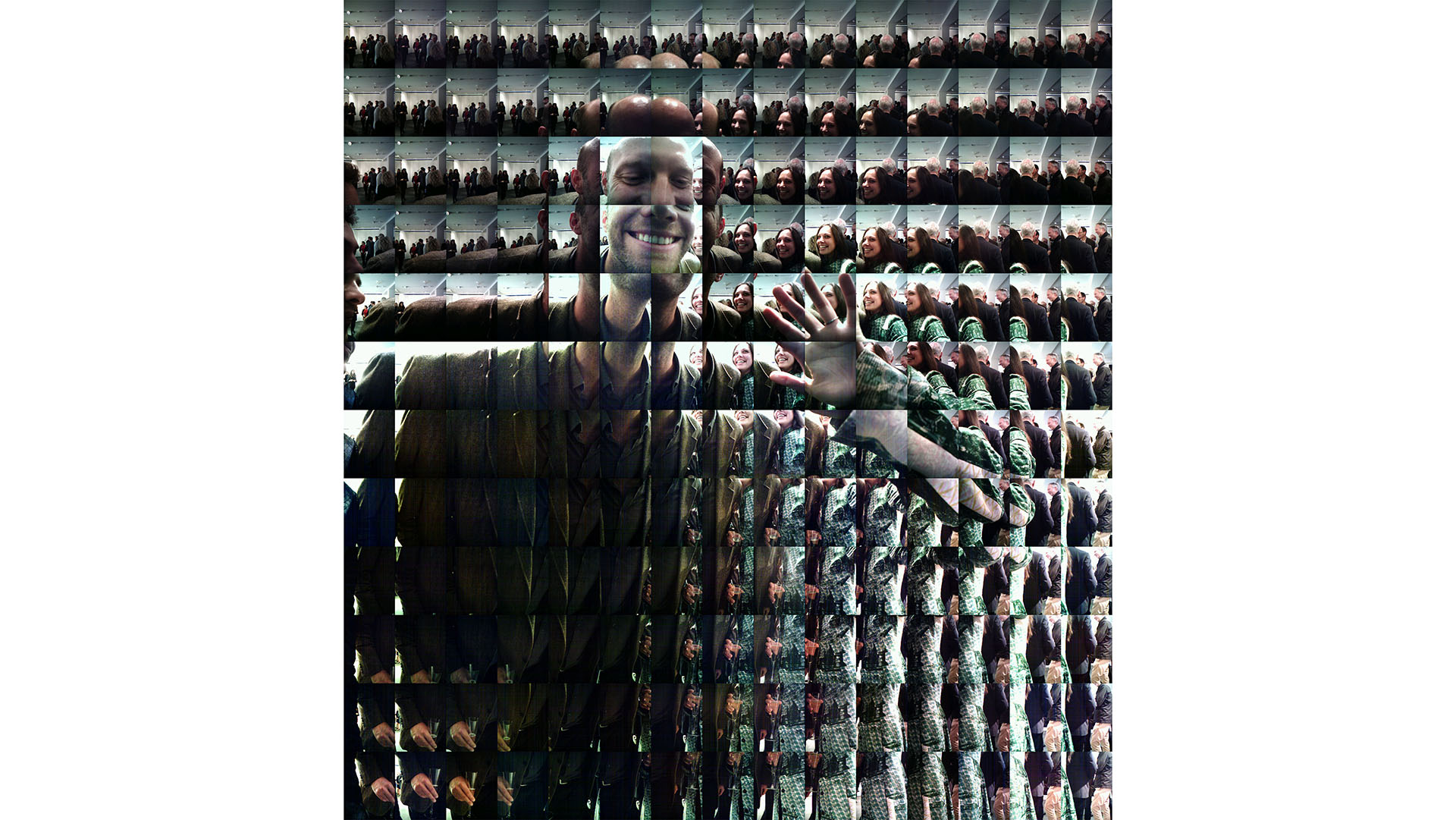 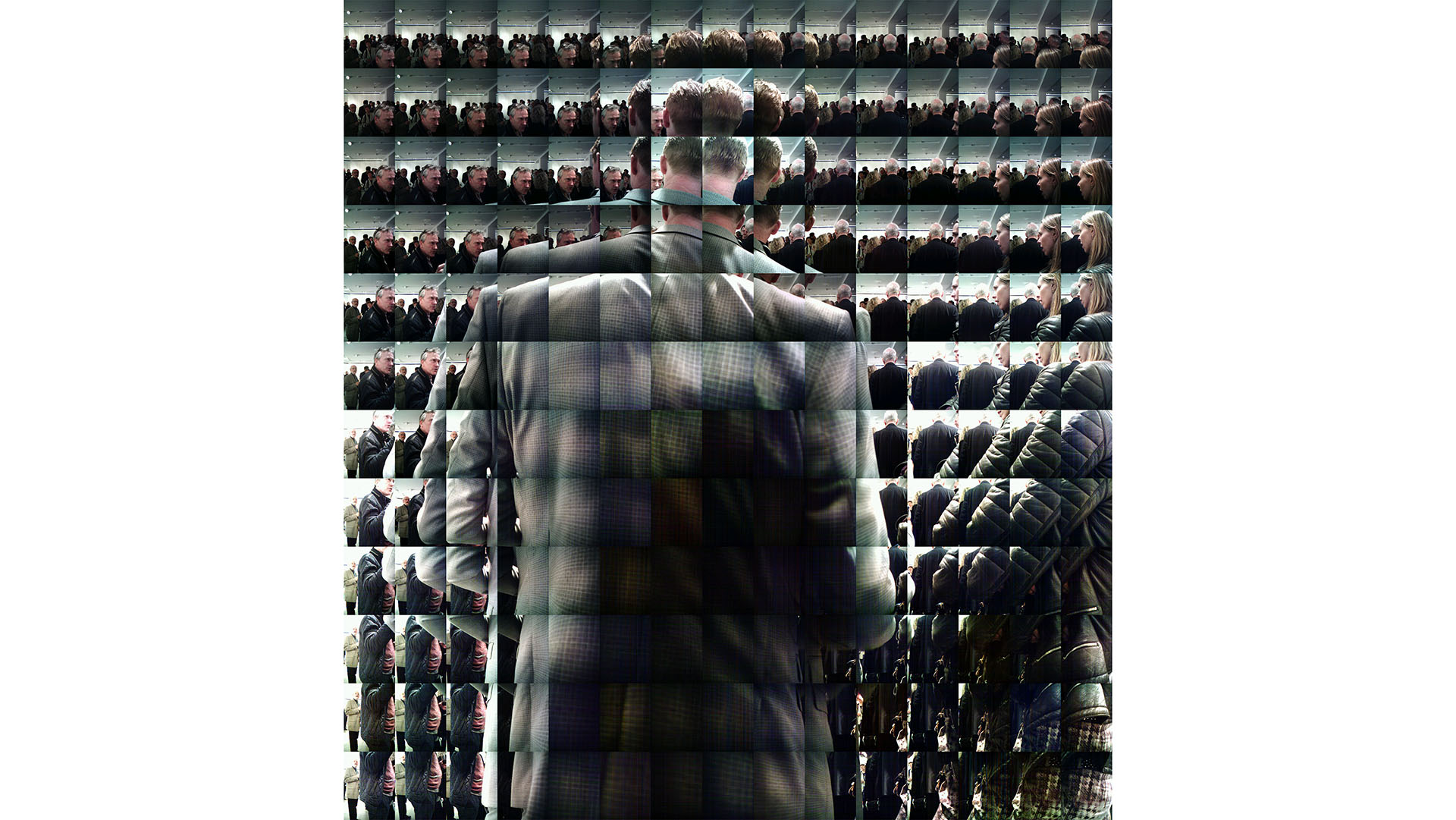 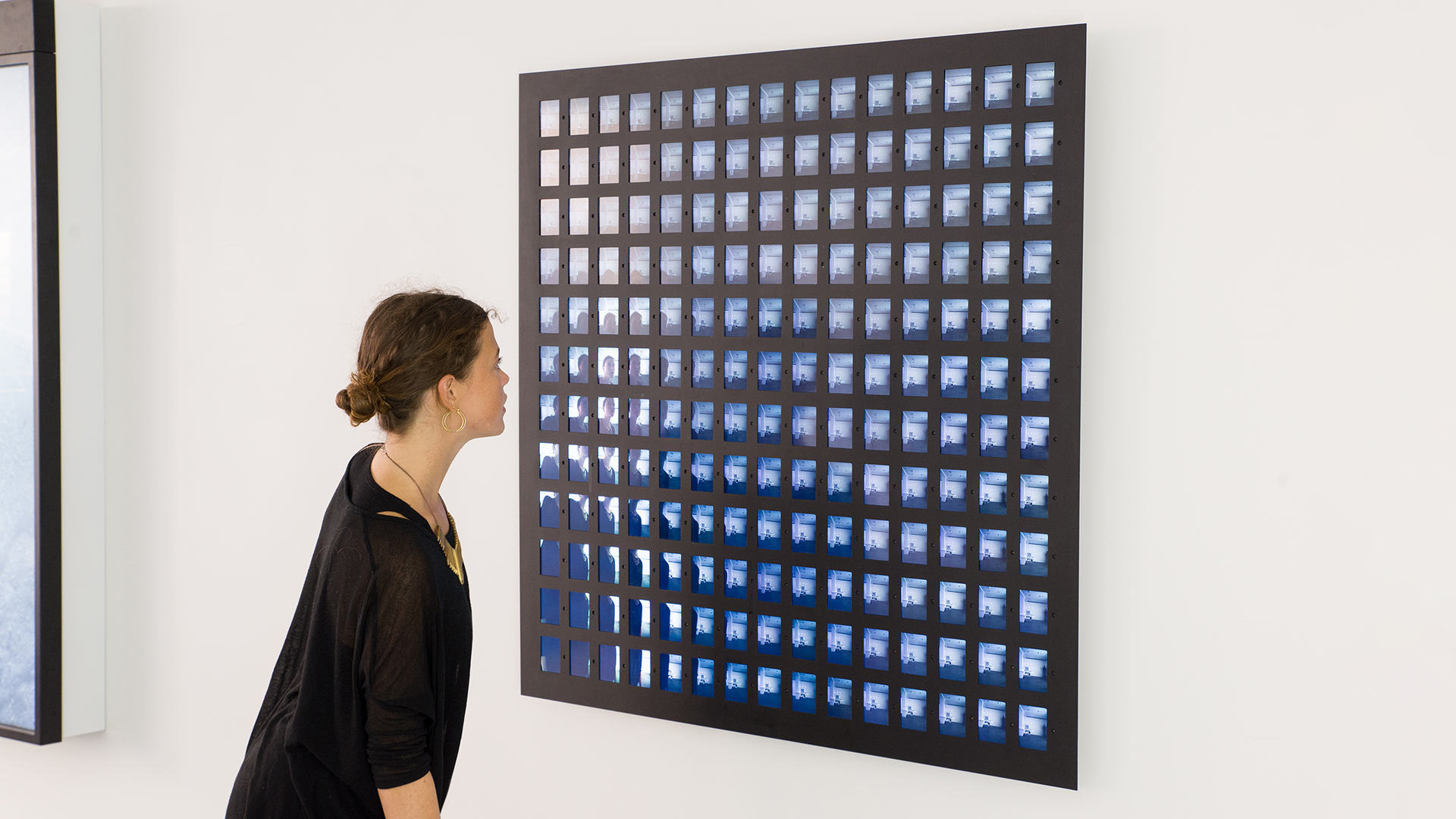 Vanity Mirror's digital display intensely reflects the viewer's image back to him or her 180 times via embedded cameras in the screen. Through this, Harris explores the multiplicity of the image in contemporary society and by extension the notion of celebrity as self, which has been engendered through the rise of social media. Furthermore, Vanity Mirror visually realises the concept of the fragmented psyche within a digitally led, postmodern society.

The viewer as a participant has been an overarching theme throughout Harris's body of work. With Vanity Mirror, the viewer is finally confronted and dominates the artwork through the reproduction of their image across the digital surface. Titled after the mirrors that commonly adorn dressing stands, the name references the act of viewing the self but also directly references the themes at work in this interactive piece.

As the viewer looks around they are always looking directly at themselves. The glowing screens catch the eye, the natural human engrossment with a reflection all combine to snare a viewer and fulfil the forced vanity of the artwork's title.

"The impaired recognition of faces is known as Prosopagnosia and is a condition which the artist has explored in works such as Vanity Mirror (2015) which references the idea of the self and of the ego. The ubiquitous ’selfie stick’s’ genius is that it allows the capture of viewpoints which were previously impossible or difficult. Vanity Mirror similarly allows the viewer to become immersed in an overwhelming number of slightly shifted perspectives laid out in a grid. The screens begin to resemble individual frames from a movie reel alluding to Eadweard Muybridge’s early film studies of animal and human locomotion. Inherent in the work’s title, it comments on the prevalence of portable camera systems in today’s society where the ability to capture every single element of mundanity as well as excitement also in many ways infers a capturing of nothing at all."

Other artworks and collections related to '
Vanity Mirror
' include: 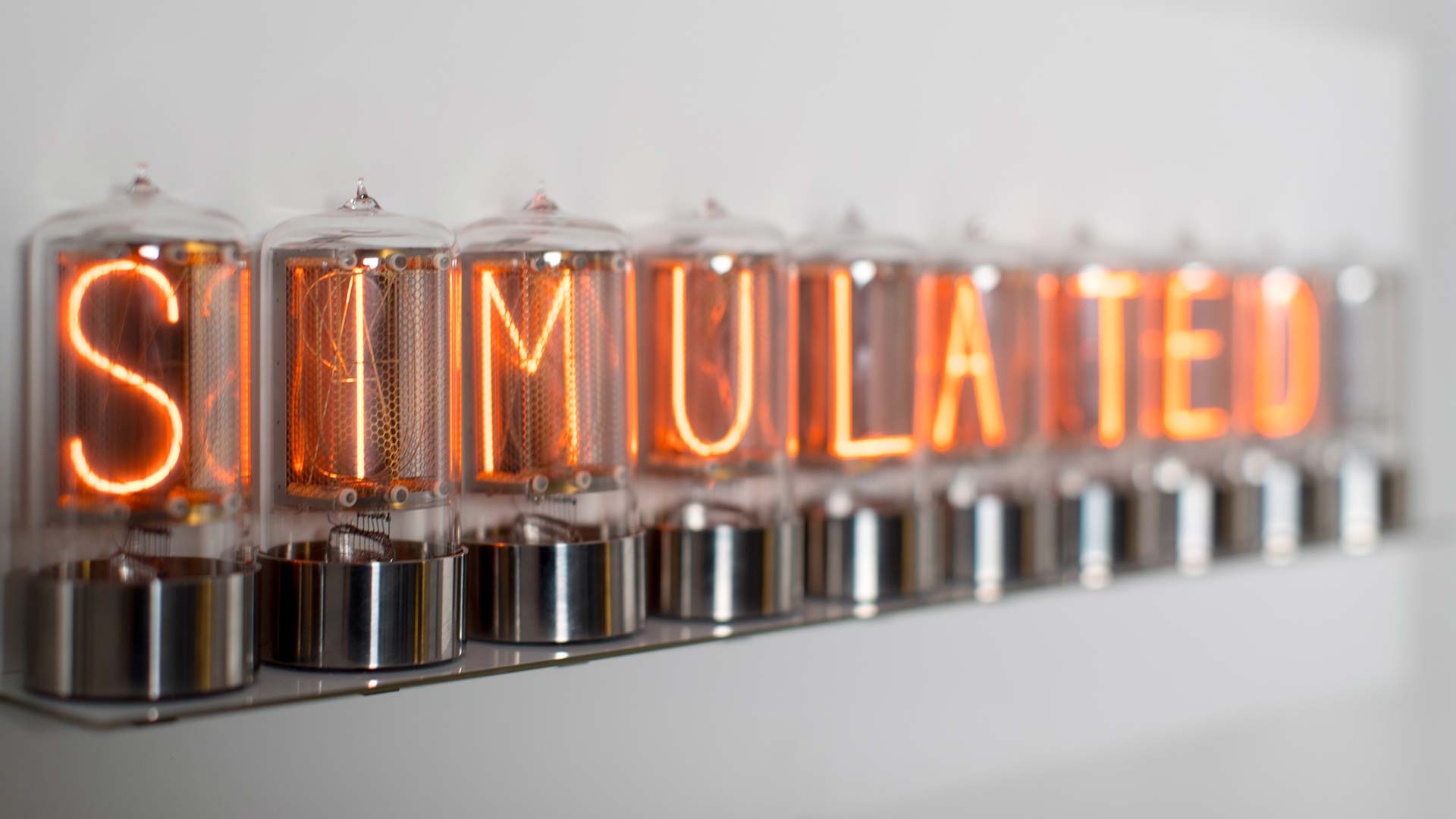 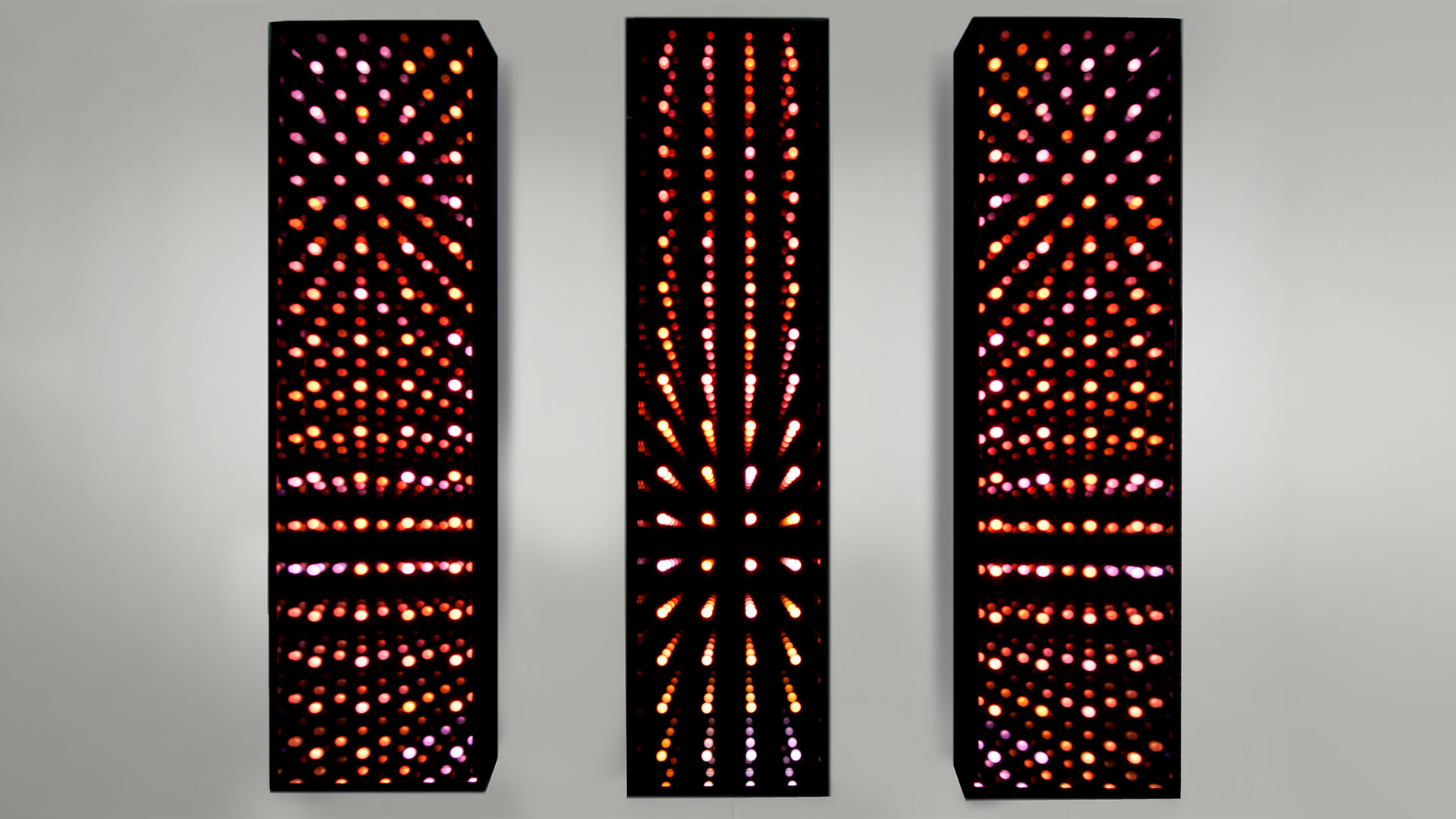