Fascination with the butterfly is not a recent phenomenon in the art world. From Vincent van Gogh to Salvador Dalí, the butterfly has presented itself as a timeless kindred spirit, offering a variety of interpretations many of which have had a long-standing presence in popular culture, film and literature, as well as art. With their enormous palette of colours, as well as their fragility and variety, butterflies have often been used to symbolise aspects of human nature.

The wide range of interpretations is as far-reaching as the many species of butterfly found across the world. One of the more compelling in art history has been the representation of humanity’s capability for transformation. Contemporary artists of different mediums have grasped this historical precedence and upheld the numerous symbolic references, so that the butterfly has come to signify a ubiquitous theme: the duality of life and death.

Dominic Harris has built upon these foundations by using the butterfly not only as an art piece, but also as a design object. The viewer is in the direct gaze of Harris’s interpretation as well as the butterfly’s natural creative spirit, allowing new discourses between the audience, the artist and these colourful insects to take shape.
‍
Artists understand that the representation of life is just as impactful as that of rebirth and death. Harris has chosen the former with Baby Flutter (2012), which comprises a series of interactive LCD screens featuring ten living portraits of different butterfly specimens, each with their own characteristics. In order to highlight the intricate details of their wings, they are programmed to change from resting pose to flight mode as the viewer approaches the artwork.
‍
This interactivity is key, as it demonstrates the playfulness and splendour of each flutter. Although Baby Flutter provides a controlled environment in which to witness the exquisite movement of each butterfly, it reaches far beyond the LCD screen, presenting the viewer with a unique combination of the high-tech design of the artwork and the butterfly itself.

The continuous fluid motion of flight is made possible by the actions of the viewer, creating a new cycle between the individual and the artwork. Rather than a natural cycle of life and death, it is a continuous cycle of being, which brings to the fore a celebration of life, play and gracefulness. 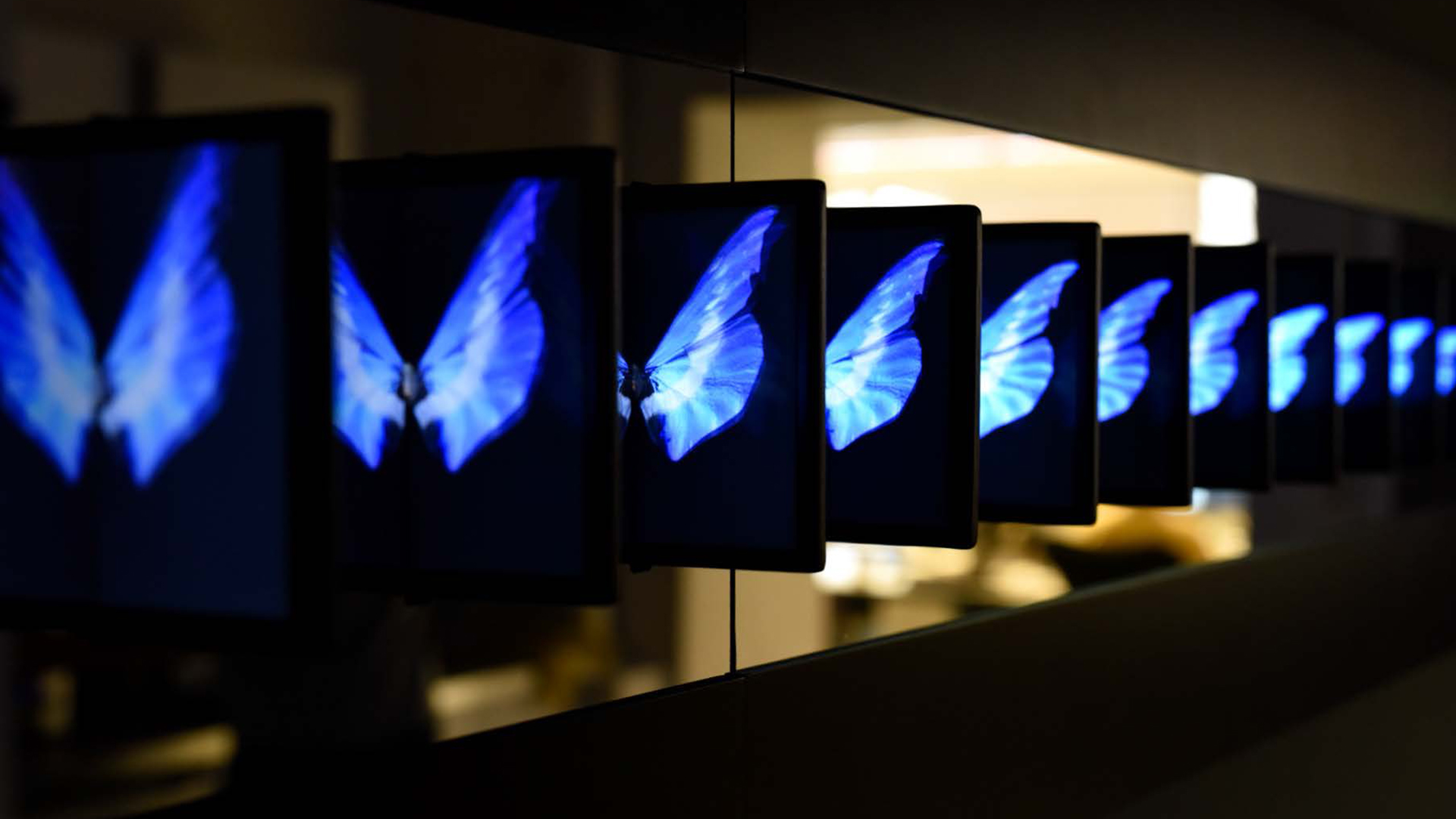 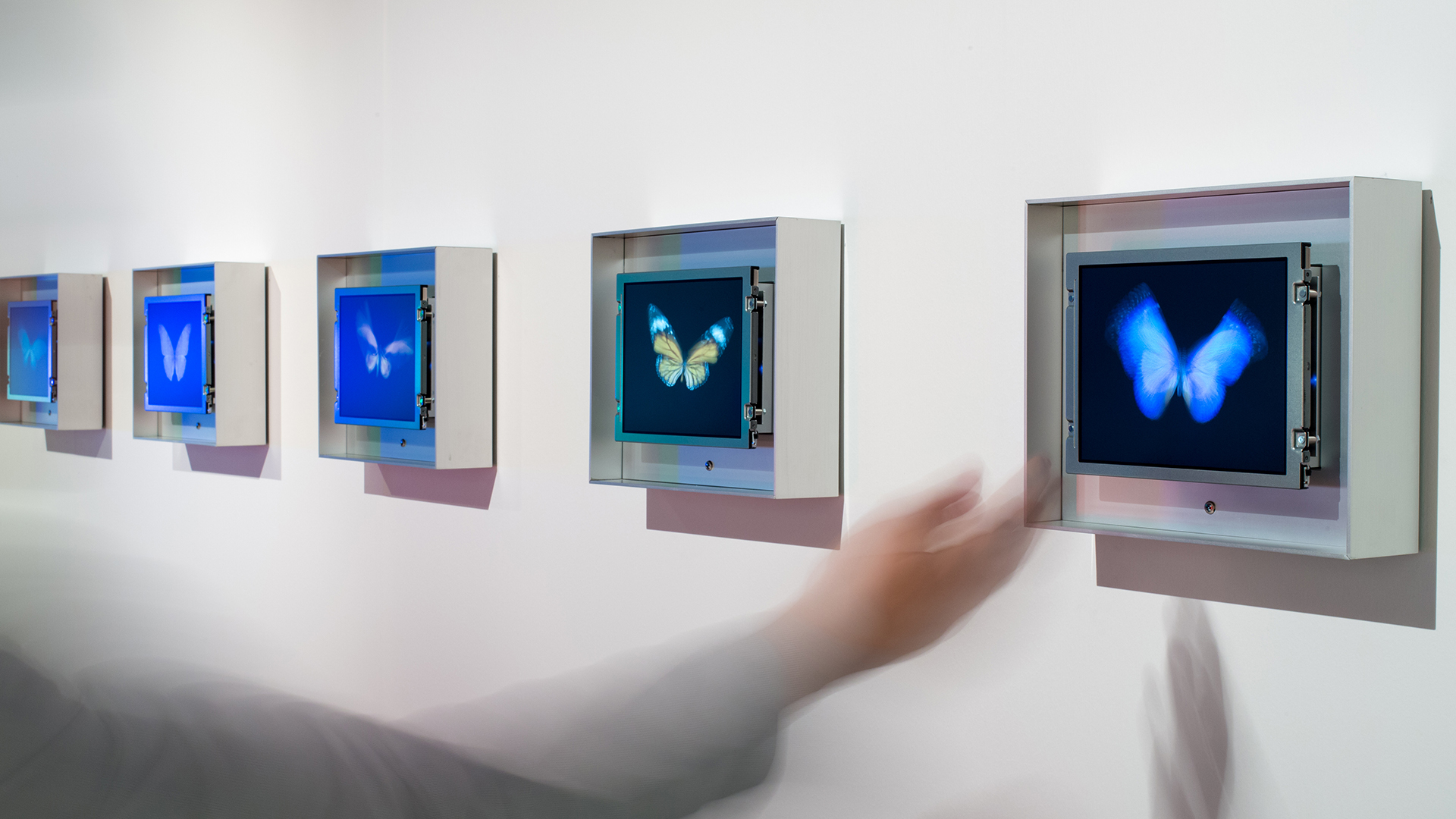 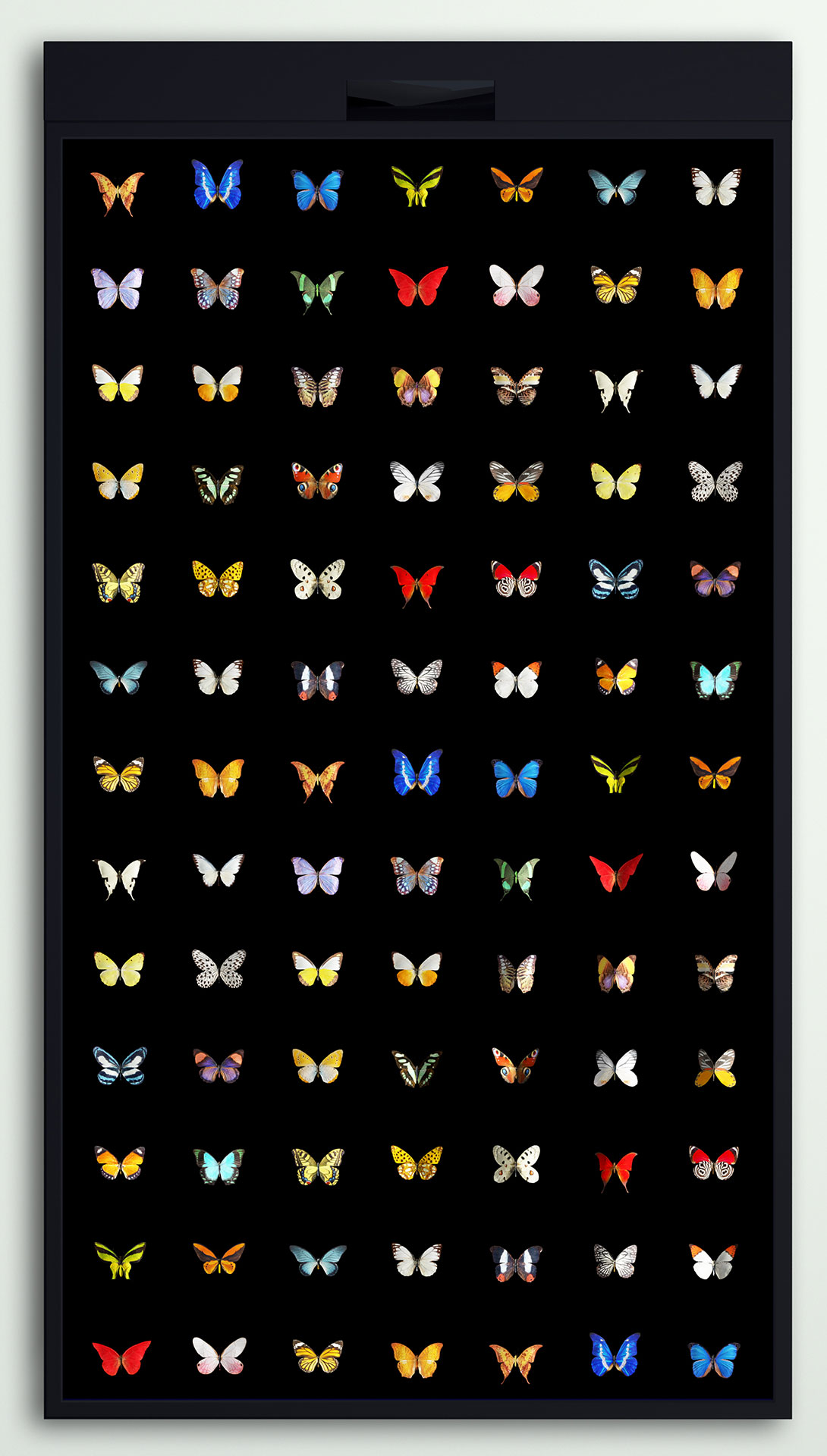