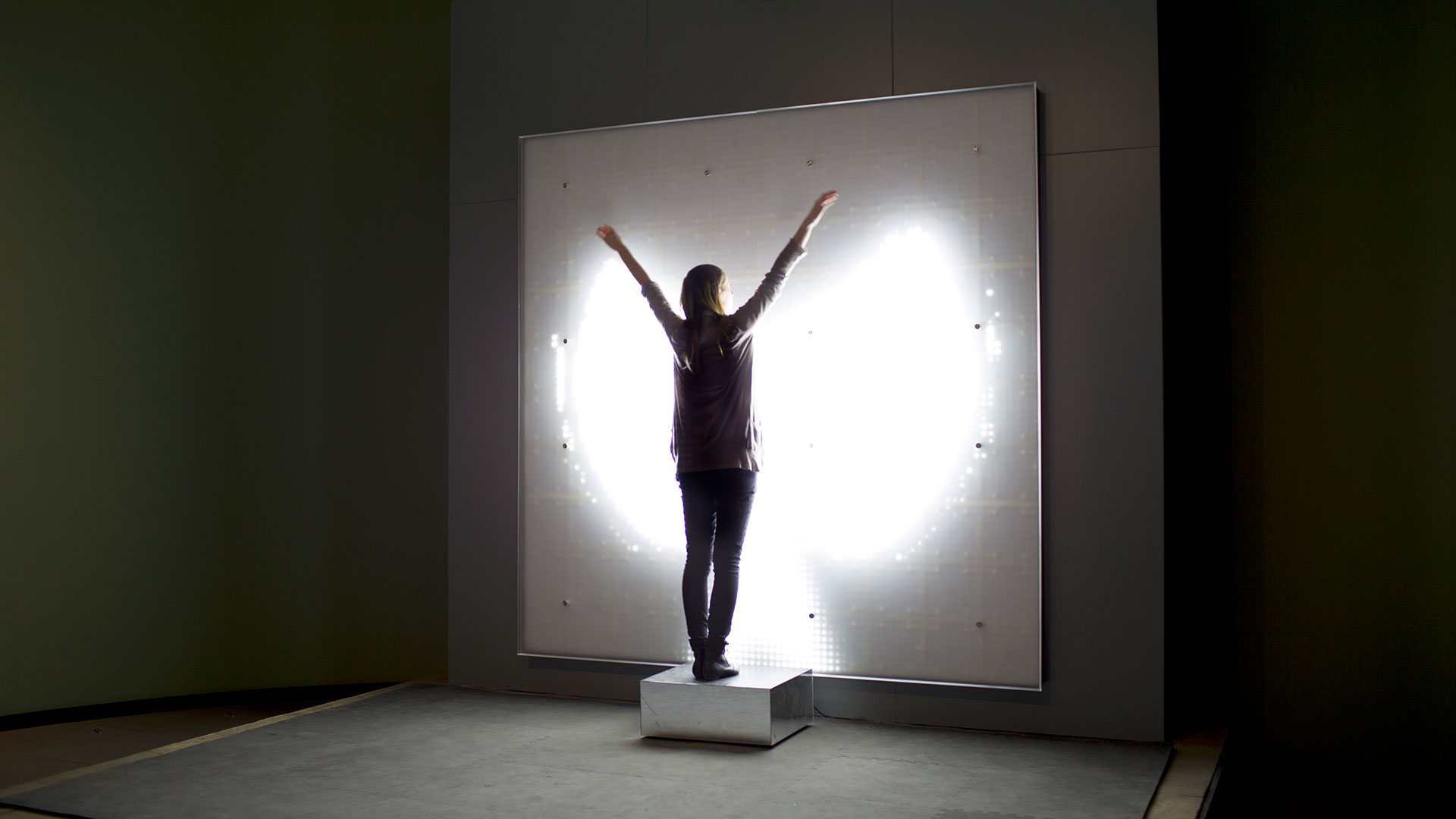 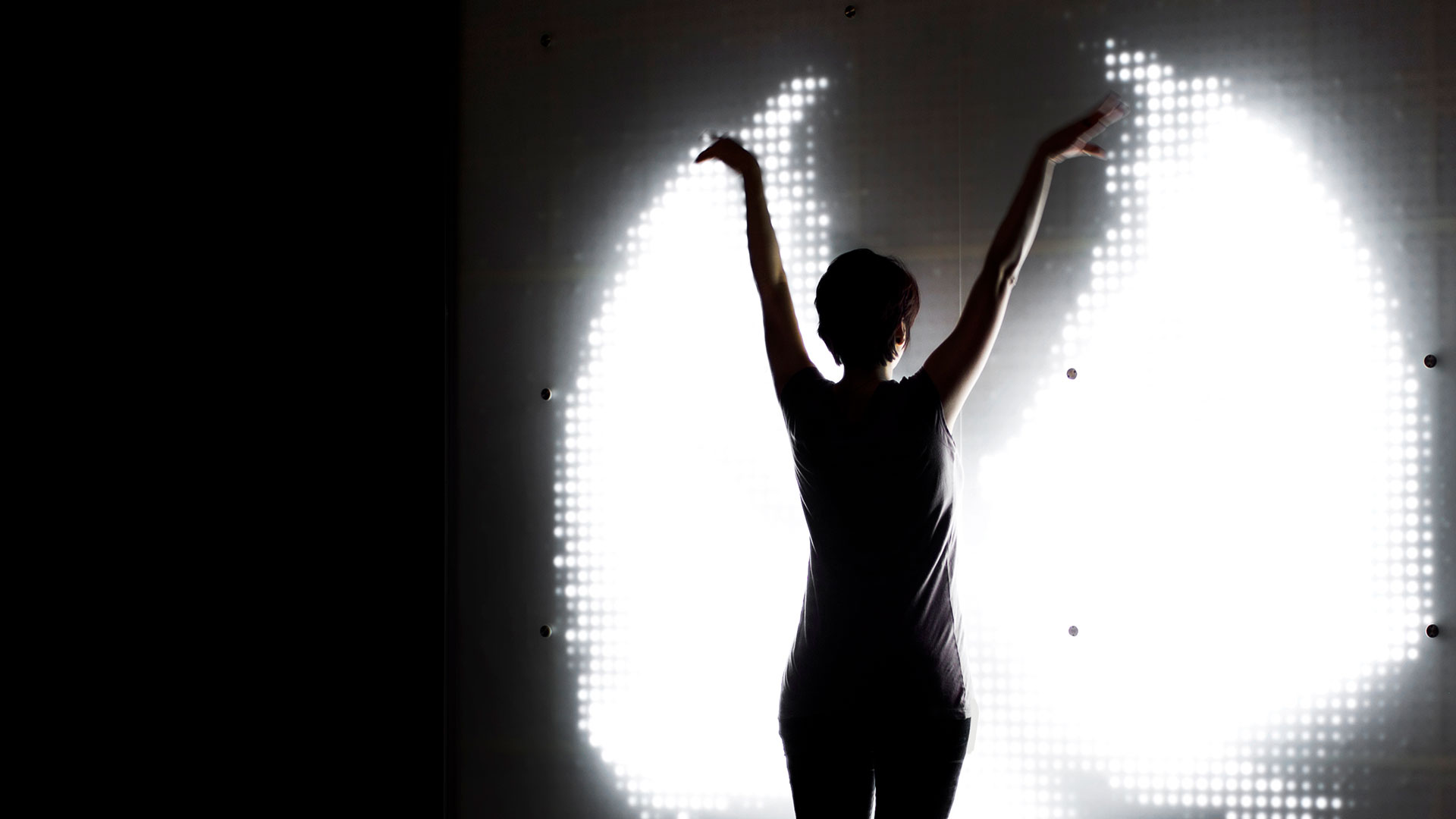 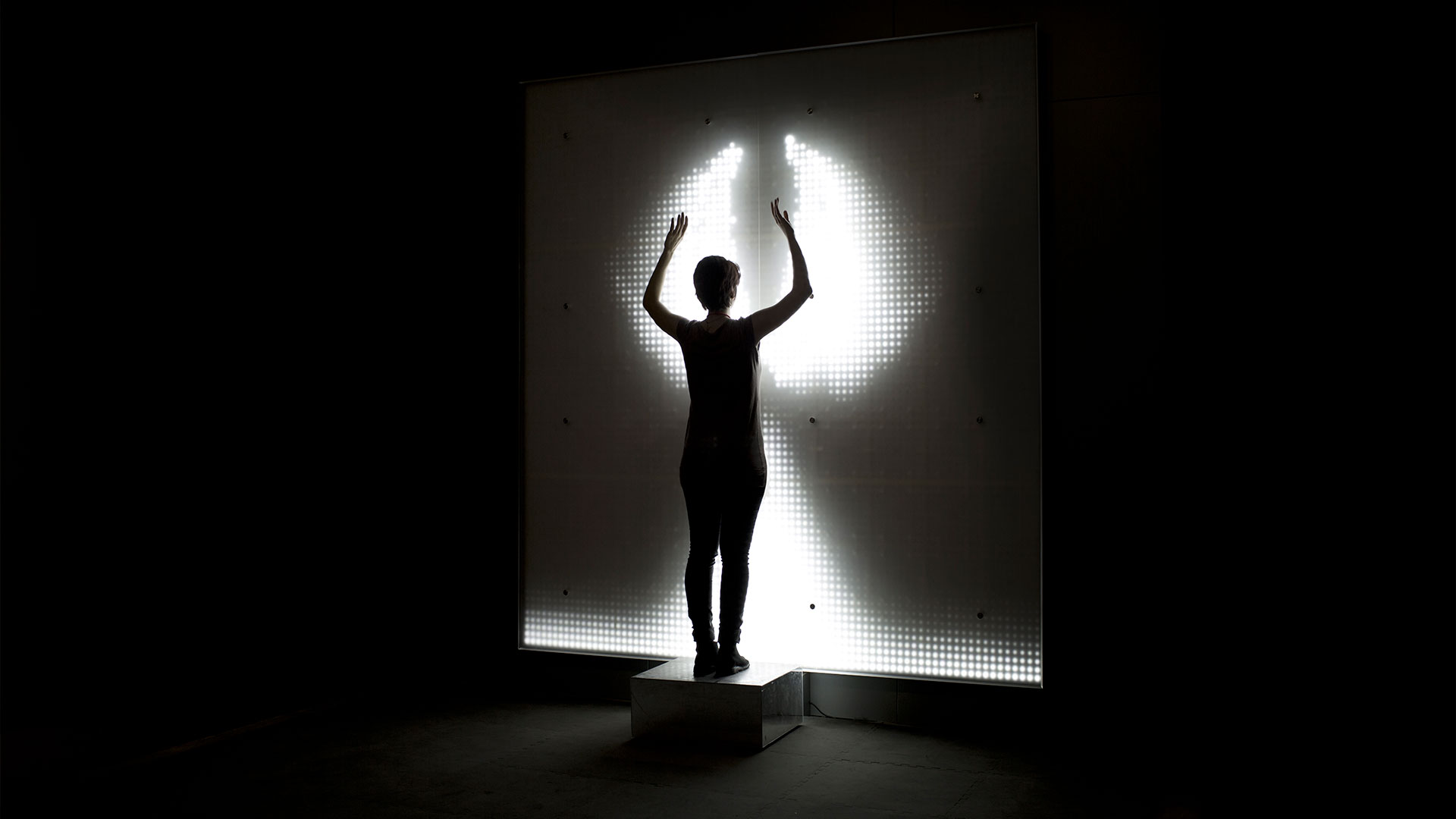 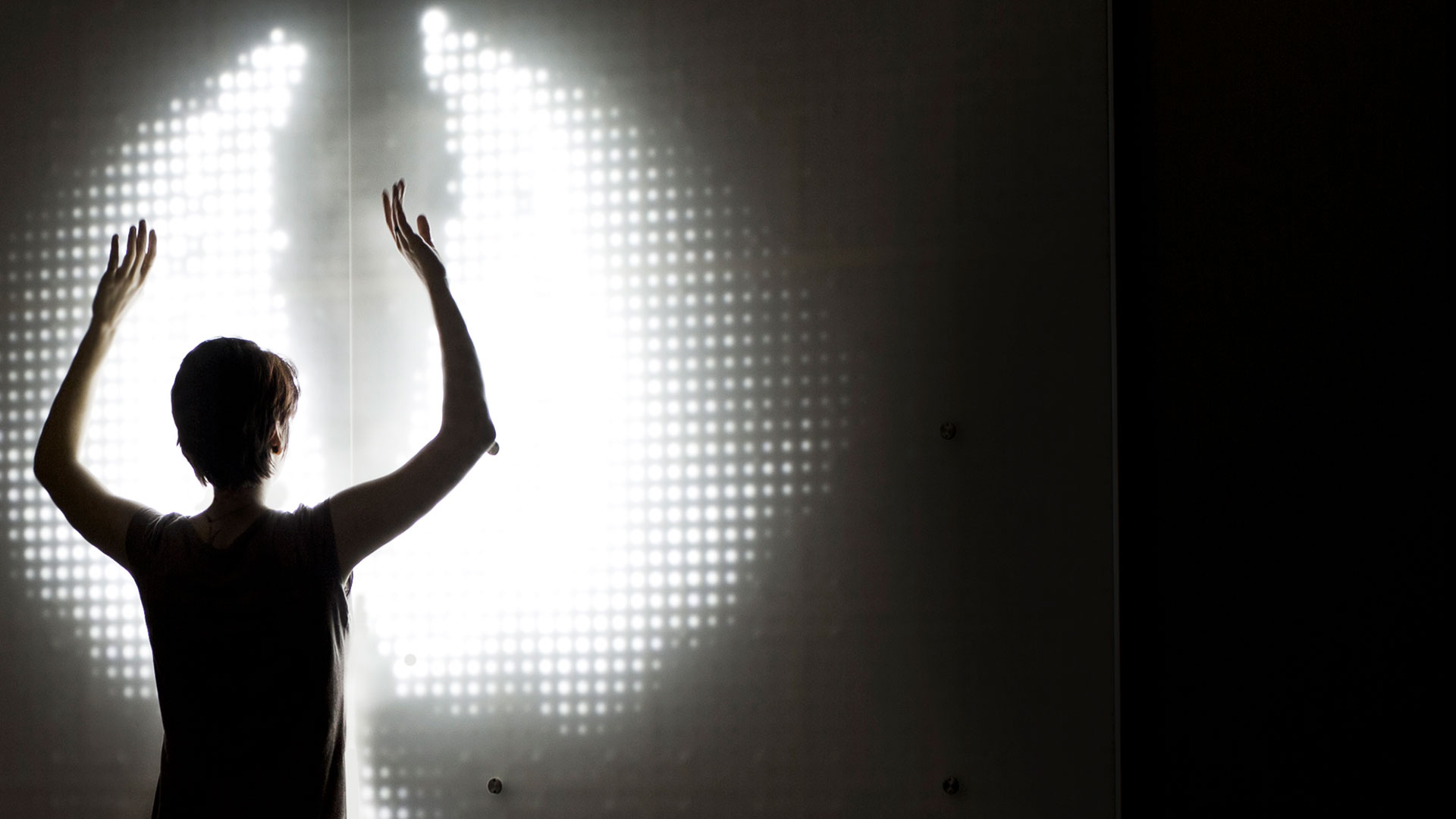 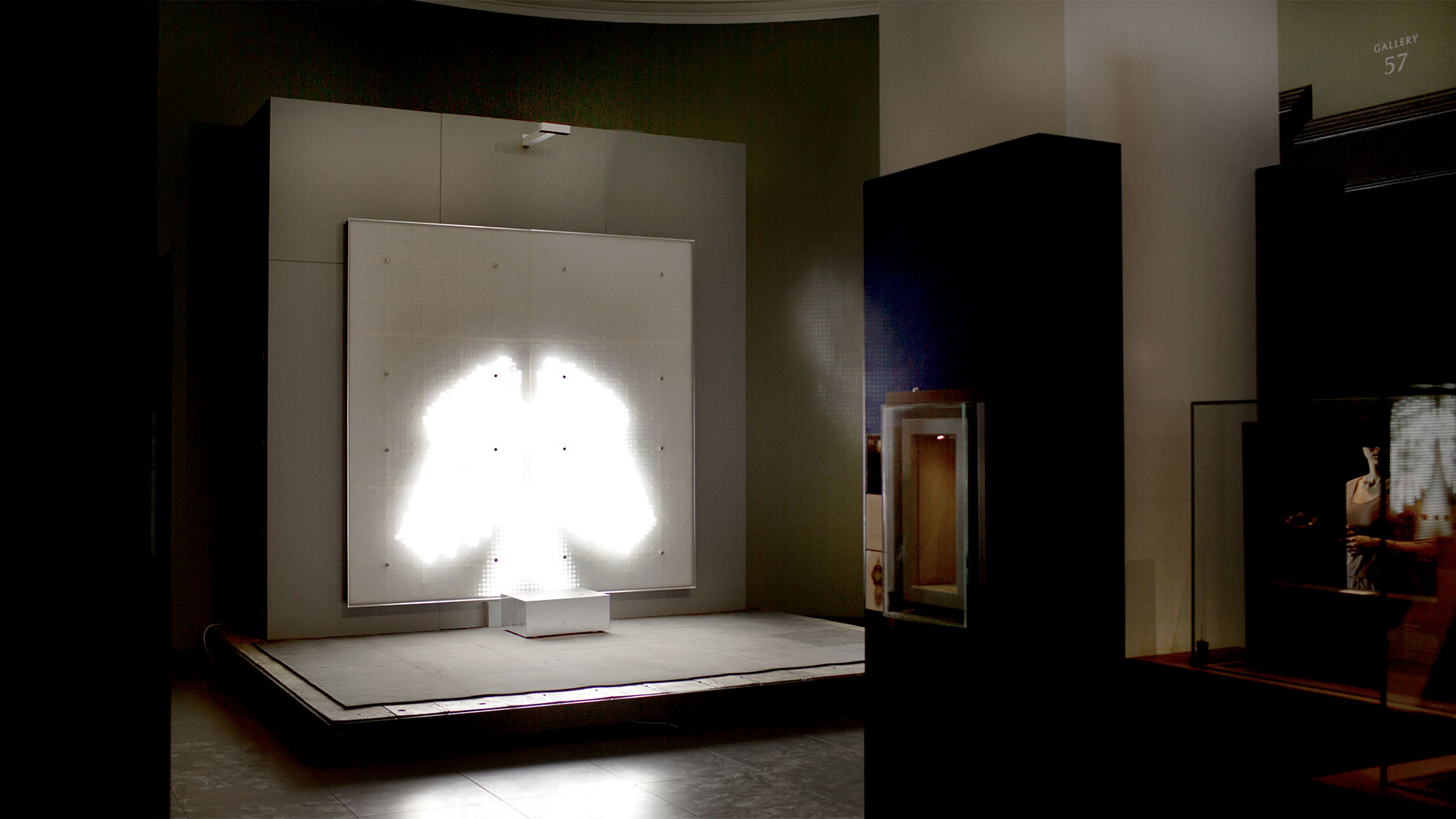 Ice Angel was exhibited for the first time in Europe on a long term display in the British Galleries of the V&A. A second temporary art lighting installation titled Walk the Light (created in collaboration with Cinimod Studio) was commissioned by the London Design Festival and the museum. This experimental interactive installation created a band of white light which physically followed the visitor, forming a bright line of light tracking his/her journey. As one person passed, the white light jumped to the next arrival. Either side of the white band, washes of strong colour were pushed and pulled along the tunnel, creating an ambient lighting effect that represented the overall ebb and flow of the traversing visitors. Throughout the day, these colours shifted in hue and saturation, as they responded to the prevailing direction of the crowds’ movement.