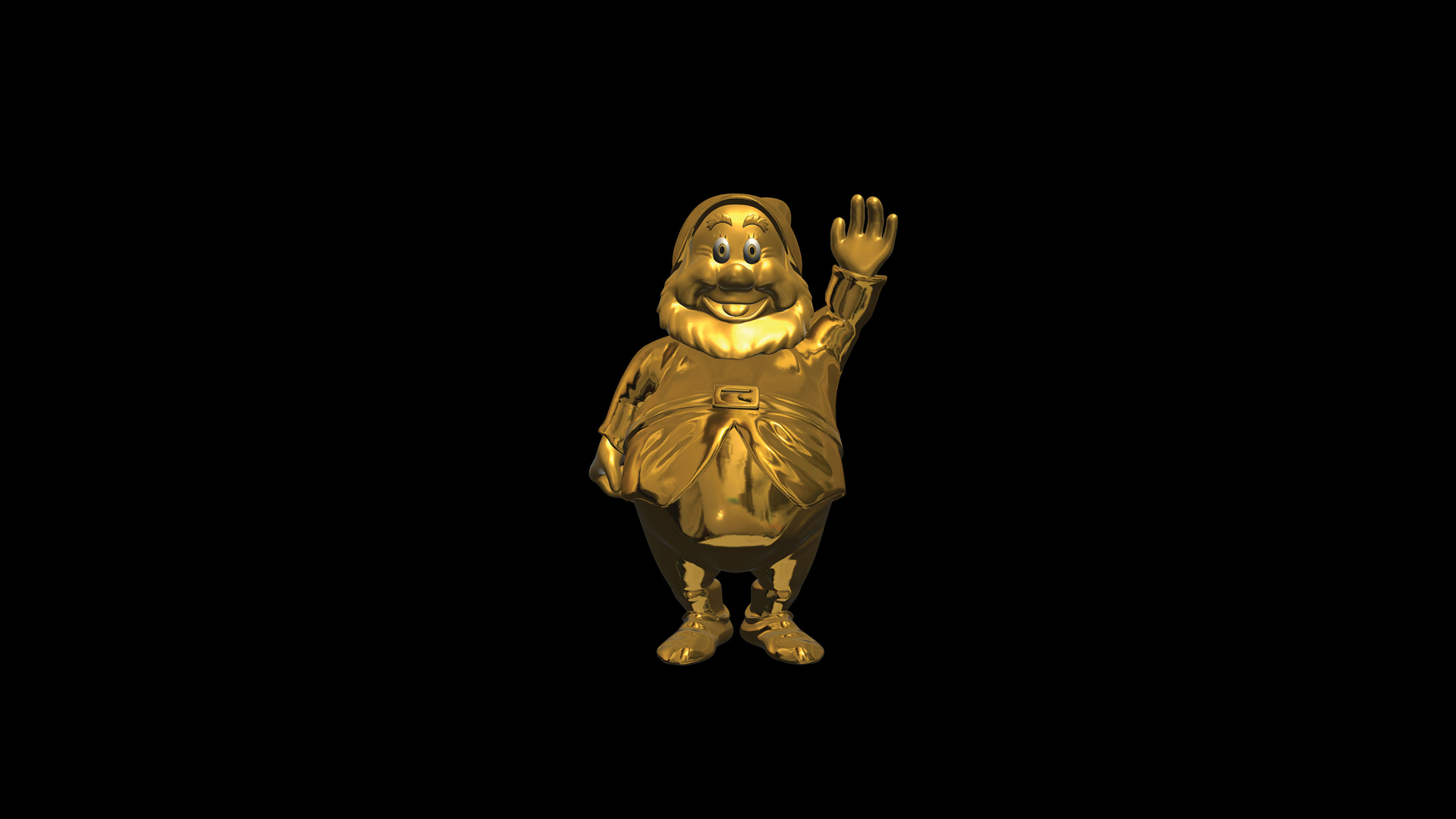 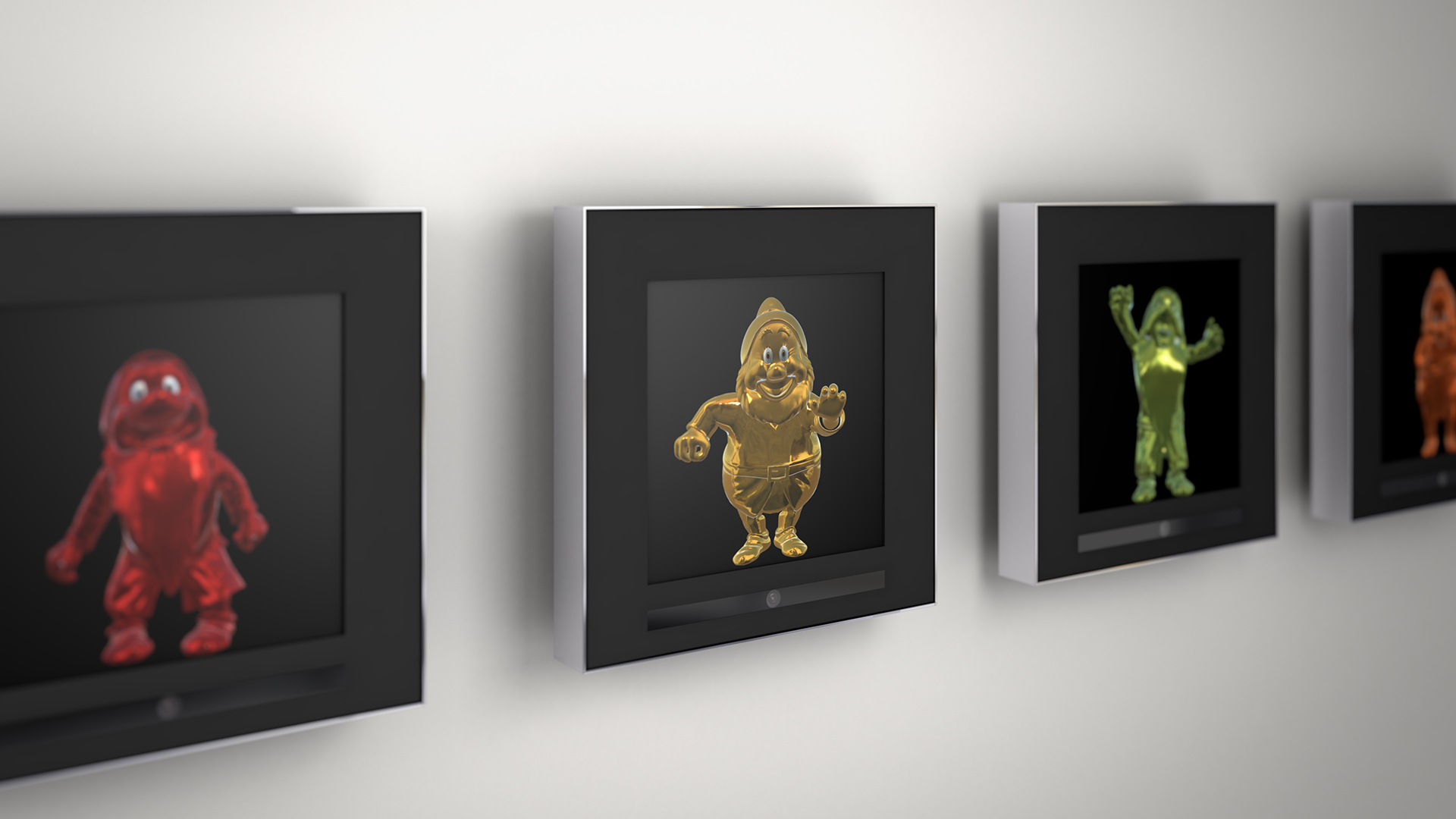 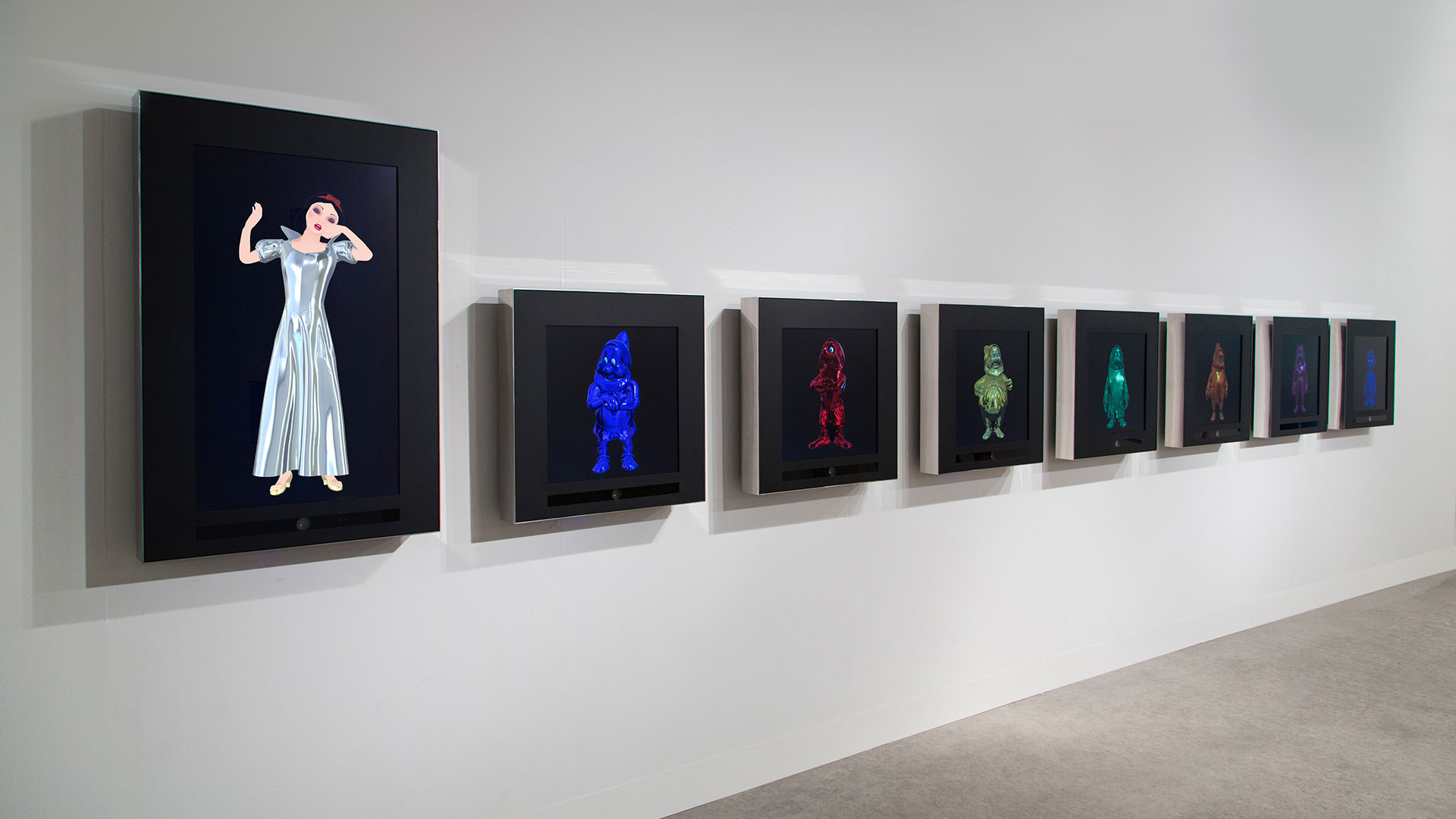 Everything is a joke to Happy. Even chubbier than lovable old Doc, Happy is always ready with a belly laugh - a fact that annoys Grumpy immensely.

A protruding rounded belly is a defining characteristic of this dwarf. As he stands tall and proud, the reflection of the viewer can be seen in is his plump tummy, as he laughs and jiggles to entertain. His movements are full of life and similar to Dopey he dynamically claps, waves, laughs and points out to the viewer.

Other artworks and collections related to '
Happy (Disney)
' include: 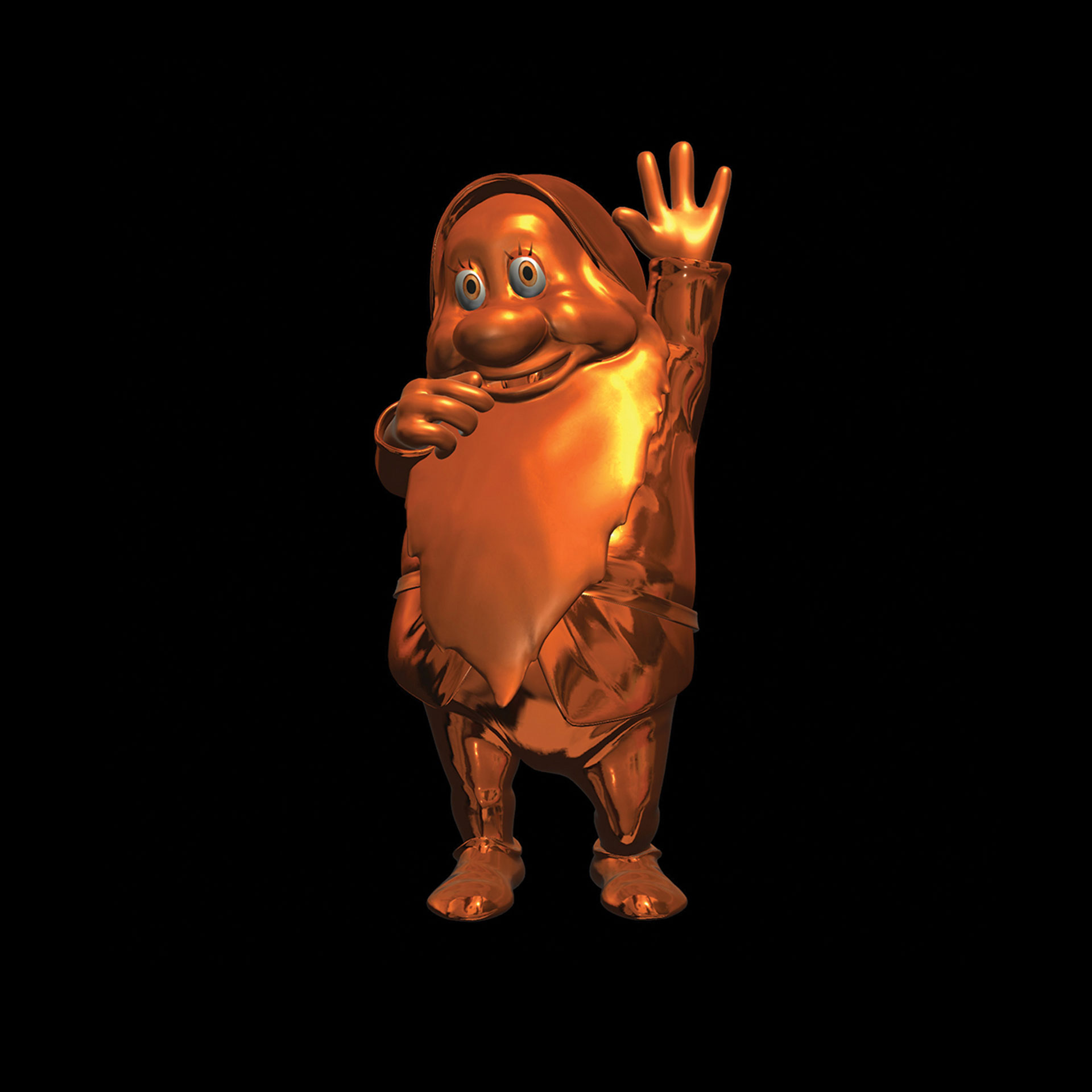 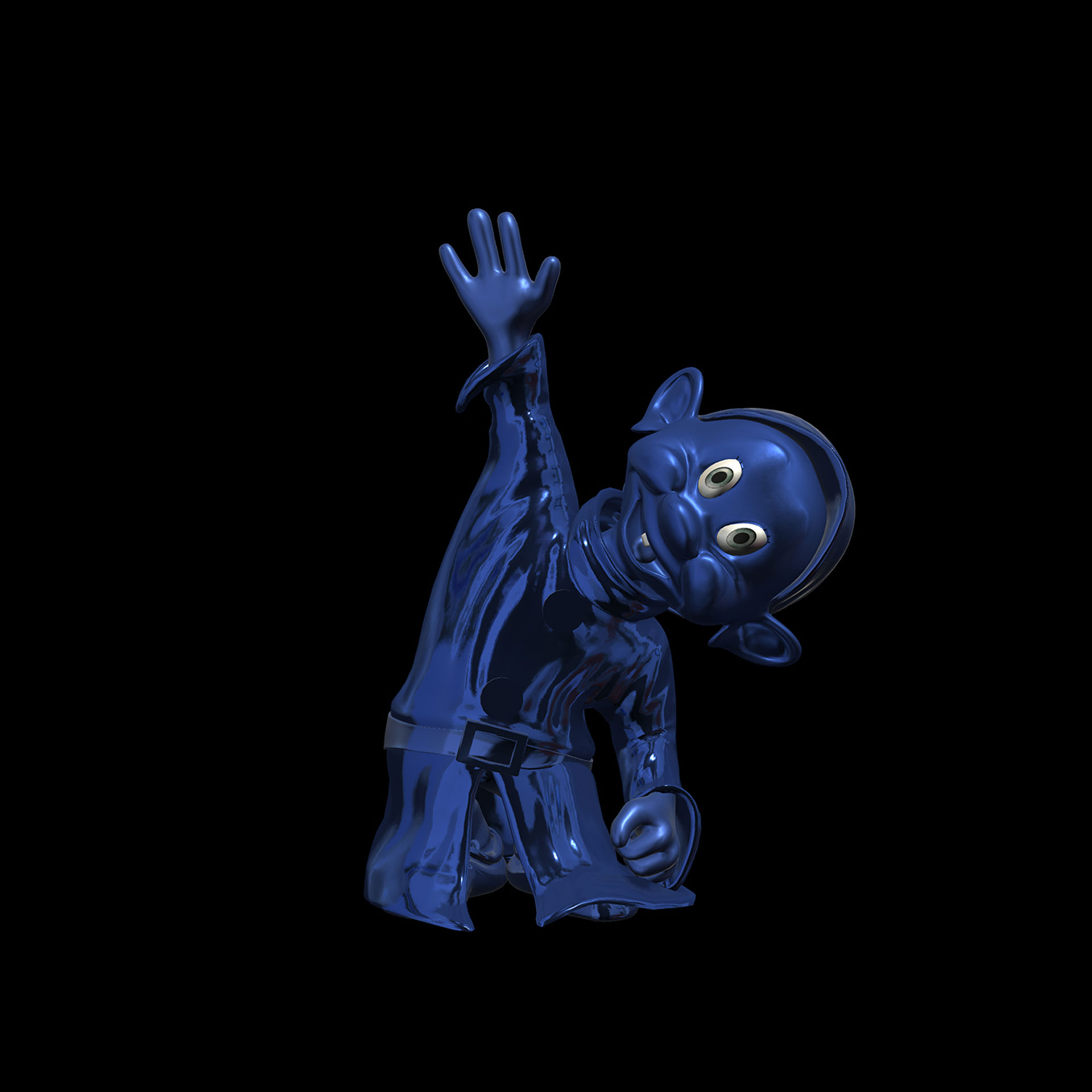 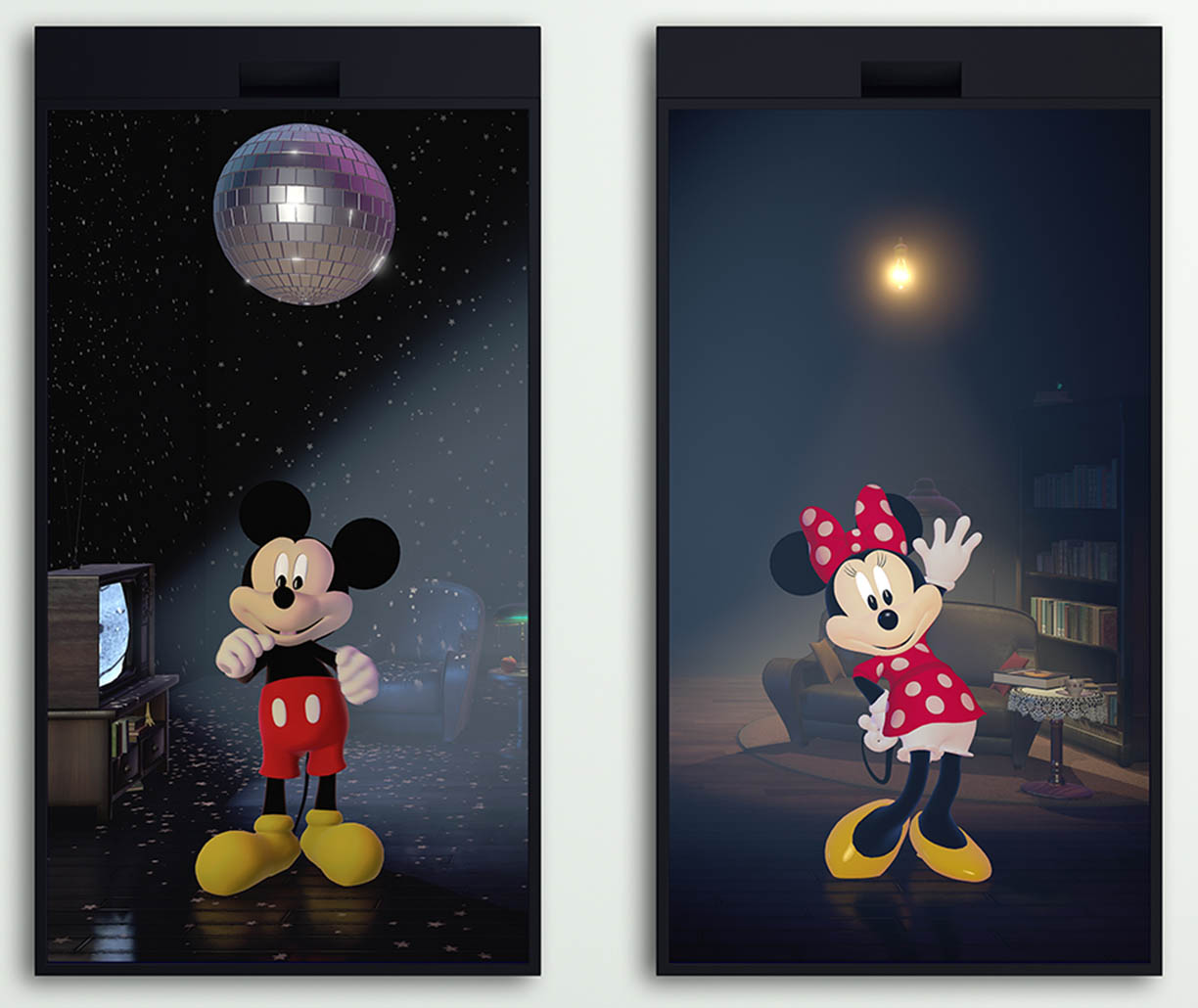