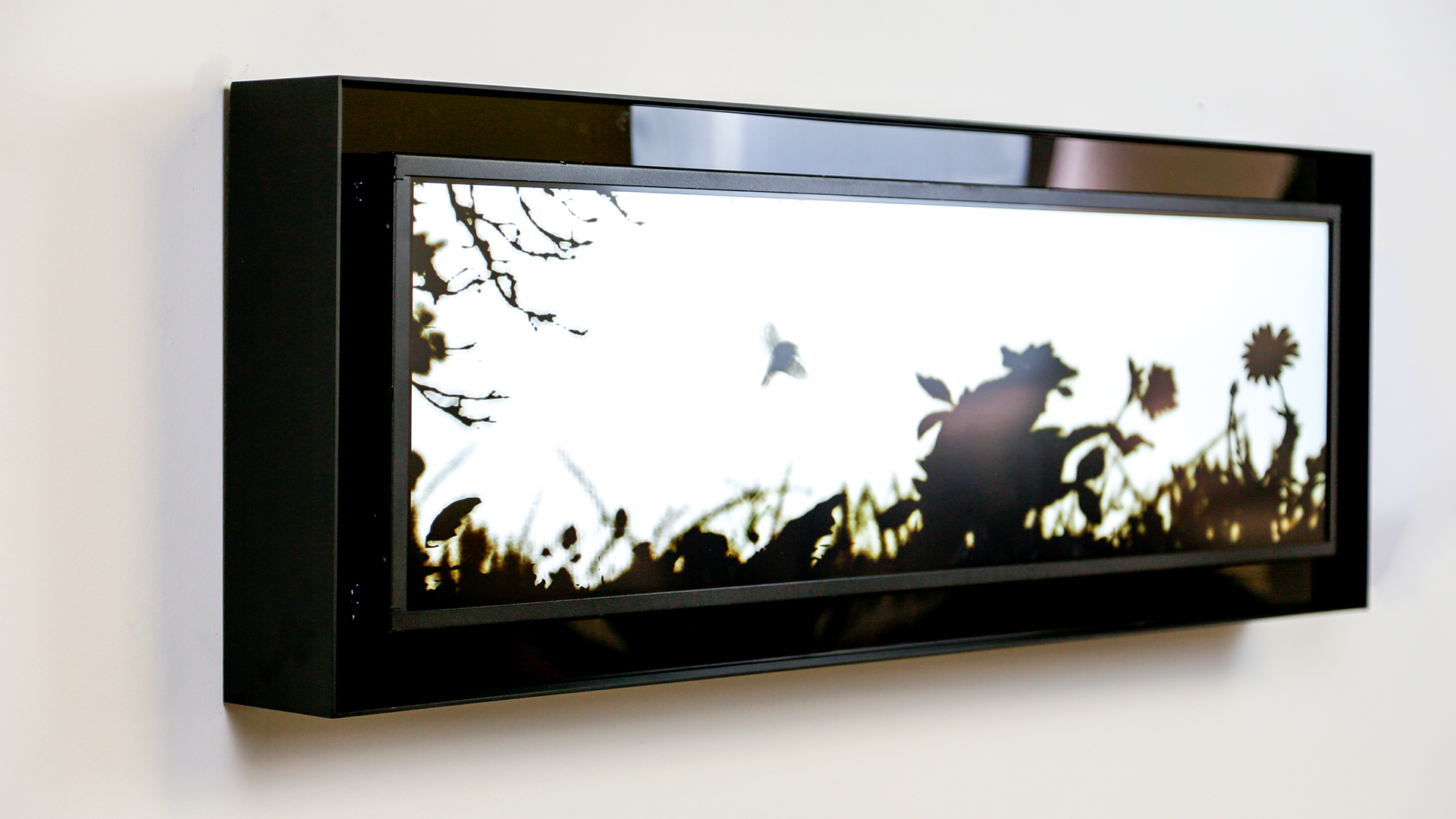 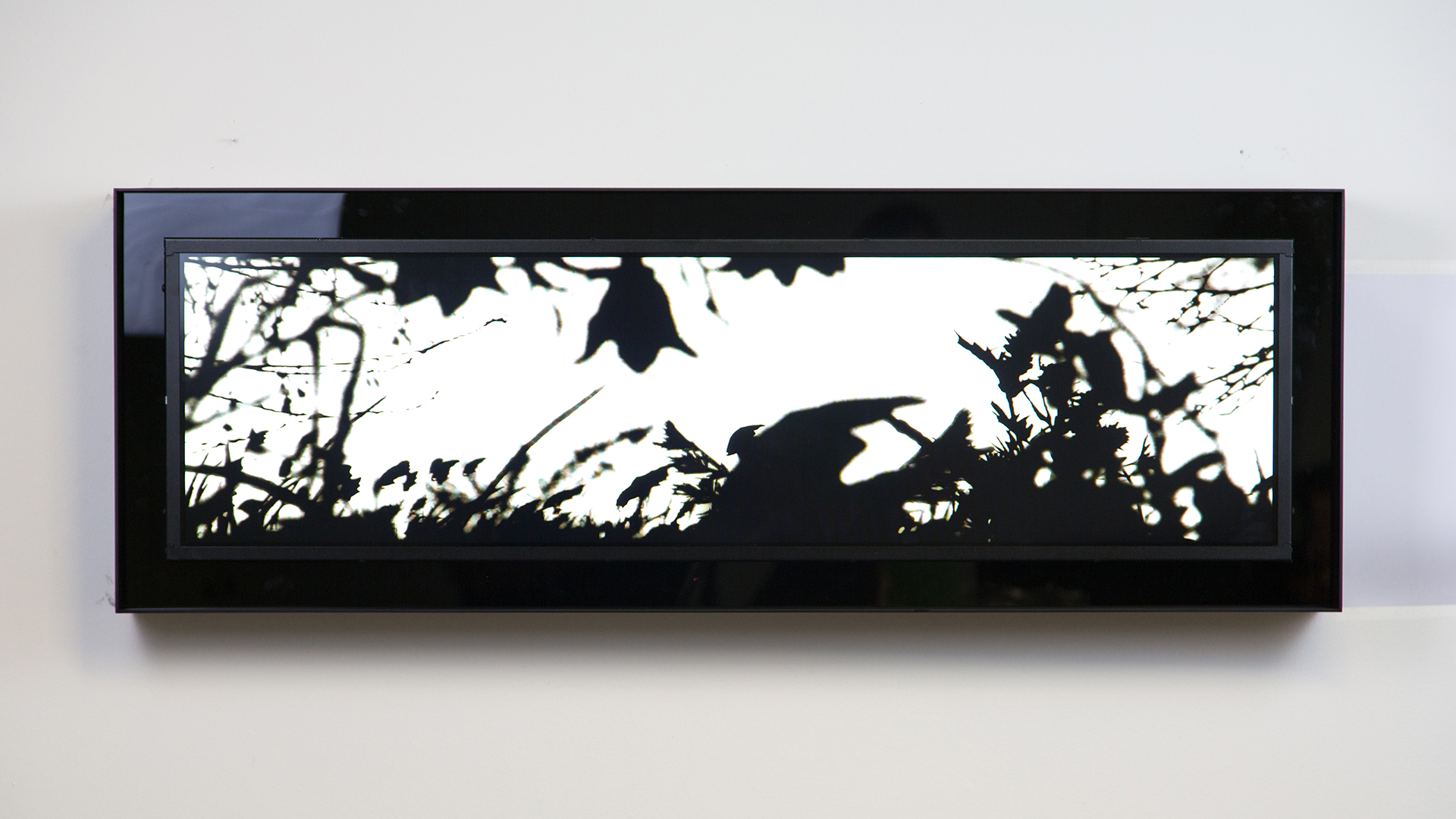 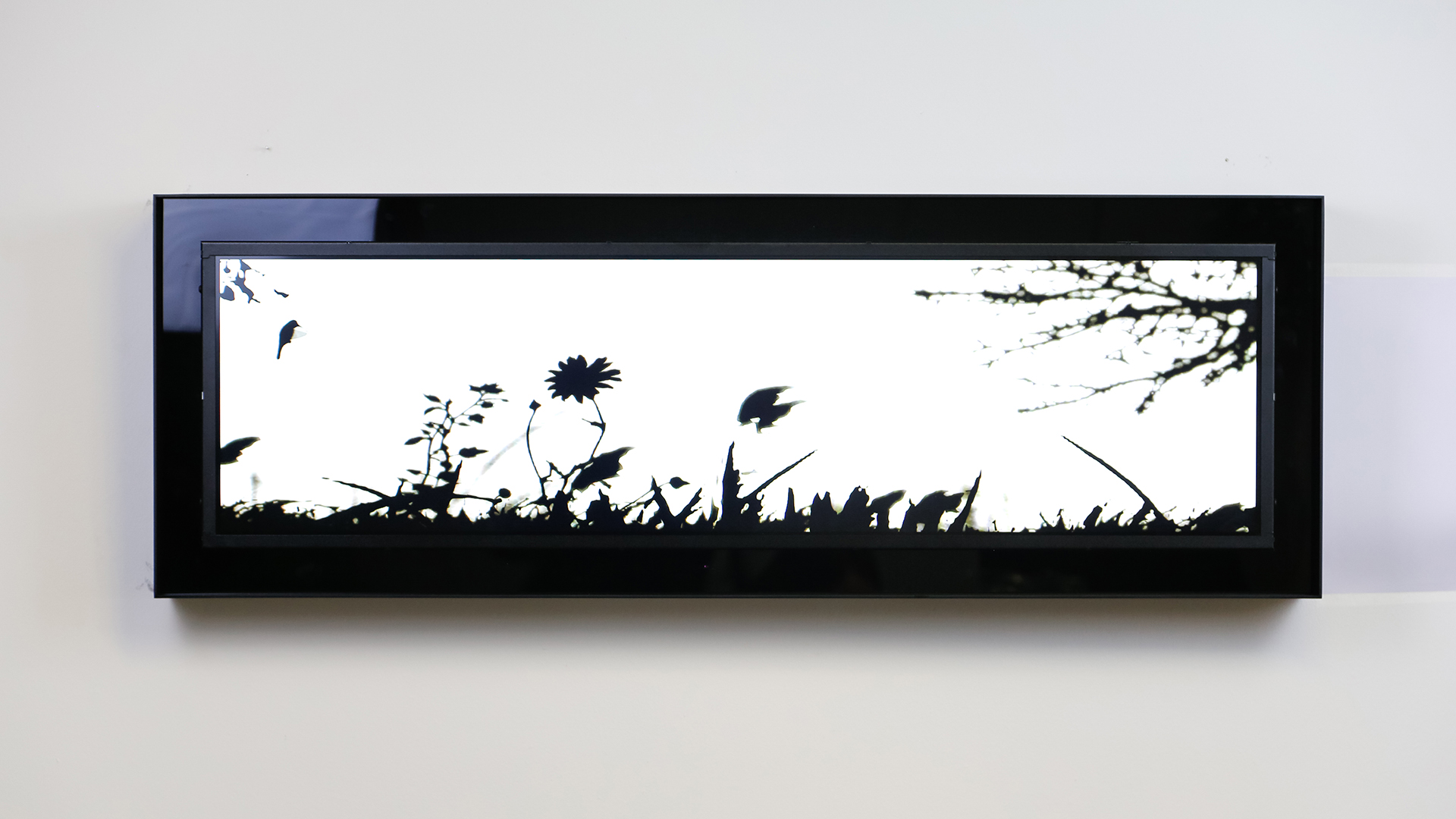 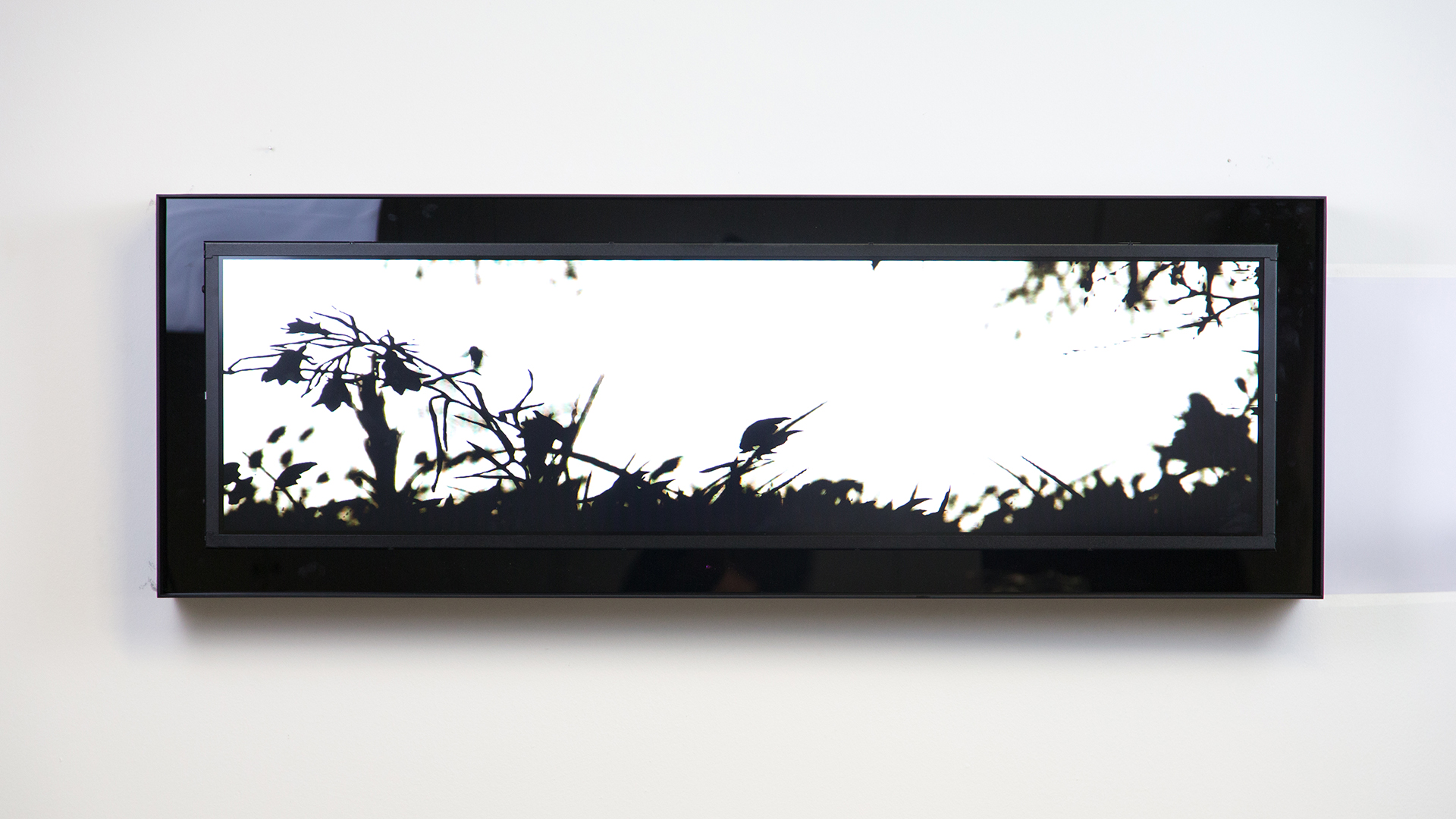 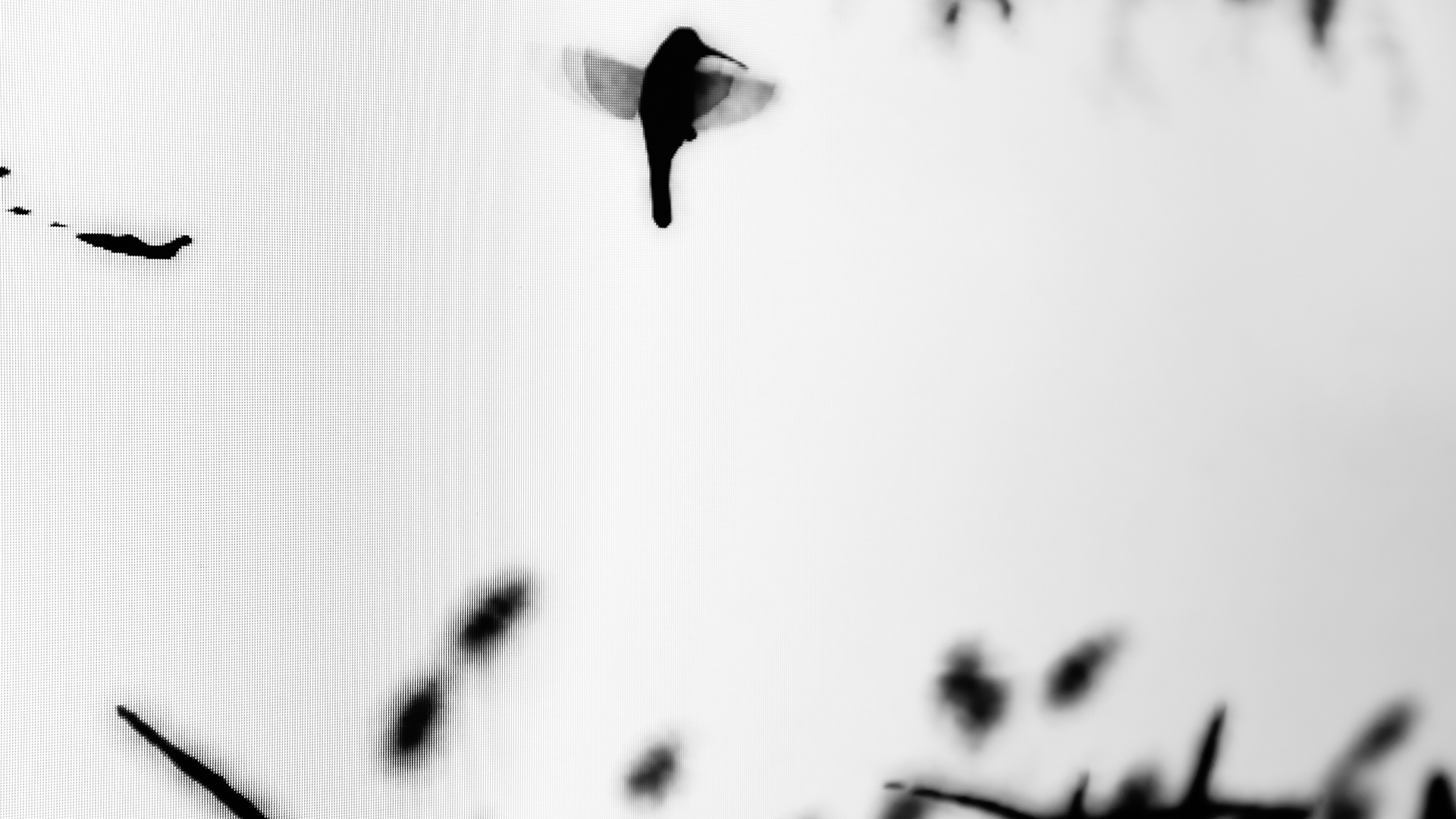 The hummingbird is one of the most nimble and agile small birds and is known for the fashion in which it seeks outs nectar from plants whilst hovering. Within Hummingbird the flight of this fantastic bird is controlled interactively by the movement of the viewer in front of the artwork.Similar to a Shoji Japanese rice paper screen, whereby a continuously evolving and animated shadow play is visible. Within these shadows a constantly evolving scenery of plants and trees are visible, with the hummingbird darting between various hovering points. The movement of the hummingbird is influenced by the viewer before it. However, in an unexpected twist from a traditional shadow screen, the depth of field in the shadows slides forward and backward, itself tracking the movement of the hummingbird. This provides a mesmerizing yet subtle depth to the two dimensional digital painting.The artwork is presented on a bespoke wide-format 16:4 format display that provides a sharp and highly bright canvas on which the flight of the hummingbird is depicted.

Hummingbird is an artwork by Dominic Harris through which his obsession with depicting nature through unique interactive portrayals has resulted in a complex artwork that is striking for its crisp simplicity and visual elegance. Although the Hummingbird artwork was not widely shown or sold (in part because of the physical scale of the computer power required to obtain the graphical beauty when this artworks was first developed in 2013), it became a critical stepping stone to the more recent artworks that Harris has created.  Hummingbird was of particular note for the introduction of the wider range of sensing equipment and the generative nature of the landscape planes employed within Harris's new 'canvas' format.

Other artworks and collections related to '
Hummingbird
' include: