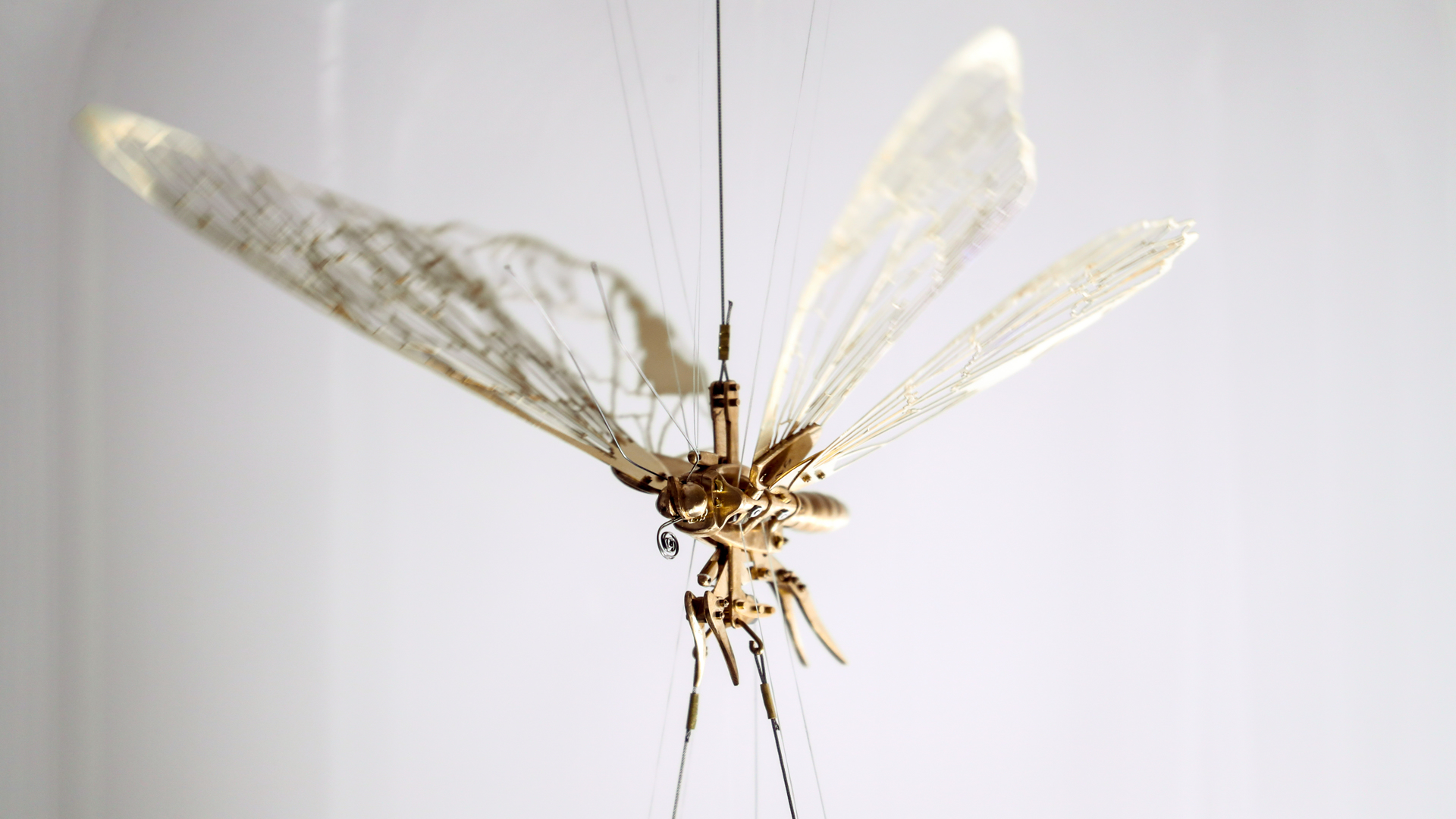 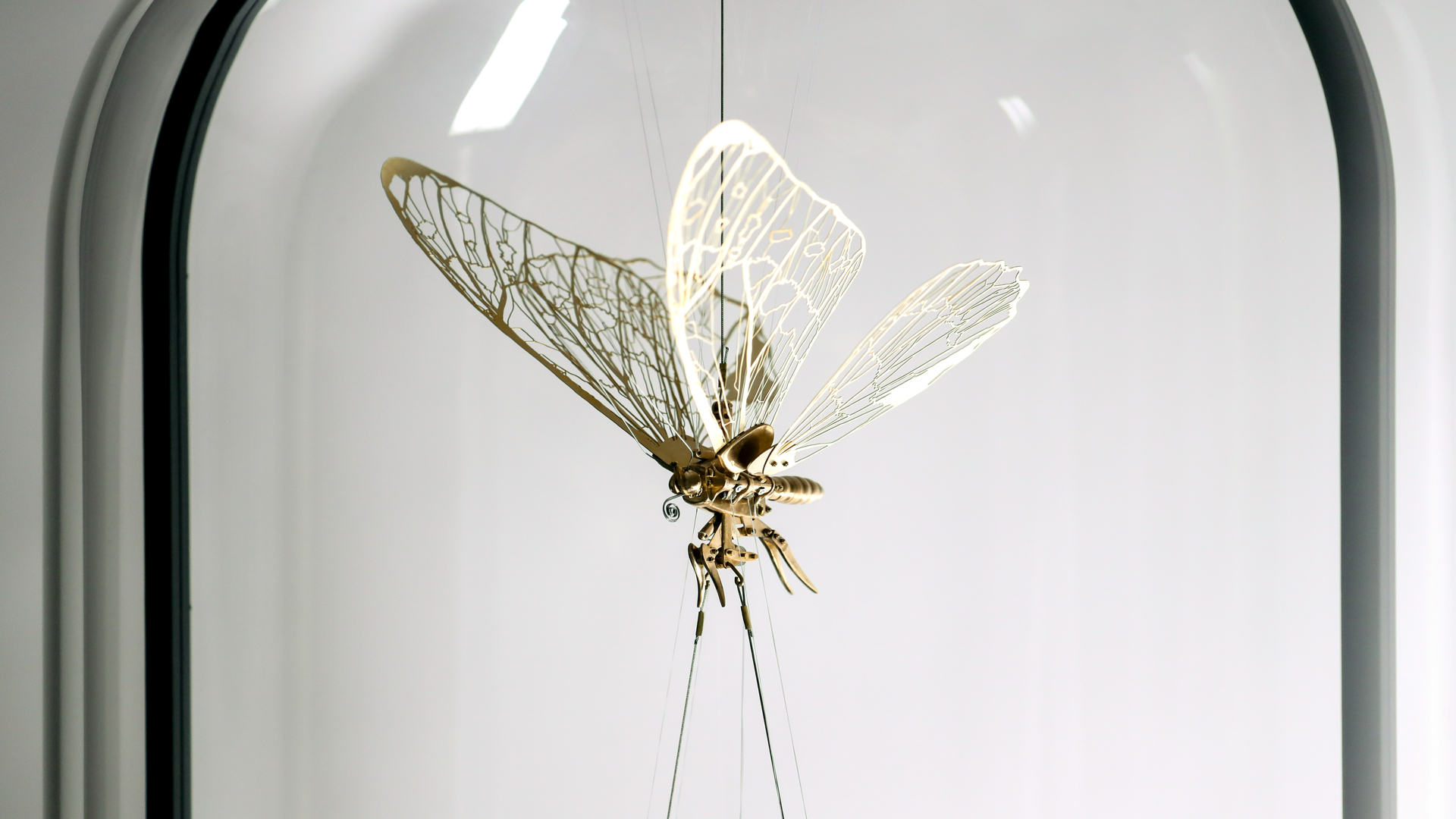 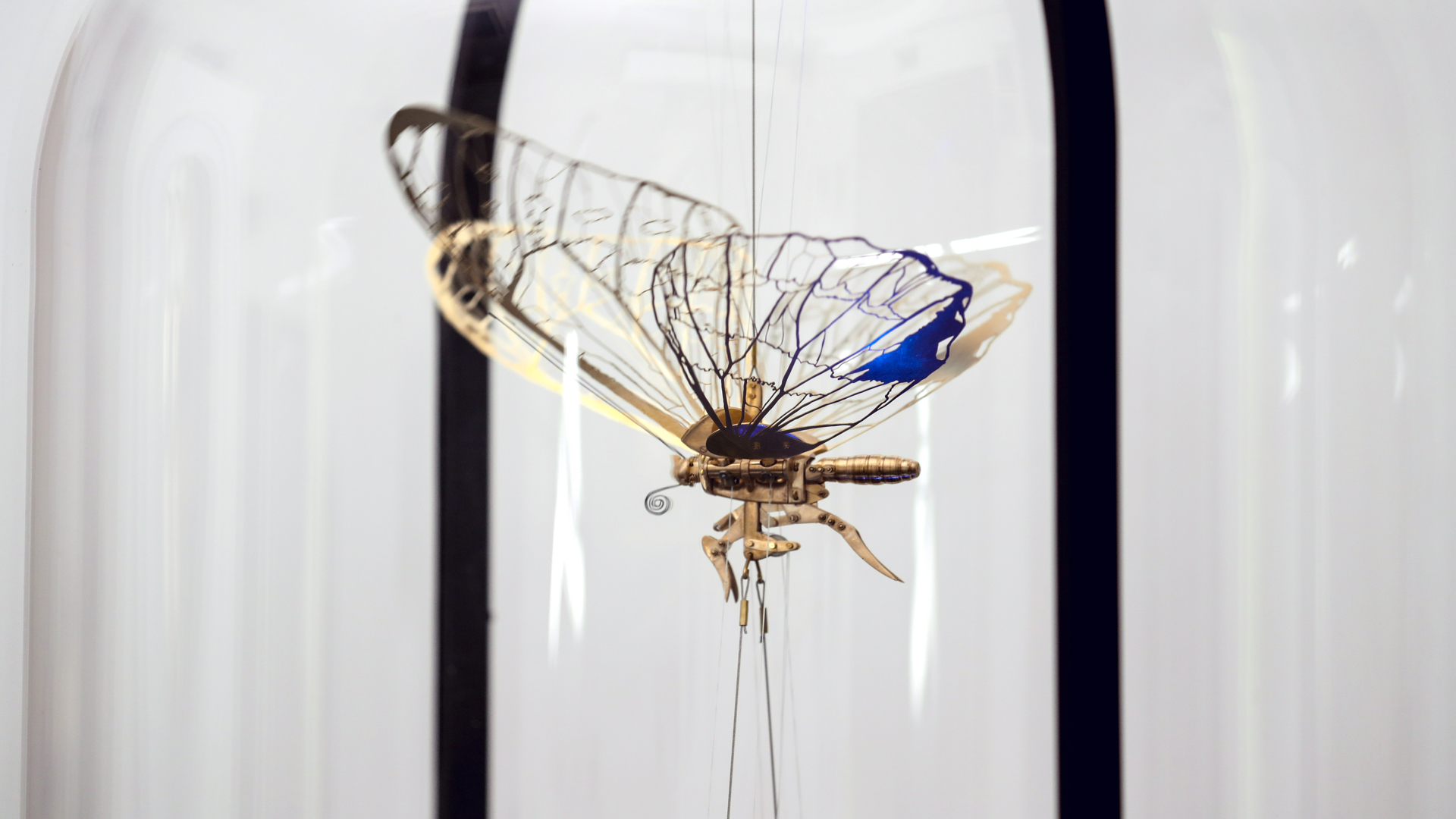 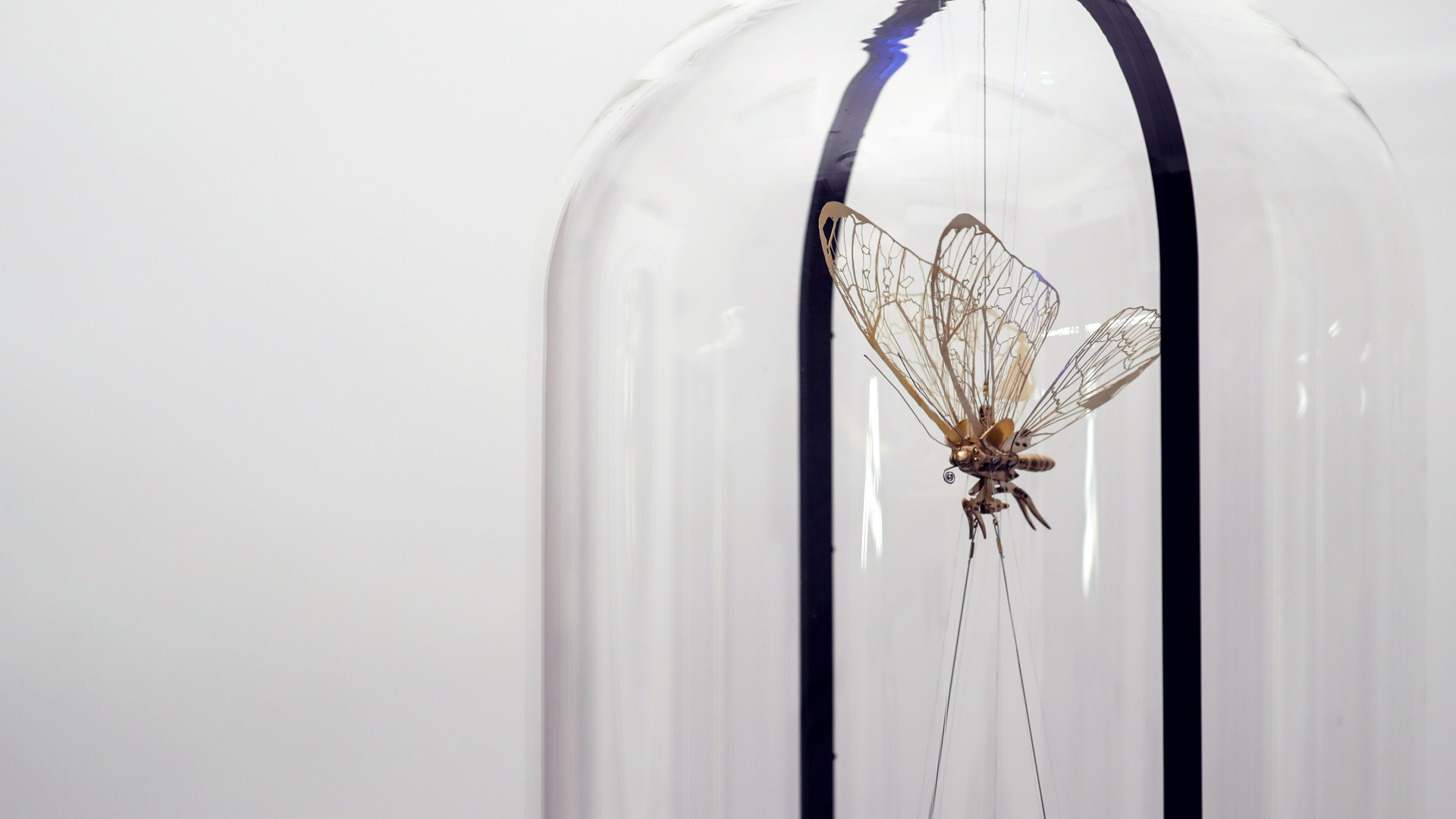 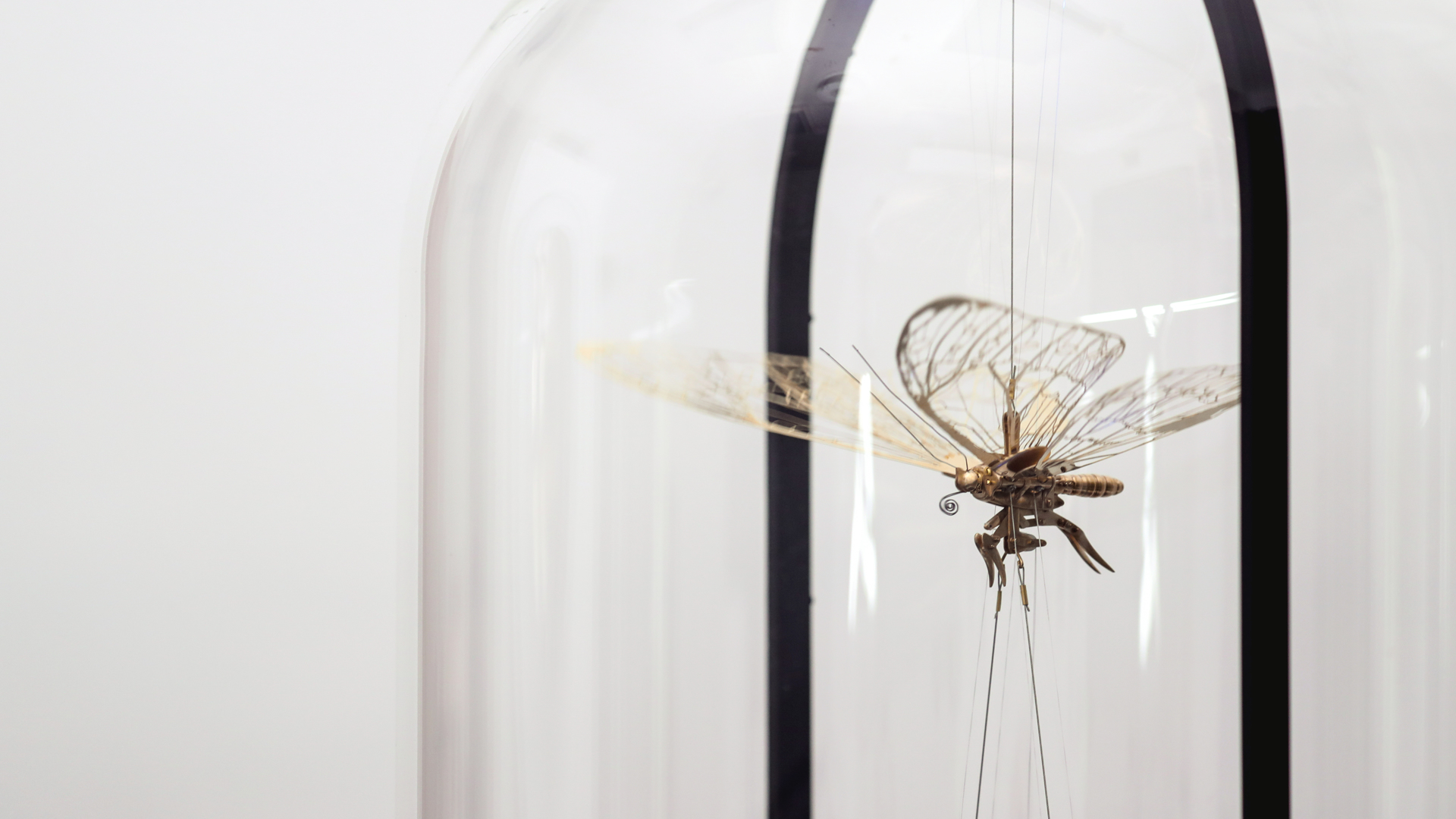 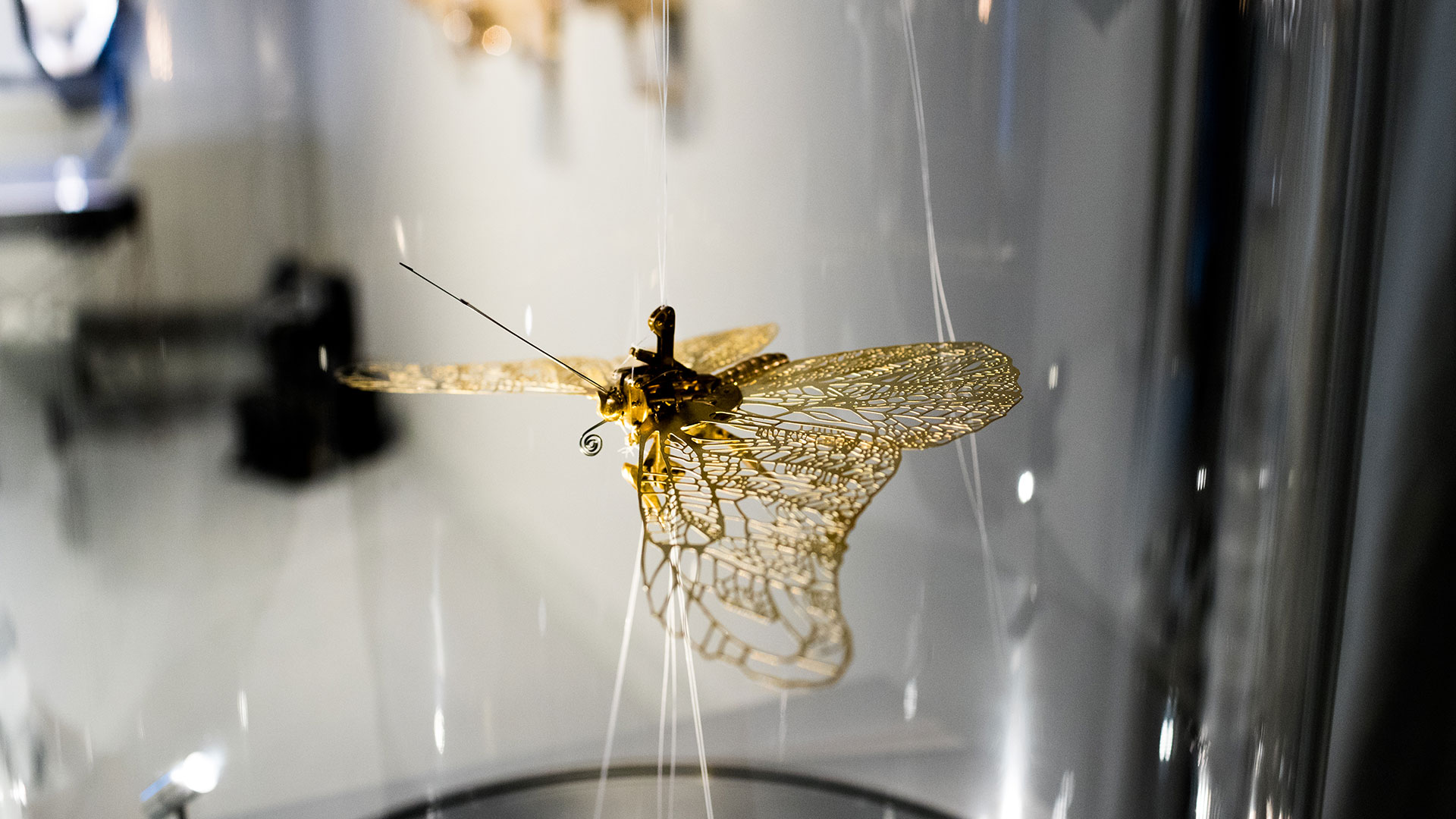 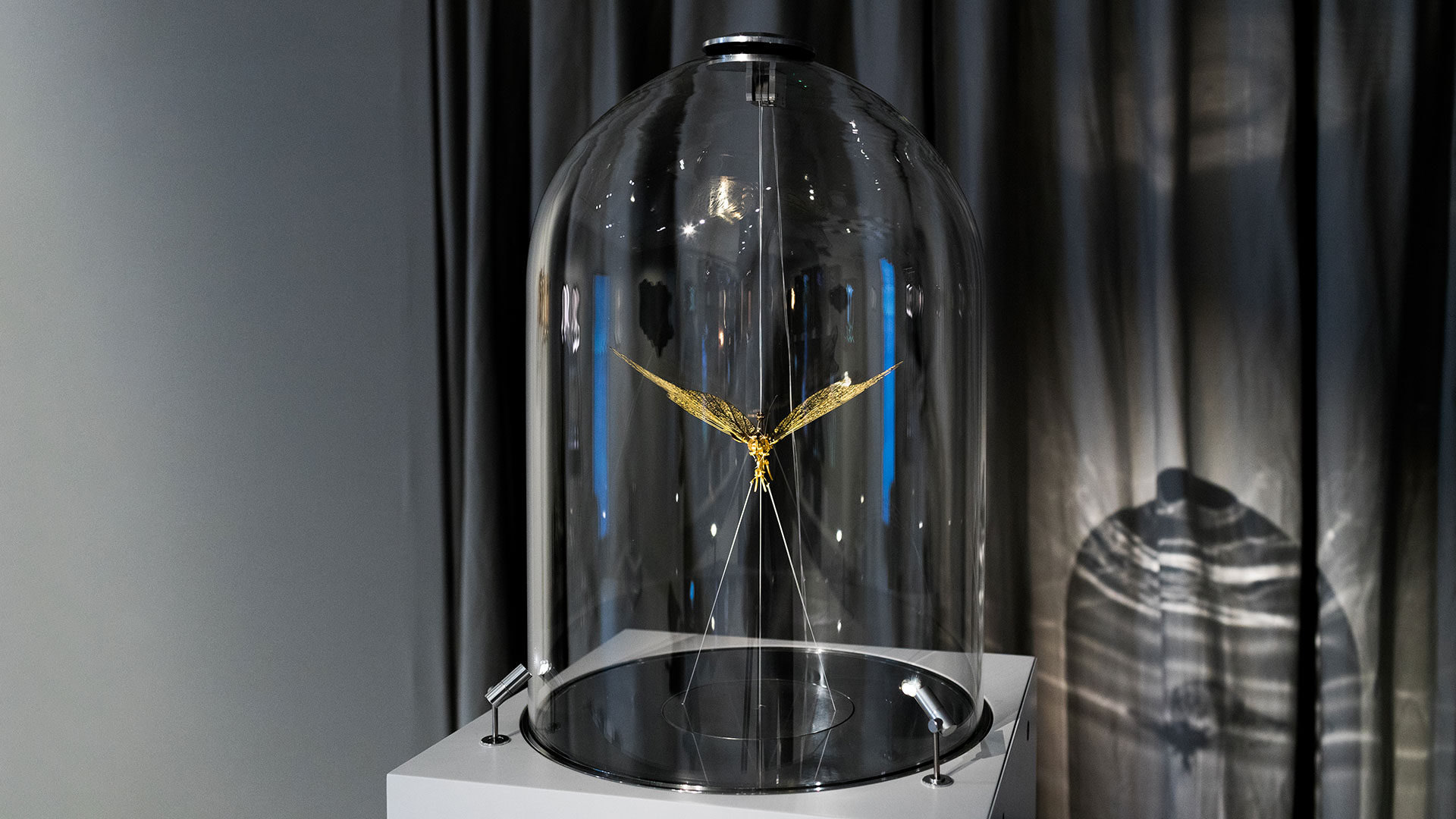 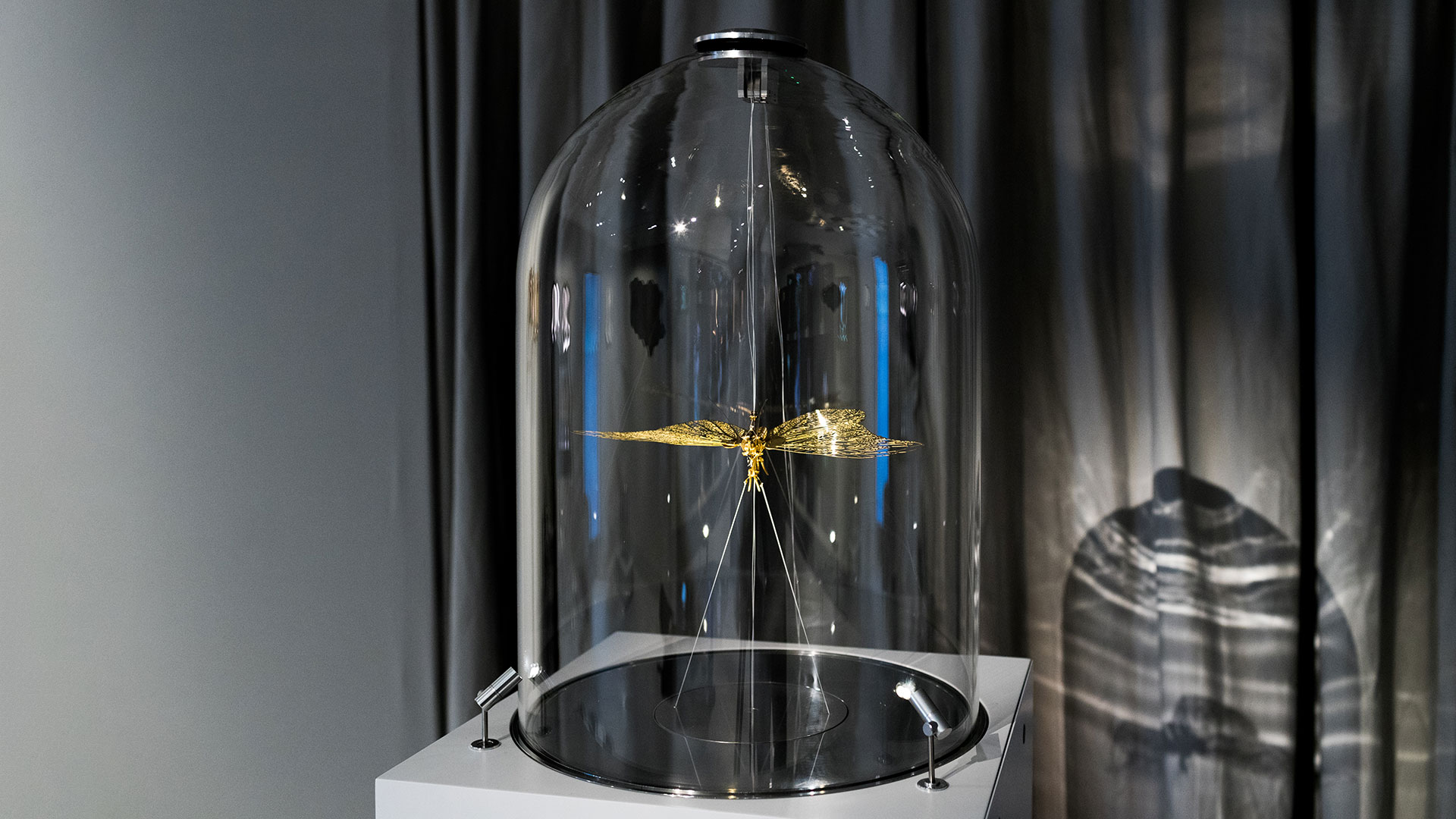 Strong parallels can be drawn between the inquisitive investigations and reinterpretations within Harris' designs, and the composition and performance aspects of puppeteer Oliver Smart's work. Upon their first meeting in 2014, the two initially discussed their respective pieces which centred around interrogating nature and movement. What subsequently transpired was the launch of one of the most ambitious collaborations either artist has ever undertaken.

The butterfly piece has been a unique and extraordinary journey of collaboration, prototyping, merging of technologies and techniques, and meticulous production. The desire to uncover the essential character of the butterfly in physical appearance and mechanical movement has been realised through a true labour of love. The essence of the artwork is not just the entire complexity of the study of this fascinating creature, but also the fascination in the process of uncovering, simplifying and encapsulating the essential movements and behaviours that defined the final artwork.

There is a natural synergy between the mechanical detail of the puppet and the exquisite clarity, attention to detail and form of the case and its concealed mechanics. Amidst the process of kinetically animating the exquisite butterfly puppet through programmed electromechanical drivers, a synthesised movement unfurled in which the movements were defined as a waltz: up, down, pause. This definition of the puppet butterfly as a study of 'flight as a waltz', serves as the underpinning mantra for the movement, which, when coupled with the interaction control that permits the butterfly to both interact and engage with its audience, conjures the delightful illusion that the butterfly truly is alive.

A collaboration between Oliver Smart and Dominic Harris

Other artworks and collections related to '
Flight is a Waltz: Puppet Flutter
' include: