2017
A hypnotising interplay of virtual butterflies within an antique bell jar that features a physical apparatus upon which they land.
⤣ SERIES
Images
Description
Context
Information
Info
Related 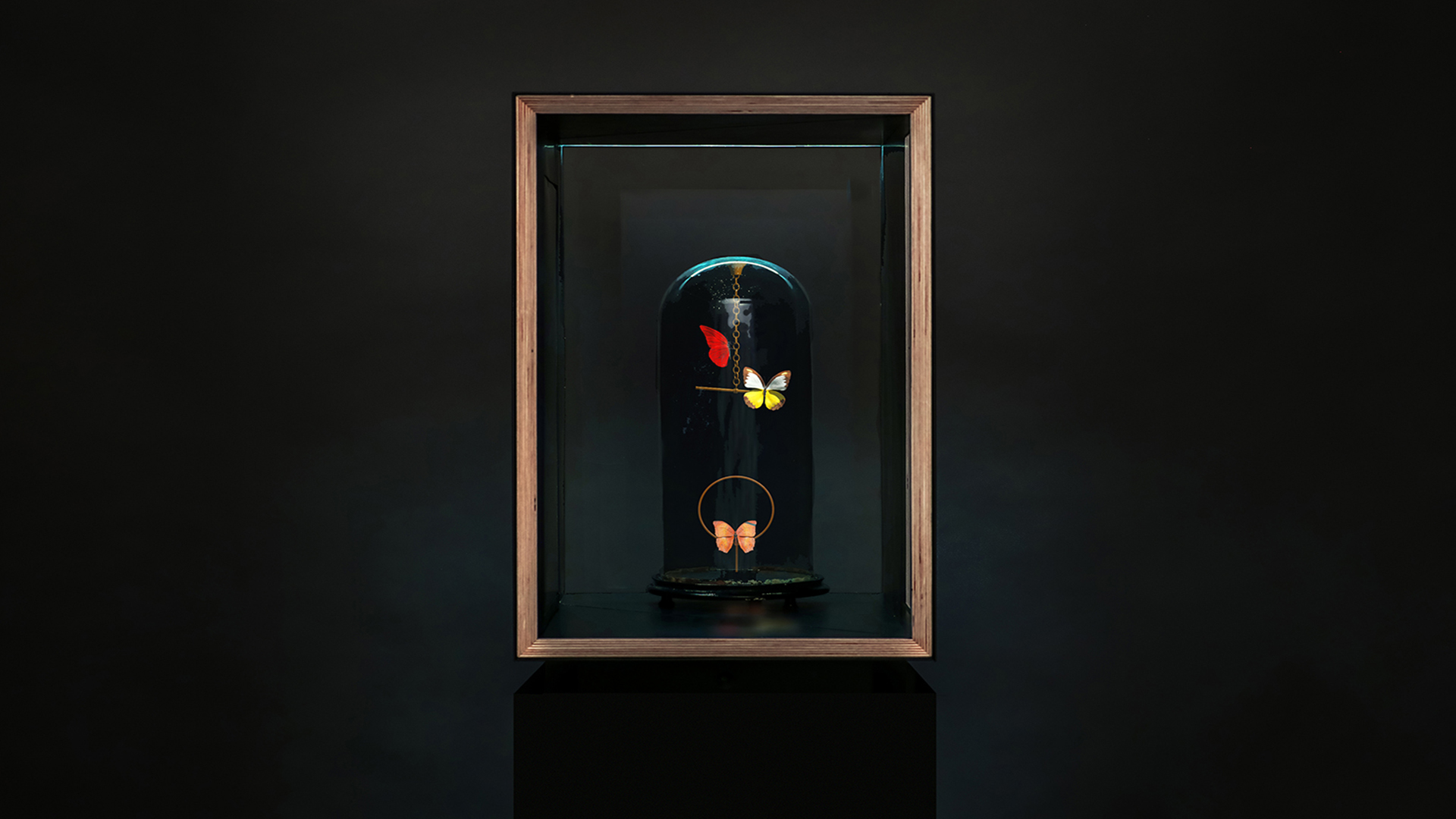 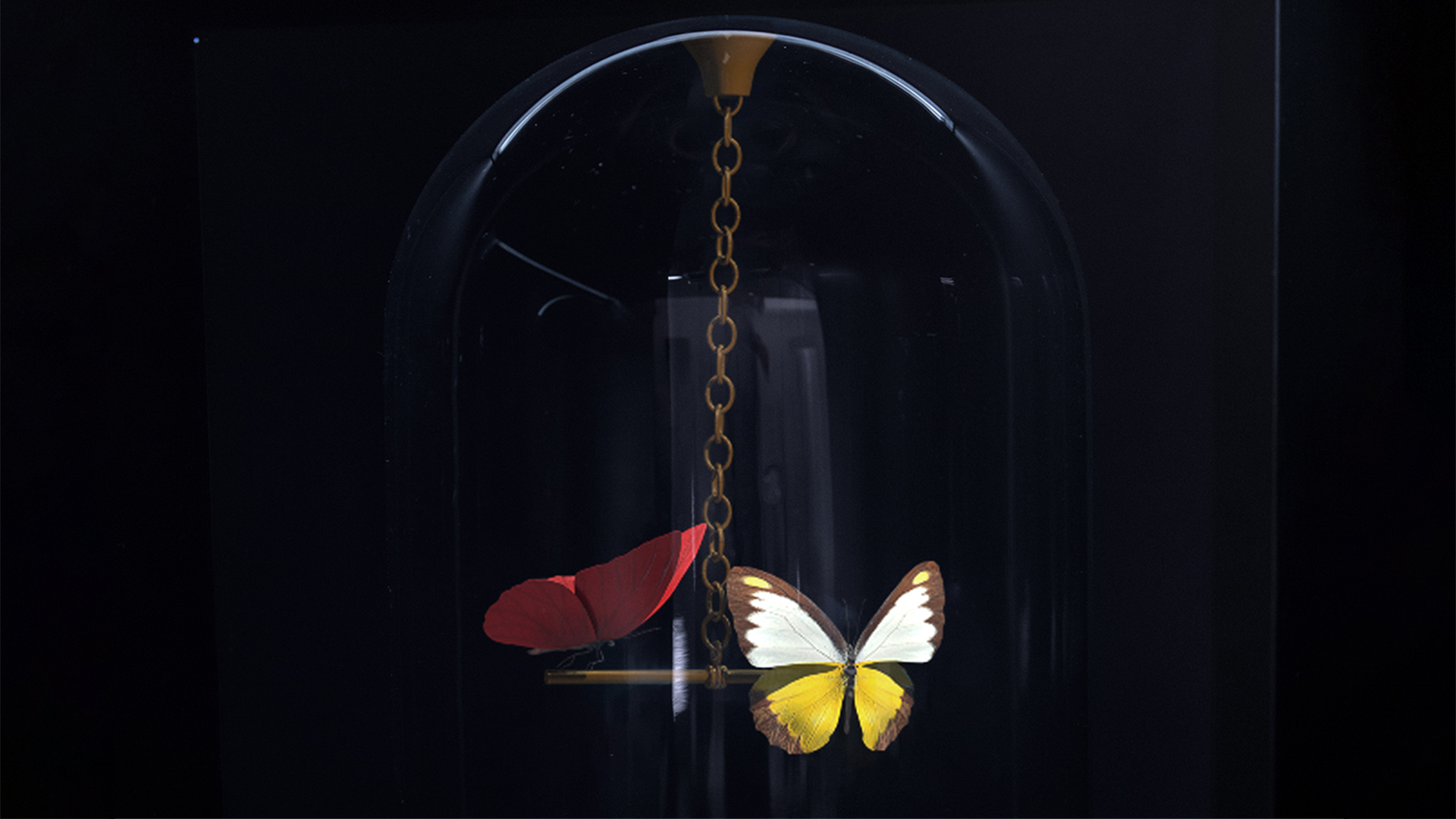 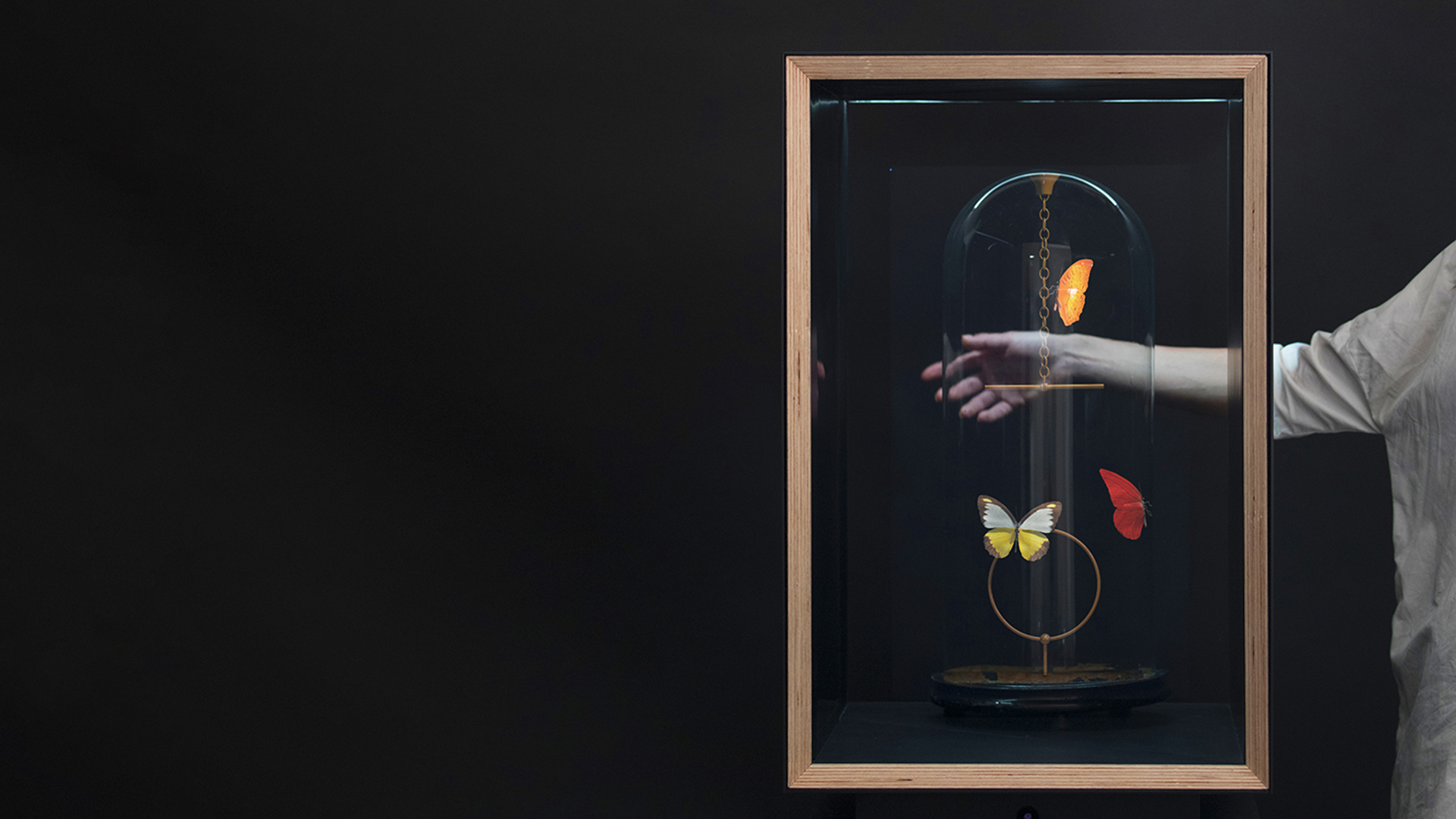 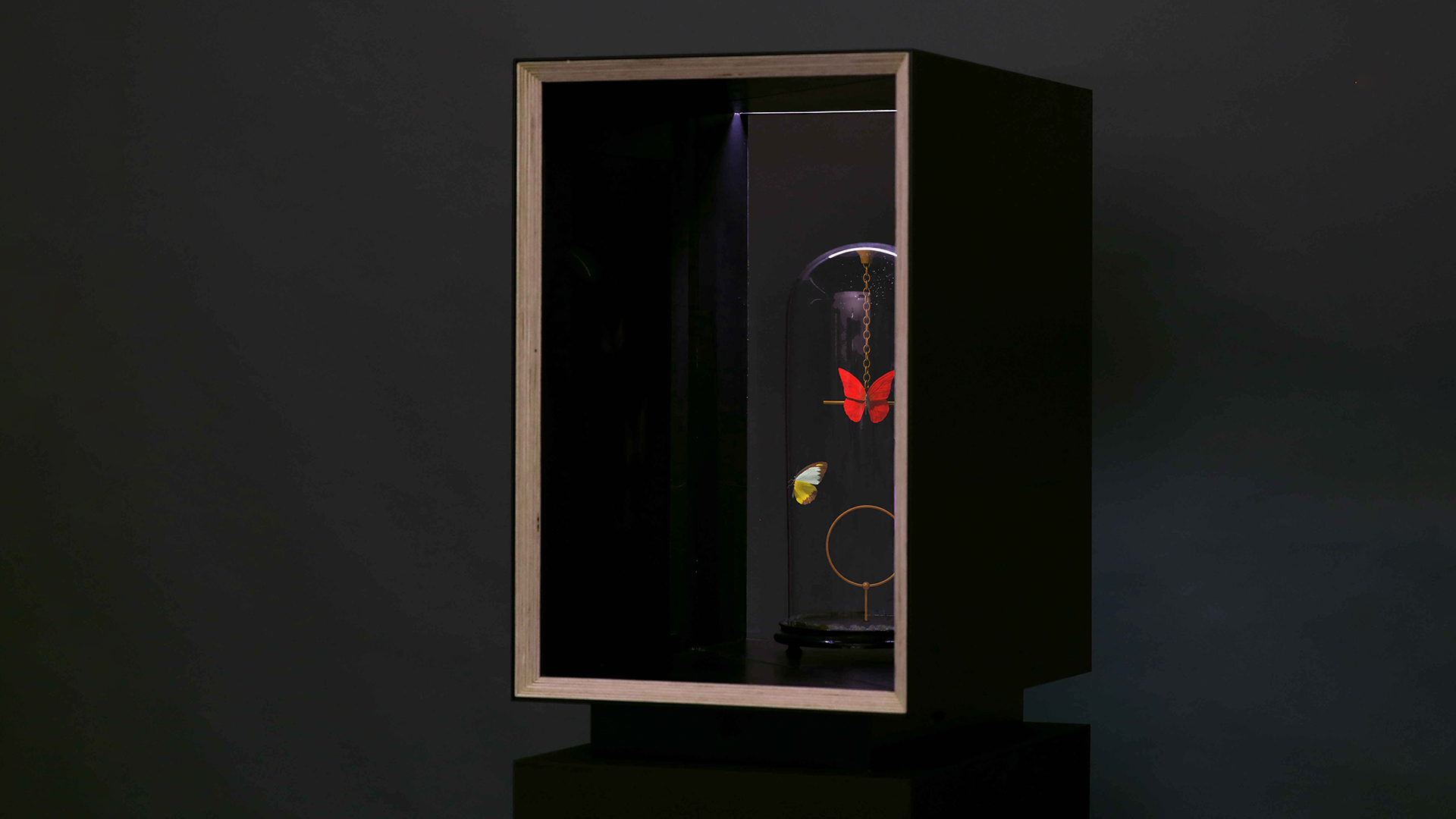 Featuring differing butterfly species within a single bell jar, the first, and Eastern Orange Albatross native to Indonesia, is painted in an eye-catching blood-orange hue. The contrasting Common Yeoman possesses tawny orange, almost golden, wings that beat rapidly as it flies around its environment. They are accompanied by a third butterfly, a Chocolate Albatross from South East Asia. A brass ring is situated at the base of the bell jar, while a pendulum, suspended from the dome, acts as an apparatus upon which the butterflies land: an allusion to how life hangs in the balance.

In a passive state, the butterflies calmly inhabit the glass bell jar. Upon interaction, however, they flutter about excitedly, at times landing gracefully on the pendulum and the brass ring, while at others colliding with the objects.

Other artworks and collections related to '
Flutter Hologram: Pendulum
' include: 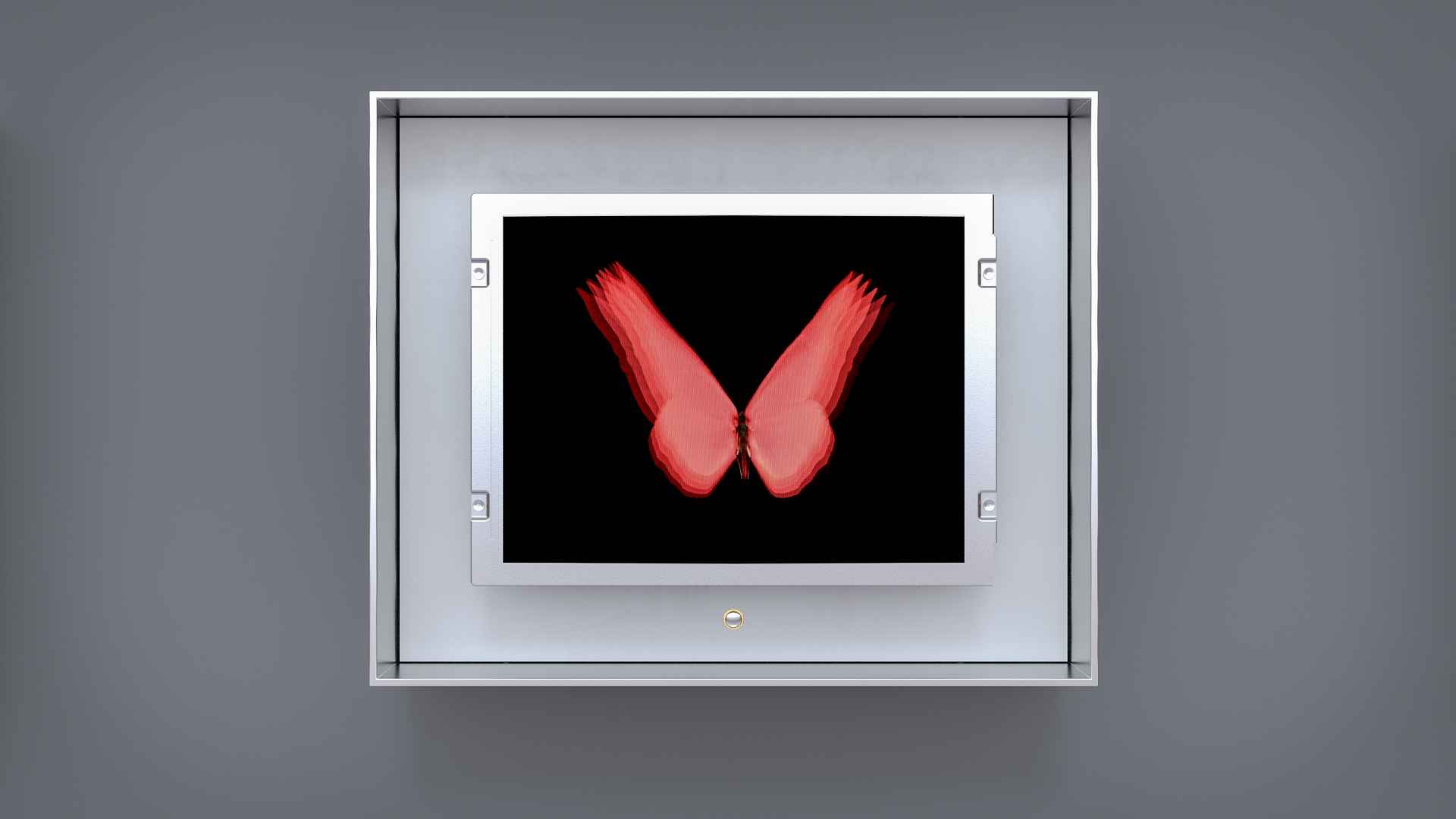 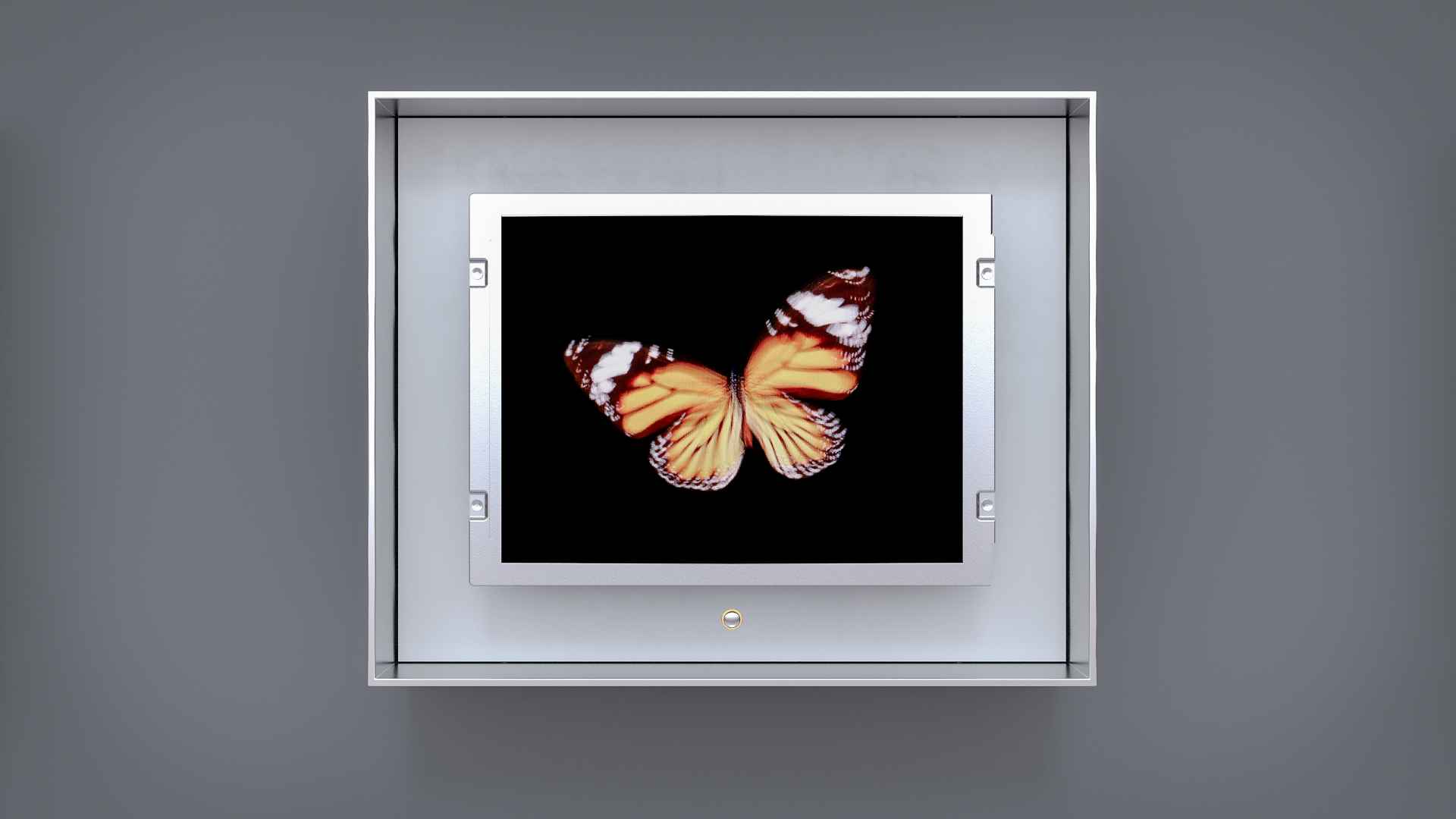