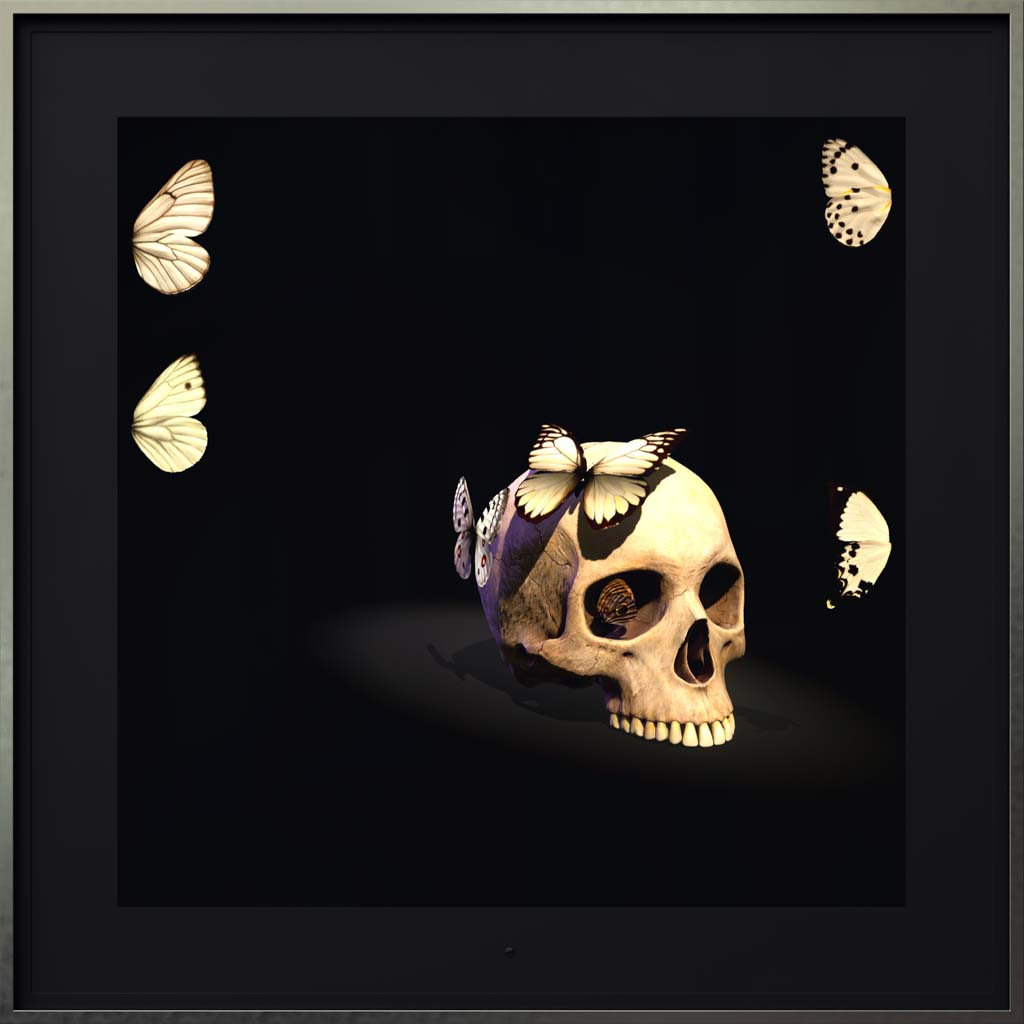 The Essence of Time : Tomorrow

2021
The completion of a passage through time. The third scene in the Triptych
⤣ SERIES
Images
Description
Context
Information
Info
Related 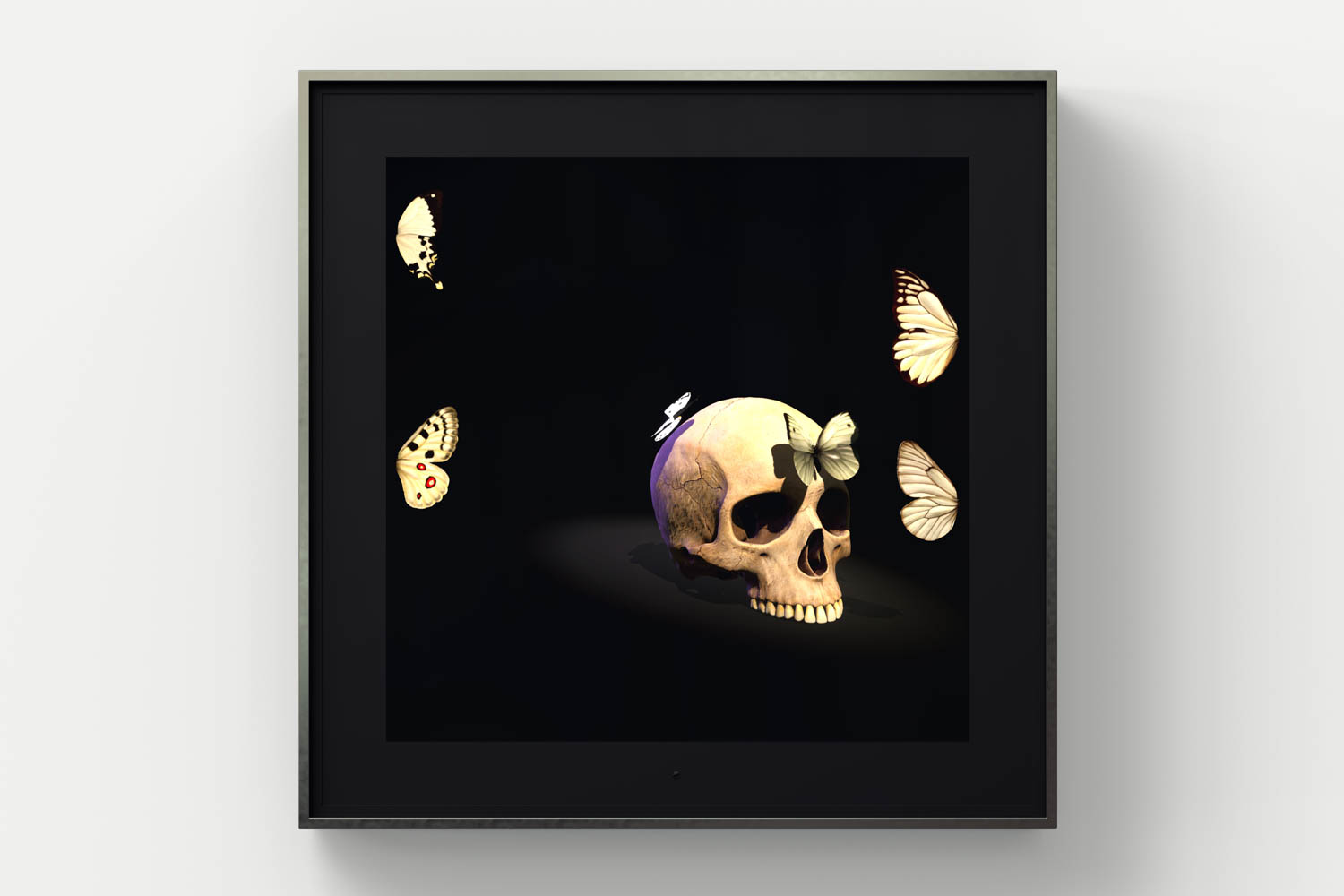 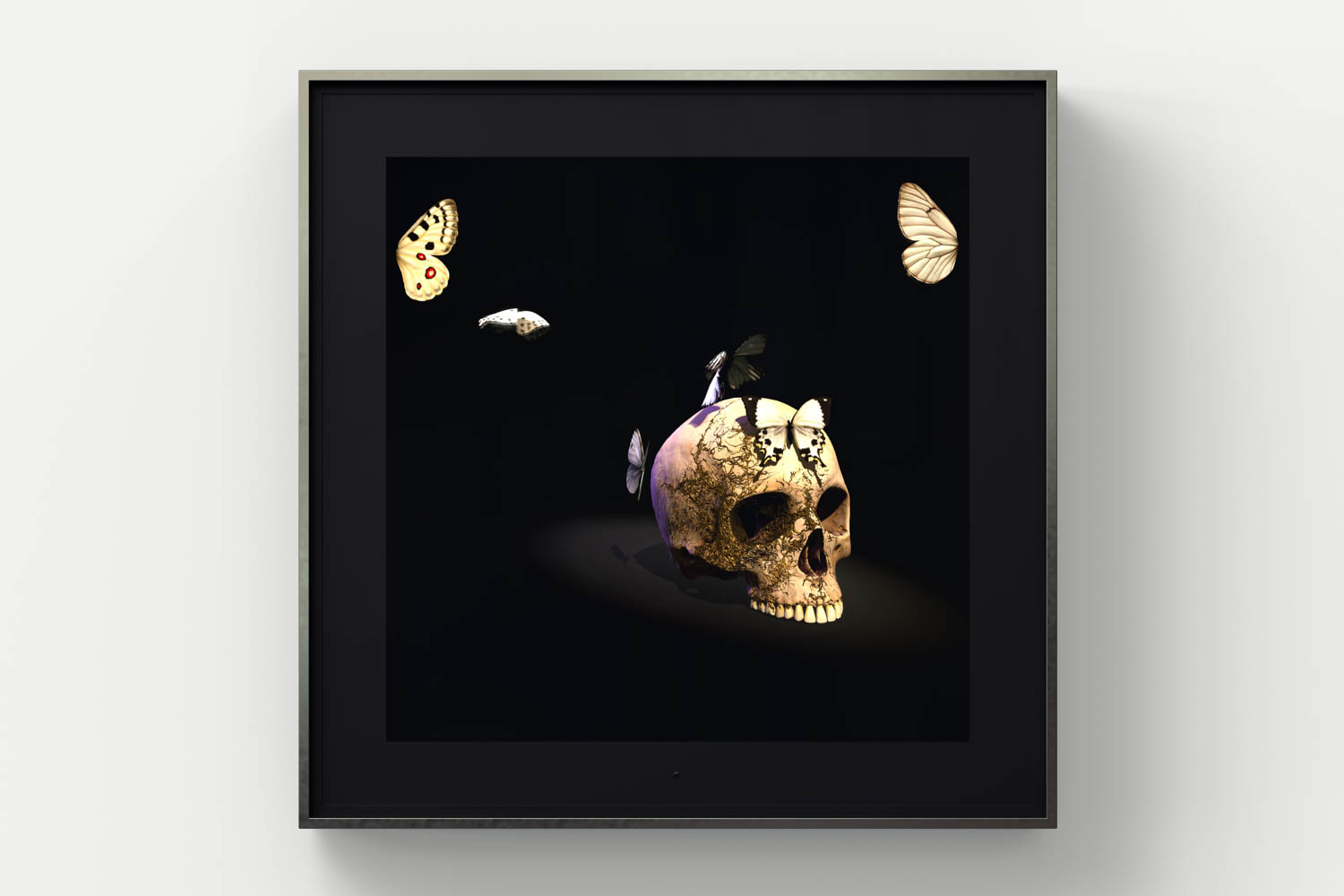 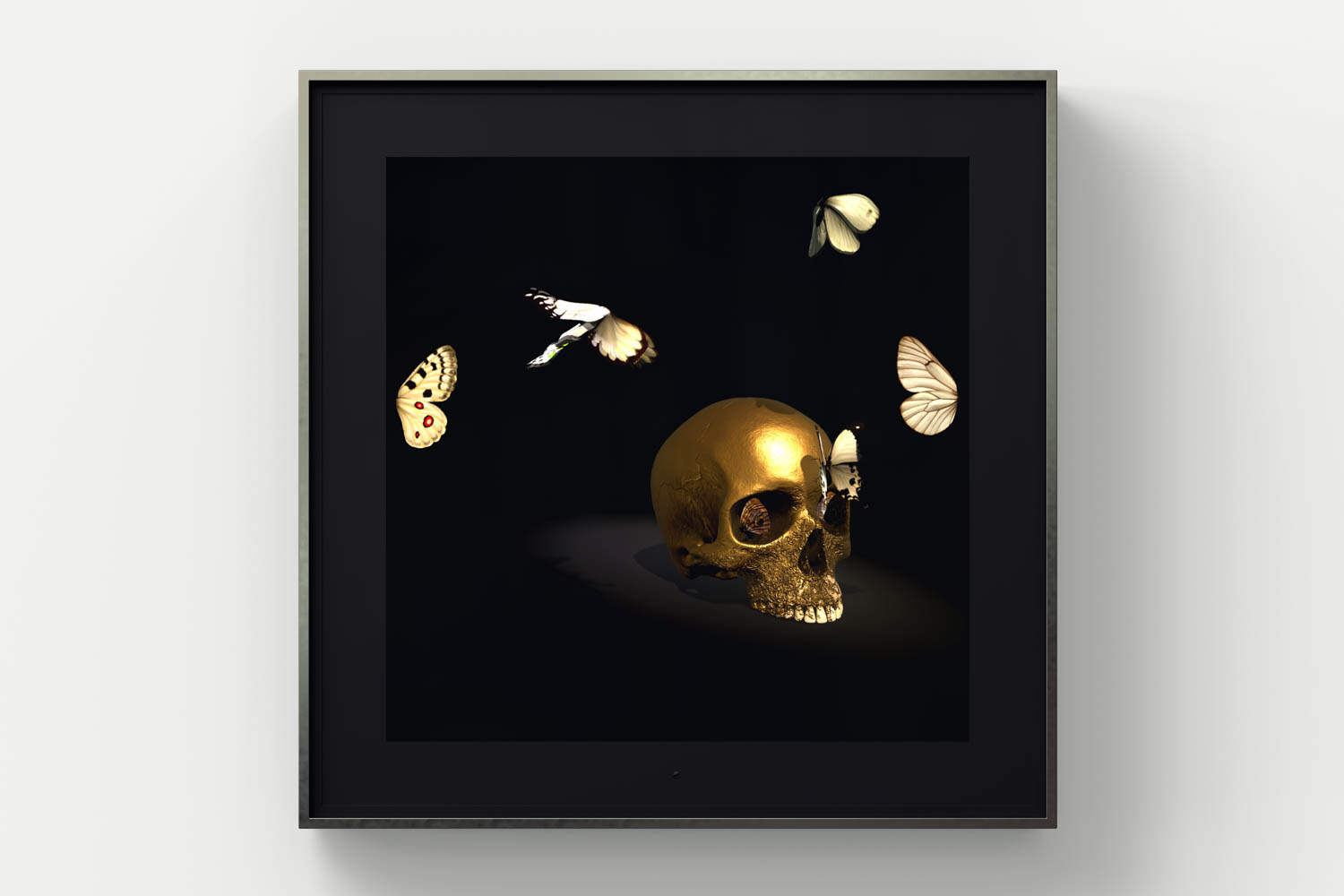 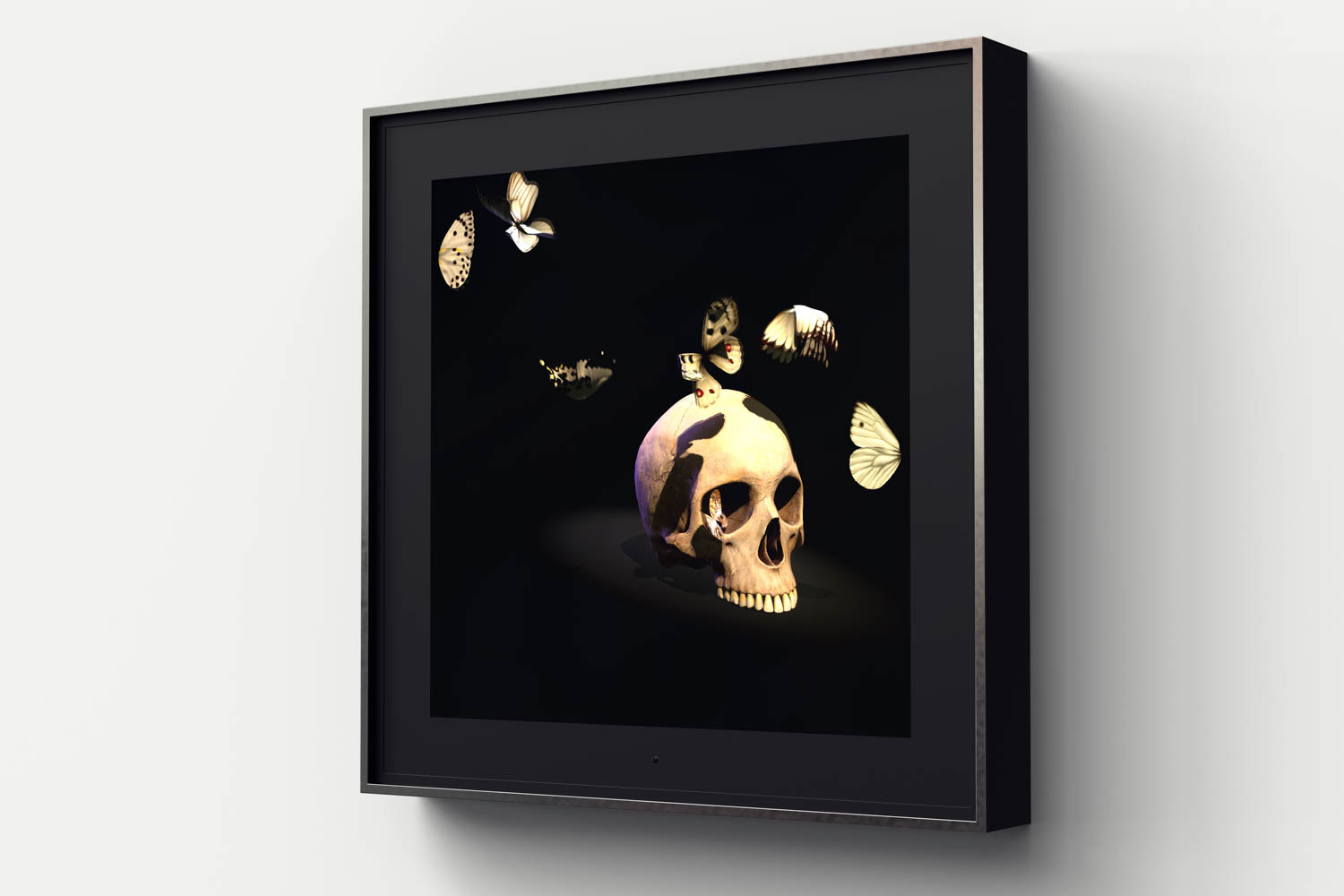 The final scene of the triptych marks the completion of a passage through time. Tomorrow features a skull, an inescapable representation of mortality that is reminiscent of 17th-century vanitas painting. Tomorrow calls for mindfulness: being present and grateful for the moment in which we live.

Dominic Harris’ new artwork The Essence of Time presents three scenes that are symbolic of distinct temporal states: Yesterday, Today and Tomorrow, capturing the journey of human experience within the realm of the imagination. Intersecting beauty, nature and art, The Essence of Time is charged with the visual drama of Dutch still-life painting, featuring objects drawn from both art and wider cultural history that are rich with symbolic meaning. The timeless settings are inhabited by butterflies – Harris’ signature motif – and, fittingly, a universal embodiment of the life cycle.
The triptych recalls the fascinating tradition of Wunderkammer: cabinets of curiosities from an era before museums, when travellers and explorers collected wondrous objects, both man-made and natural, for curated displays in their homes.
The first scene, Yesterday, celebrates the potential of a life yet to be lived. The opulent, bejeweled egg pays homage to the great craftmanship of Fabergé, whose Imperial Eggs recall the tragic fate of a grand dynasty – a luxurious memento mori in itself. The egg, featuring a unique butterfly motif, is opened by the viewer’s touch to reveal a delicate mechanical butterfly, a reference to Puppet Flutter, an earlier physical sculpture by Harris.
Today is a study of life, represented by an individual peacock feather that is alive in its iridescent glory and potent with symbolic meaning to many cultures – from luck, wealth and beauty to perception, awakening and spirituality. The feather sways gently in the breeze as the viewer moves in front the artwork, while the butterflies also respond to this subtle interaction.
The final scene of the triptych marks the completion of a passage through time. Tomorrow features a skull, an inescapable representation of mortality that is reminiscent of 17th-century vanitas painting. For the artist, Tomorrow calls for mindfulness: being present and grateful for the moment in which we live.
As with much of Harris’ work, The Essence of Time speaks of transience. Each of the scenes conceals an alchemical transformation to a golden state, revealed only by the touch of the viewer and further evoking the mysterious intrigue of the Wunderkammer.

Other artworks and collections related to '
The Essence of Time : Tomorrow
' include: 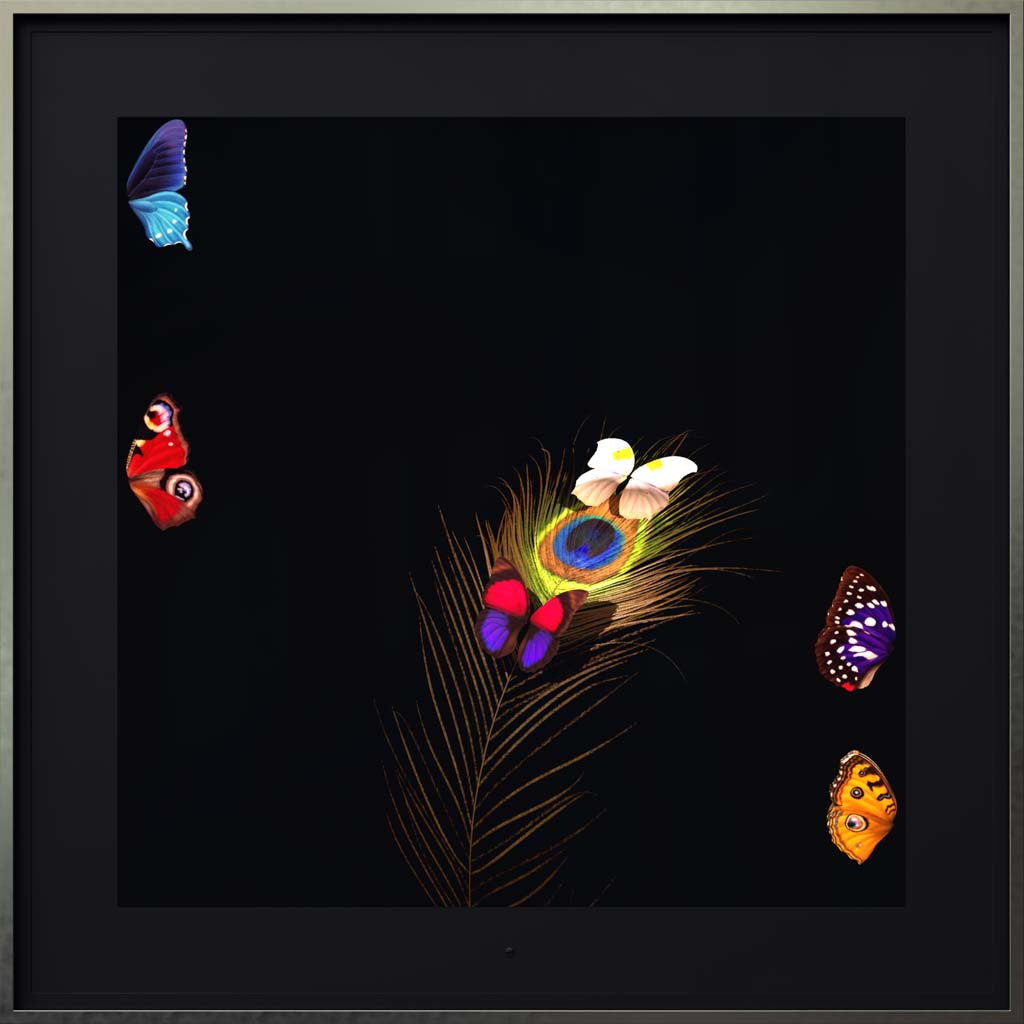 The Essence of Time : Today 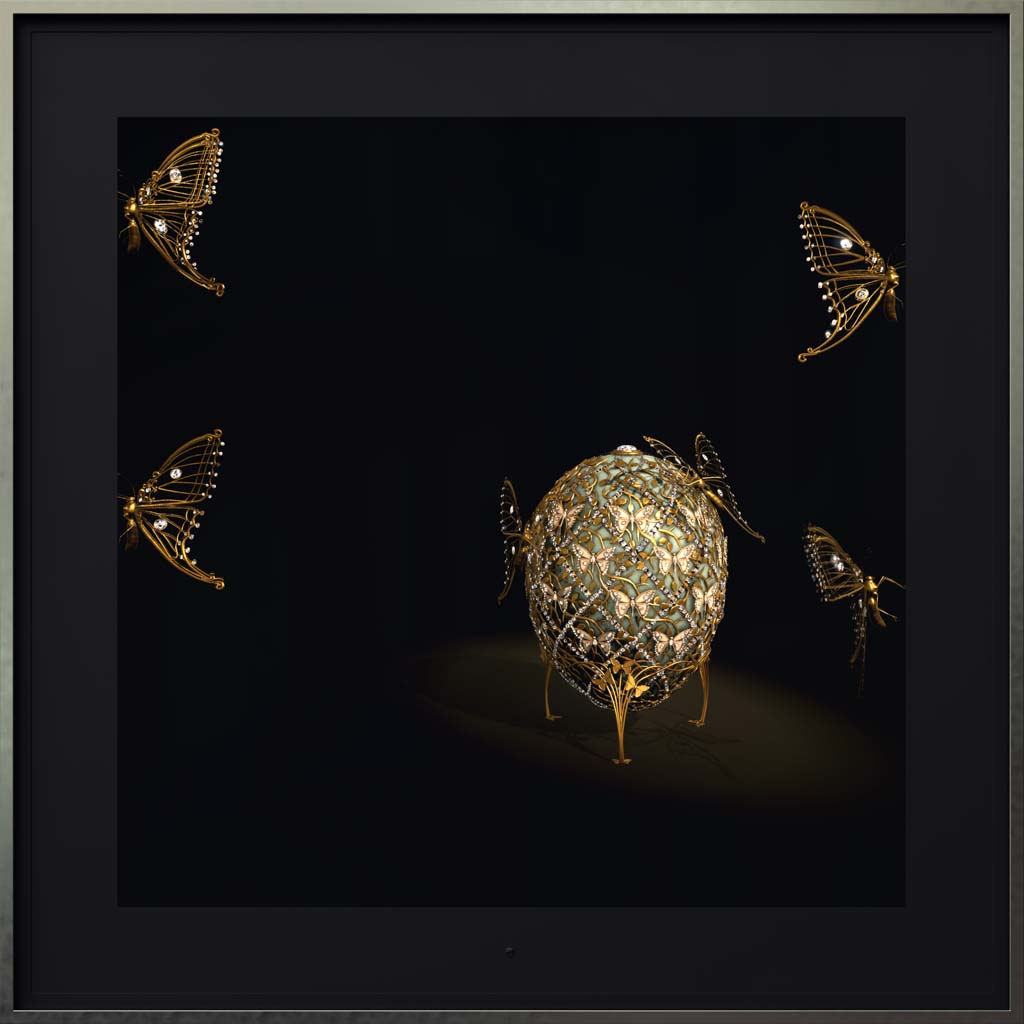 The Essence of Time : Yesterday 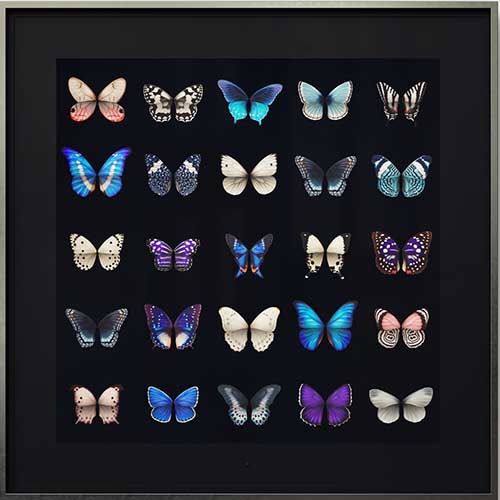